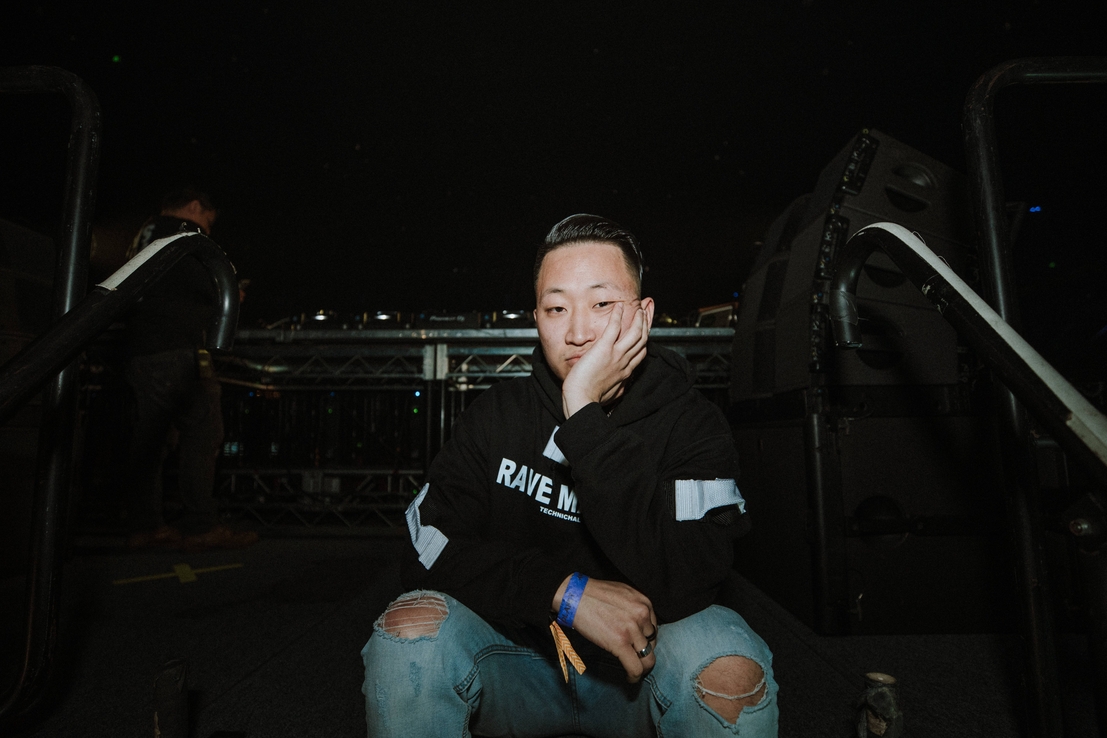 yetep on His Forthcoming EP, Playing His First Insomniac Event and Living in the Now [INTERVIEW]

A line had already formed outside Bill Graham Civic Auditorium as fans waited for doors to open for the first night of Crush San Francisco. I caught bits of conversation here and there, all excitedly talking about YETEP, who’d be opening the night; how it was some people’s first time seeing him, how much they were looking forward to it, and how they’d never been at Bill Graham at doors, but this was worth it. I shared the same sentiments and was ready to get inside for the music. The crowd quickly filled up during his set and from the get-go people were singing along to his tracks. It was hard to miss the excitement when someone recognized a song and the smiles that ensued. For yetep, this was something special, not only because so many people had come early to see him, but because it was his first INSOMNIAC event.

“It feels kind of surreal to be playing my first Insomniac event because I started making mixes because of them. My first rave was Together as One in 2010 and I went to EDC LA. So the reason I started loving electronic music was because of Insomniac,” he said. “The fact that it’s in San Francisco, which I have a huge love for and the people reciprocate the same love for me is kind of surreal. It seems like someone wrote the script to make this happen. It means so much to me that people came at 7:00pm.”

His set featured hits from other Asian artists, including BTS, GRYFFIN and DABIN, which went over really well with the crowd. With the increase in notoriety of Asian producers and so many large cultural moments that have propelled the Asian American community, this was special to see.

“I honestly believe so much in their music - and they happen to be Asian - which I am proud to play. I think it’s very important to support each other.” yetep’s first ventures into electronic music were his popular monthly Soundcloud mixes. From there he built a fan base and would transition into producing his own music.

“I realized very quickly that if I wanted to do this professionally or as a career, I would have to not do it as mixes. I wanted to do something bigger like playing festivals and playing the same stages as the people I looked up to and [producing] was the only way,” he said. “That was the biggest hurdle for me was trying to get over being considered as a ‘mix-guy.’ It took me three years to get over that hump.”

He continues to release mixes on occasion and attributes his own music’s sound to them and the many artists featured. Inspired by his own experience at electronic shows, he sought to recreate this through the mix series.

“The reason why I started the mixes was because I had such an enjoyment of how I felt when I went to these festivals and these shows and I wanted to show other people how I felt. So when I started music, I had this idea of how I wanted someone to feel when they heard a mix.” On top of all of this, the past couple year saw a ramp up in originals. With nine releases alone in 2019, it’s clear that there’s no stopping him as he prepares for his debut EP. Keeping true to his philosophy on embodying emotion in his music, yetep’s new tracks are a glimpse into his world.

“I told myself that when I started this EP I wasn’t going to make music just for the EP, I wanted to make music to reflect how I felt at a certain time.” he said. “The first two songs are called ‘I Hope’ and ‘Alright’ which are very sad, which was how I was feeling. But then there’s another song that’s a very uplifting and fun track. My EP is called ‘Here and Now’ because I wanted anyone listening to it to think about the present moment and that’s how I want to live my life now.”

No EP would be complete without a roster of collaborations from both vocalists and other producers that enhance the end result. For yetep, a lot of these came organically or through meeting mutual friends who also shared his passion. He was mindful to create something that would encapsulate who he is. This went all the way to who he collaborated with and making sure it was a true collaborative effort allowing for both artists to shine.

“I wanted to work with people who had a very big impact on the beginning of my career. I wanted a person who doesn’t even know me or had never listened to me, if they heard it, that they got all of me; every beginning to where I am right now, like ‘this is yetep and this is what he stands for.’ That was really important to me,” he emphasized. “So I worked with RUNN, who’s a huge artist I look up to. I worked with Kyle Reynolds and he had a duet with Heather Sommer. Every time I meet someone, collaboration comes out from us just hanging out as friends and making music. One thing that’s really important is I feel that vocalists have such a huge impact on a song that the word ‘featuring’ kind of gets let down. For example it’s ‘yetep featuring Kyle Reynolds’ but if it wasn’t for Kyle there wouldn’t be ‘Petals from a Rose.’ I wanted it to be our song and both of our expressions. So what I like about working with artists is that we will bounce ideas around and luckily I get to work with people I really love and really get their vision.”

As for dream collaborations, he lists CHELSEA CUTLER, ELOHIM and a Korean artist.

“I was born in Korea and I want to bring my culture to the world,” he said. As if creating and releasing music wasn’t already impressive, yetep created COMMONUNITÿ, a series of events featuring up and coming artists all with proceeds going to benefit various non-profit organizations. With events across California, their mission is to “support local artists, collectives, labels and non-profits while promoting music and arts communities as a whole.” Several events have been held in the Bay Area and have cemented yetep’s presence as more than a producer.

“I always thought there are things bigger than music. Any time I had the chance to volunteer I would. I want to have a positive impact and give back. When I do COMMONUNITÿ and give a certain percentage to a non-profit it’s like just by you being at this party, you’re making a difference. You’re involved and I hope that that ignites other people to do something similar,” he said.

Sitting down and talking with yetep and getting to meet his team was such a pleasure. It’s obvious that this a group of friends who have become like family and genuinely support one another, which is so vital. While we wait anxiously for his EP, you can catch him as a special guest on select dates of VINCENT’s Lost and In Love Tour. For more information, visit his Facebook page.