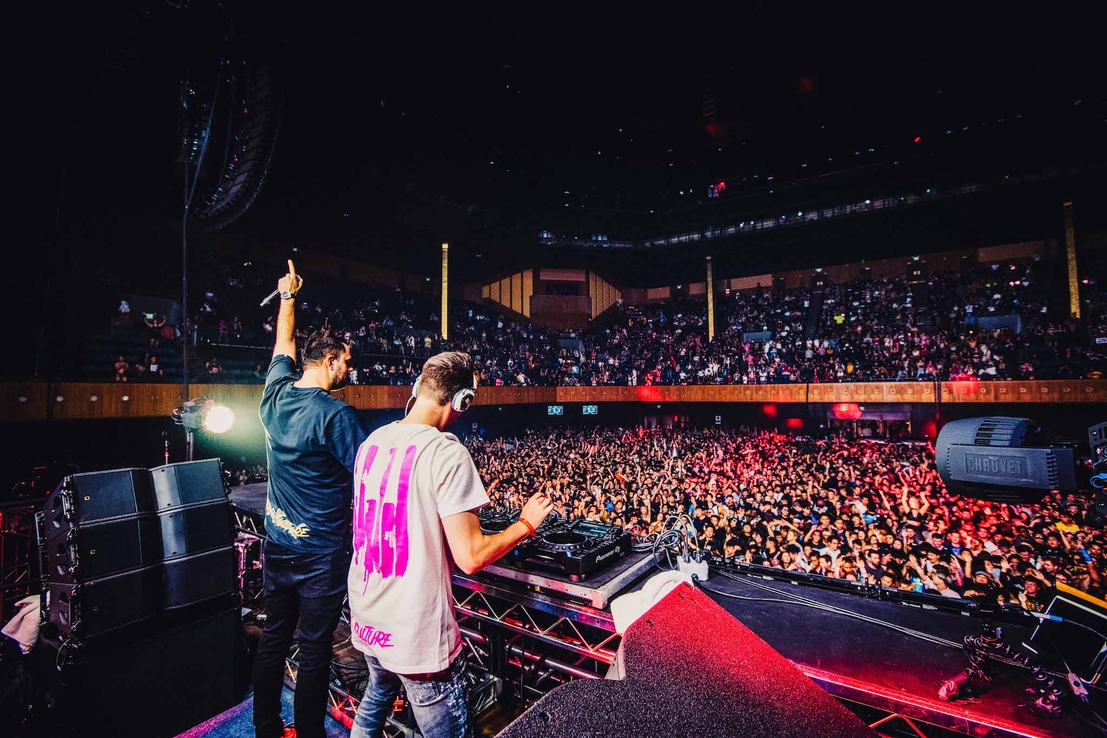 W&W is DJ and producer duo Willem van Hanegem and Ward van der Harst. The two have been bringing the best of trance for over a decade running. It is rare to see such an incredible track history that has made a global impact on electronic dance music. W&W has always been known and loved for their big room anthems and records that bend genres together. We got a chance to catch up with them several years later since our previous interview with them at Miami for Winter Music Conference.

You have both been around over a decade now. Looking back does it seem that long?

Willem: Not at all it feels like a few years. But someone did mentioned to us that this is our seventh time performing main stage at Tomorrowland. I honestly thought it would have been like the third or fourth.

Ward: If you look at our previous uploads of our set at Tomorrowland, you will notice some say uploaded 11 years ago.

What would you say has changed since the beginning when you both started?

Willem: Of course we learned a lot. Production-wise, DJ-wise, etc. I don't think much has changed with us but the scene continuously changes as well as the sounds. Like when we started, dance music in general was not that big. It was just a few clubs and countries that played it. Around 2012-2013 it became huge in the U.S. and also worldwide.

Ward: More development than changed I would say. You typically grow because you normally wouldn't do the same thing.

Willem: We produce very outspoken music and very big sing along themes. If it's trance, big room, or hardstyle, happy hardcore, etc. we still produce the same kind of way.

Ward: The chords are the same. 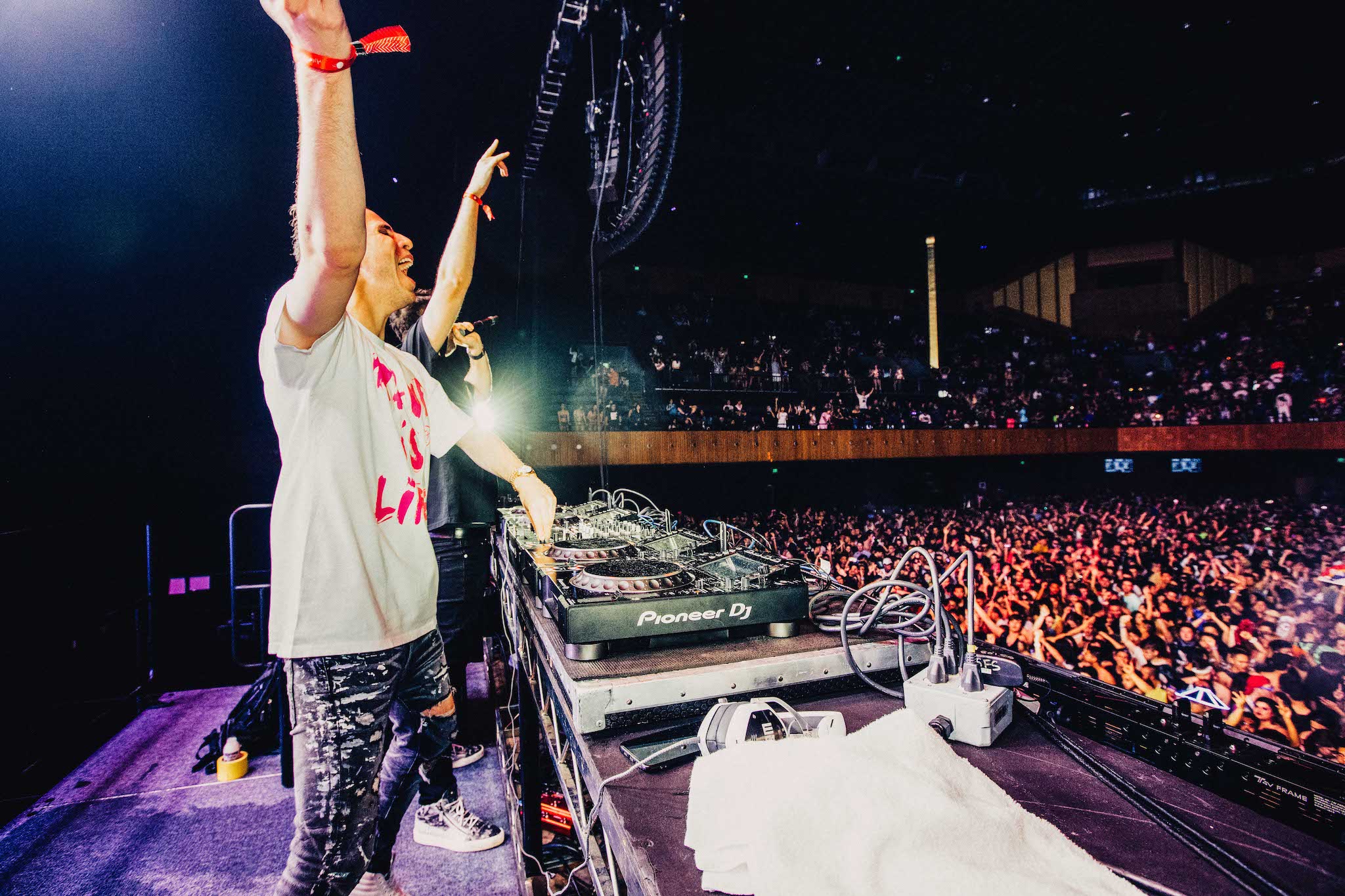 Coming from The Netherlands, and touring around the world, how would you describe electronic music today?

Willem: Right now it is very global. Every where is different. Today is going to be interesting because a lot of music here in U.S. is a very bass scene. We play a very European style sound that is actually really popular in Asia. I would like to see how it goes.

Ward: At one point every where was a little bit the same worldwide. Like you could play a certain song and it would work every where.

Willem: Every country is different. I think in 2012-2013 when the whole dance scene exploded here and you knew exactly these songs worked every where. Now it is very location based. In U.S. you have this scene, in Europe they have that and Asia like this.

Willem: Today will be interesting. I want to see how people will react.

Talk to us about NWYR.

Ward: So we started out as a trance project. For me nothing changed that much but for a lot other people it did like when we went more into the big room stuff. Even years after, people were still asking if they could have some old W&W trance. The truth is that we never stopped producing them. We just never really released them.

Willem: Even right now, that is why we have so many songs. We all made them over the years. So we decided to make a new project that is separate from W&W and release all that music for free. For the people who have been asking for 4-5 years. They are our diehard fans. We really enjoy making it and playing it as well.

Talk to us about your radio show Rave Culture.

Willem: We used to have a radio show called Main Stage and the record label as well. After awhile we were wondering like what if we wanted to do stage hosting at a festival. But festivals already have a main stage and you cannot have a Main Stage Stage! So we rebranded that into Rave Culture. This was inspired by our fans which are very diehard and almost like a culture. The radio shows air bi-weekly. We have a lot of music already on the label and a lot of new talent.

Ward: Definitely WILL SPARKS. SABERZ, Sandro Silva who started the whole big room thing with "Epic". Almost every day we get a demo.

Willem: It has been like that for years. We would get something and be like how we release one song every day? Right now it's been like every week. We have a lot of content right now, a lot of upcoming releases for W&W and for Rave Culture coming up. We also have our own clothing line which will be getting new merchandise as well. 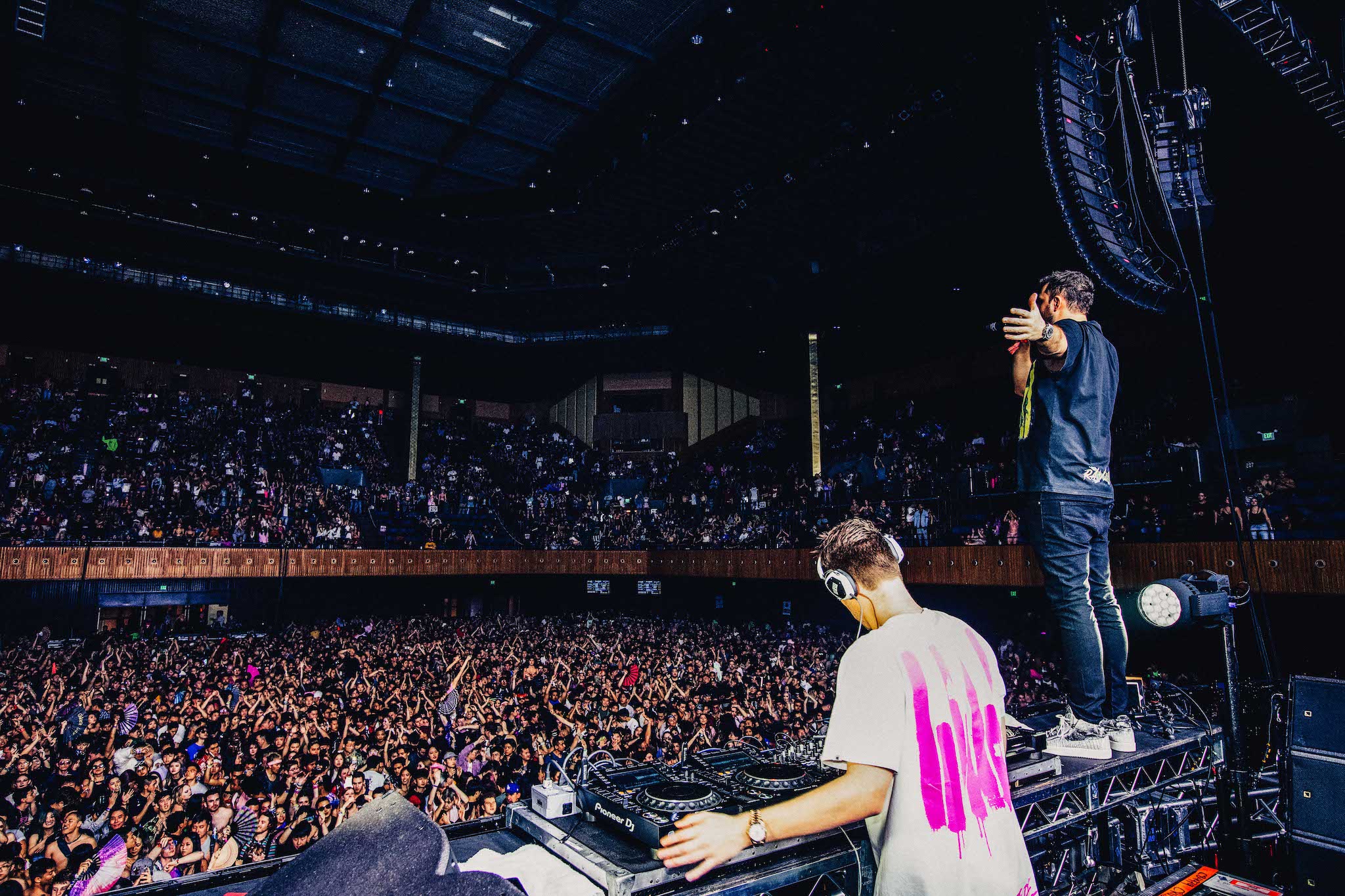 How you would describe to us your sound today?

Willem: Energetic and euphoric. It needs to be anthemic.

Ward: It doesn't matter if it's electronic or not, as long as there is an overwhelming feeling we will play it.

Willem: When we went out to dance parties we would always love the big anthems with big leads. That made the night for us and what inspired us to start this project.

Talk to us about your latest release "Tricky Tricky" with TIMMY TRUMPET, Will Sparks and SEQUENZA. How did this come about?

Willem: We actually had this song for awhile. It started as a 9 minute demo. I liked the idea but it was super long. Will Sparks asked we would like to work on it together and we did. He would play his trumpet piece. We eventually combined all those elements into a 2-3 minute track instead.

Ward: It was a mess. We really had to strip it down. But the chord progression was really good.

Do you have any upcoming releases you can share with us?

Ward: We have a release with Sandro Silva coming up. One with LUCAS & STEVE and one with DIMITRI VEGAS & LIKE MIKE. Oh, and another with FEDDE LE GRAND! This is all within 1-2 months. Still working on many songs in our studio at Amsterdam. The biggest question is which is the one we decide to release.

Willem: We have like 30 unreleased songs right now. We would send like 6-7 to our team and discuss which ones are to be released.