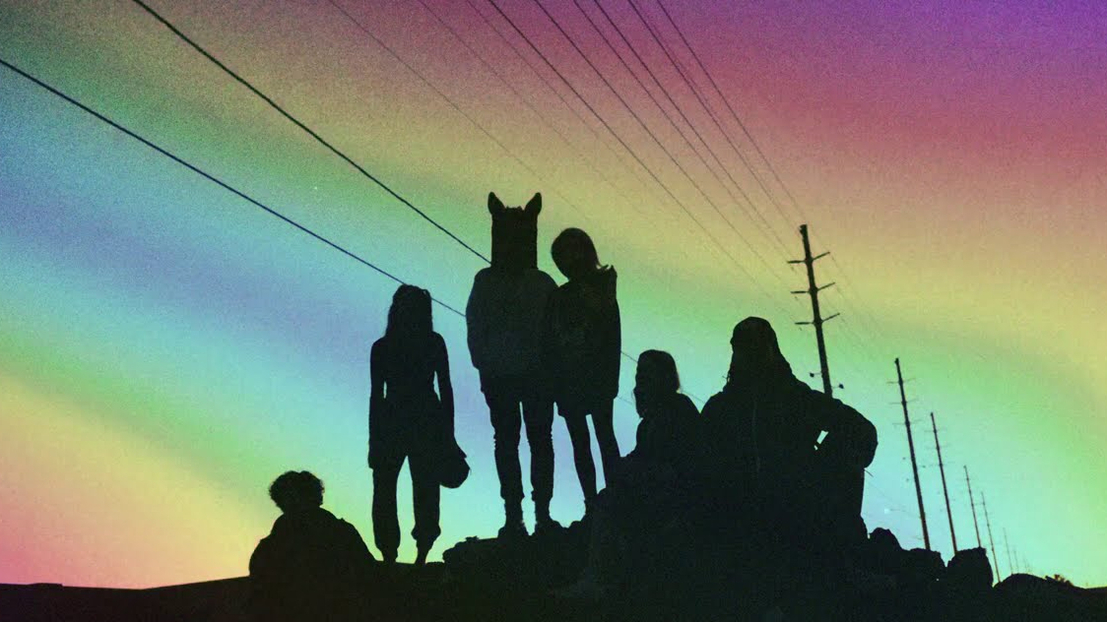 It’s the end of the world, but it’s ok. Exclusive Interview with Slow Magic

How does it feel to present the world with ‘it's the end of the world, but it's ok.’? What is something that you would like fans to know about the album
I want people to know that even when things get really difficult and insane that everything will be ok. The album releasing in the midst of current events was not planned when the title was chosen back in 2018, but the idea is more real than ever now.

The artwork for the album and each single features you and a group of people in silhouette against beautiful colored backdrops. What influenced you in the visual concept of the artwork?
The photo was set up and taken by a good friend John Grub (aka JOHNLUKEIRL) with friends from his work on photos and videos. Directly to my left is Dream Angel; my wife and creative partner. The idea for the artwork was born as a take on the post-apocalyptic aesthetic mixed with an optimistic twist.

The title and themes are very timely given the year we’ve had. What are some of the other musical or thematic inspirations you drew from for the album?
I wanted to make an album that felt new for the Slow Magic project but also that was tied to my roots. I also wanted to make a more personal album in certain aspects, with my own vocals and lyrics appearing on “All I Need” and “Bleed.” I try not to pull too directly from any specific bands, DJs, or producers but I wanted to make songs that would work in a live setting from a small club all the way to a stadium.

How would you describe your production process? Has it changed with everything that’s been going on?
It hasn’t changed much but I think having a consistent and monotonous routine has been the big difference. I usually start with something melodic like chords or a melody and eventually just layer a bunch of things including drums. I’ve been trying to be more minimal in my approach but having the ability to throw any kind of sound or instrument into the mix is sometimes hard to pass up.

Which song came the most effortlessly and why?
Good question! The intro and outro tracks just happened naturally near the end of the album process. I just sat down at the piano and played it out on the first or second try. I decided to follow my instinct and play a similar melody to something I play every time I sit at a piano. This ended up being a personal but fun way to open and close the album.

Which song was the most challenging to produce and why?
“All I Need” was the first song I started for the album and took a long time to finally finish. I had a clear idea for how I wanted it to all sound which can sometimes make getting to that perfect arrangement and mix harder to achieve. I’m really happy with the result considering the multiple project files involved.

How was the process with Manila Killa, RUNN, Shallou, Paperwhite and other collaborators on the album? How did the tracks you worked on together come about?
It was really great to work with all of these artists! Some came from sessions in LA last year and some came from playing shows and touring together (like Manila Killa and Shallou). A lot of the process turned remote and more email focused once the lockdown started this year. This came naturally to me as well in my 2017 album Float I collaborated remotely with all of the features (not having met most of them in person still)!

Now that ‘it's the end of the world, but it's ok.’ is out what are some other exciting things on the horizon?
I have a lot of things planned as well as looking forward to playing concerts again when possible! I am working on a soundtrack for a really cool video game, working on a follow up to my debut album, and also working on some other things I shouldn’t say much about.

Once this is all over, what is your dream venue or festival to play?
I would love to come back to so many festivals, venues, and cities but my first answer would be to return to Red Rocks.

Who would be your dream collaboration and why?
I would really love to work with Burial, it would be such a dream and that would really make Dream Angel happy as well.

P.S. Stay safe out there!

Slow Magic · it's the end of the world, but it's ok