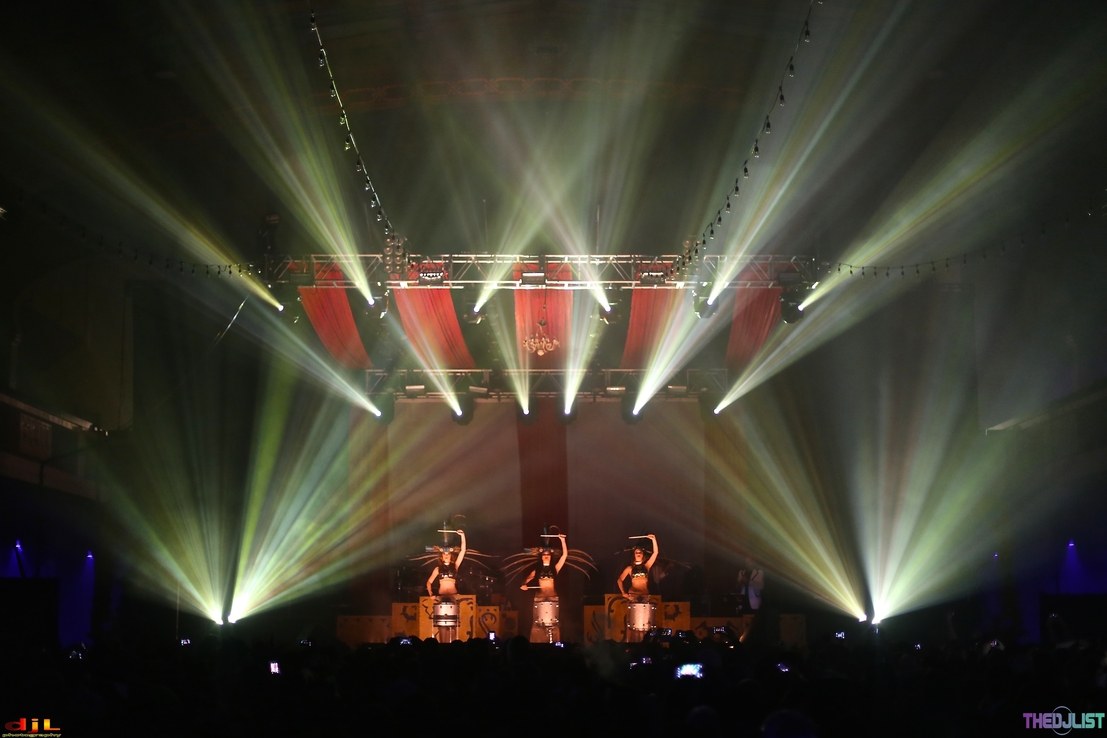 The next generation of Electronic Music synthesizes the audio, visual and tactile elements into one musically inspired organism.  It captivates each and every one of the senses without overstimulation, leaving each listener, dancer, hooper, light show artist inspired, engaged and wanting more.  Sure, bass is beautiful and heavy hitting drops know just how to shake your soul to the core; but there's something to be said for the empty space between the notes, a whimsical auditory adventure in Eastern Scales and stage performers oozing with professional energy.  The next generation of EDM is already here - and it's been waiting for you.

A triumverate of trippy, World Music inspired beats and elegant compositions - David Satori, Tommy Cappel and Zoe Jakes - BEATS ANTIQUE has been crafting beats and captivating audiences since 2007.  This past Autumn, they took North American by Storm for their Creature Carnival Tour, with LAFA TAYLOR, Simon Posford in a SHPONGLE DJ Set and ethereal, downtempo EDM guru EMANCIPATOR in tow. After a bevvy of successful stops, in November the tour drew to a poignant close at Los Angeles' famed Shrine Exposition Hall.   Host to raves like HARD 13 and How Sweet It Is, and  shows from the likes of Q-Dance, Above & Beyond, Kaskade - The Shrine was the perfect setting for the whimsical event, boasting a bevvy of beautiful beats.

The night started off with Lafa Taylor on the mic and slowly shifted to a moody, melodic set from the Portland based producer Doug Appling with Ilya Goldberg getting down on the violin. Penultimate was none other than producer Simon Posford is a unique Shpongle DJ Set.  Last time I was lucky enough to get my Shpongle on, he had the Shpongletron 3.0 and Zebbler by his side.  Though the visual spectacle was subdued, the music was on point - as Shpongle proceeded to throw one hell of a party, giving new life to old tracks and some from his latest album the Museum of Consciousness ( though admittedly, most names are so obscure that I have issues remembering them)

Last, but most certainly not least, were Beats Antique - accompanied by a stellar performance troupe in exquisite costume. The Creature Carnival Tour was about More than a menagerie of musicians and expertly devised compositions, The Creature Carnival Tour was about the audience - the community - who come together with such poise and grace.  Strangers become friends, flowing around each other and often - even with each other, as many had brought hoops, poi and the like as they let their freak flags fly with delight.