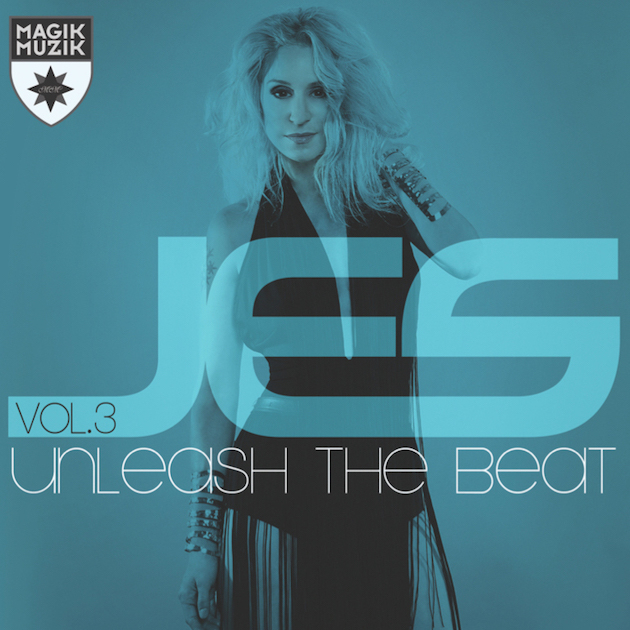 From singing and songwriting to producing and DJing, New York City born -Ā Los Angeles based JES does it all.Ā She hasĀ worked with longtime tastemakers and powerhouses like COSMIC GATE, FERRY CORSTEN, BT and TIESTO - just to name a few - providing vocals on multiple No. 1Ā chart toppingĀ tracks; many of which have become indicative of dance music. Her original singles have beenĀ remixed by industry greats such as KASKADE, ABOVE & BEYOND, ARMIN VAN BUUREN and many more, whom have all incorporated her music into their live sets and I know you have heard. JES has performedĀ all over the world as support for the likes of ATB in addition to her own widely successful tours as a solo artist. She might as well be dubbed official Dance Music Barbie because today she celebrates yet another feat with the highly anticipated release of her latest albumĀ Unleash the Beat Vol. 3.Ā

I have had the privilege of seeing JES perform live twice in my lifetime, once a few years back and more recently in July of 2014, where I was graced with the opportunity of interviewing her at Exchange LA. This lady not only kicks major bootyĀ behind the decks, but she also sings live while dancing all across the stage and sounds as majestic live as she does on her album. She is a genuine spirit whose passion for what she does radiates through her high energy, kindness and love for her fans.

While herĀ creativity and versatility are attributes that make JES timeless, herĀ lack of fearĀ for what is to come is the characteristic that allows JESĀ to continue taking the future of dance music into her own hands and shapingĀ it intoĀ what we know it as today.

As a singer-songwriter interested in making myĀ own mark in the electronic scene, JES sitsĀ at the peakĀ of my biggest musical inspirationsĀ list. She is a pivotal influence and role model. A true inspiration to many female artists within the dance music community. Her continuous successĀ demonstrates how strong and groundbreaking a woman's presence can be in the industry.

There is no doubt JESĀ hasĀ seen decades of triumphĀ throughout her career, and that is why she has rightfully earned this week's #WCW accolade.

āMusic has been a big part of my life for so long itās hard to imagine a day without it. Itās always been about being true to yourself, and that honesty will resonate with somebody out there.ā -JES

Listen to "Two Souls" off Unleash the Beat Vol. 3:

AboutĀ Unleash The Beat Vol. 3:
Disc One starts the journey with the progressive bang of Alexy Romeo's "AWEX," JES moves skillfully between deeper cuts like Stan Arwell's "Outburst" and tougher beats such as EDU's "Alive." The mix includes the massive SUNNY LAXremix of her cult TiestoĀ collaboration "High Glow" and a haunting exclusive remix of "All Night" from Musical Freedom alumni ALEX BALOG.

Disc Two moves into higher gear, dropping some of the hottest trance cuts of the past few months. Opening with the driving beat of the NEW WORLD PUNX' "Torque" and moves on to tracks from trance luminaries JEROME ISMA-AE, Ost & Meyerand BEAT SERVICE. JES effortlessly folds in her own tracks with the celebratedĀ Antillas and Dankann remix of her Sunlounger collaboration "Glitter and Gold," as well as the deep pulsing TENISHIA remix of her future classic "Runaway" with Cold Blue and Dennis Sheperd.

Unleash The Beat Vol.3 flows around you, over you and through you with an intensity that takes you back to a place that made you love this music in the first place. When the right artist takes the DJ's controls, you hear the music the way it was always meant to be. Essential!

For more information on JES, visit her socials: