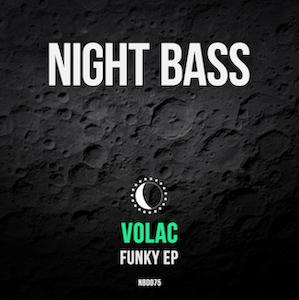 Closing out 2018, VOLAC ended off their year with a bang, releasing the two track "FUNKY" EP (feating the tracks "Funky" and "Bass So Low") as well as going on tour. In the midst of their North American "FUNKY" Tour, on The Friendship, we got to sit down with the Volac guys and talk a bit with them.

Have you guys always been friends and how did Volac form?

Volac (Stas): We’ve known each other since our childhood, over 20 years. We started to produce some tracks together, I moved to China and lived there for about 3 years. I was making some more EDM focused stuff while Sasha was making some deeper more minimal sounding stuff. When I moved back to Russia, we tried to combine our tastes together and formed the group.

After you guys formed, where did you see your first real success?

Volac: Actually, about 4-5 years ago we made an EP that we released on Cuff Records. One of the tracks off of the EP “Drug Dealer” became extremely popular in Brazil. After that we spent some time in Brazil (about 3 months) playing different shows before we came back to Russia at which point we gained a lot of popularity.

That’s pretty interesting, is it just inherently harder to become popular in Russia?

Volac: Actually yes, there wasn’t that big of a scene in Russia and electronic music isn’t that popular, so one of our biggest things was to try and grow the scene. Our main way of doing so has been our “Russian Style” parties, the first party we threw we had an amazing turn out, ended up being around 1200 people. We had another one in St Petersburg about 1000 people turned out for that one as well. People have really been enjoying our parties because there’s no one in Russia that really does anything like that right now. We’re hoping to bring our Russian Style parties to the US in the coming year. (Including the one that we have later with Phlegmatic Dogs)

How did you and Phlegmatic Dogs become close, was it a relationship you always had or was it something that was brought about through music?

Volac:We didn’t know them before, we actually met them playing at a show together in the US and we realized that there are other really talented producers in Russia, that we can produce, travel, and party together. Currently, there’s nothing that we have on the plate with regards to working together on any tracks but, its always possible in the near future!

Tell us a bit about your radio show Volacast

Volac: Volacast is something special for us, we wanted to create something that wasn't just a 1 hour mixtape because we feel that isn't very interesting for people. We try and combine the mix with cartoons/videos as well as guest mixes from famous artists such as Destructo and Wax Motif, in addition we try and shine a spotlight on a lot of Brazillian producers. Were now up to our 21st episode!

Where are some of the places that you guys get your inspiration from?

Volac: Other than constantly producing and/or making edits to play out in our shows, we take a lot of inspiration from rap music, as well as sometimes we clip little vocal snippets from interviews with famous rappers to make some new tracks.

Tell us about your new (and any upcoming releases)!

Volac: We just released our Funky EP, which we also created a tour around called “This Tour Is Kinda Funky”, which is a little nod to right before the drop there are some vocals that said “This **** Is Kinda Funky!” We actually came up with the idea while we were touring in Australia, we eventually played the title track first in EDC Vegas and it was a huge hit.
In February were hoping to release a remix for a LO’99 track called “Sometime” as well as a collab with MAXIMONO, we’re also hoping to release a couple of tracks on This Ain’t Bristol (Maximono collab included).