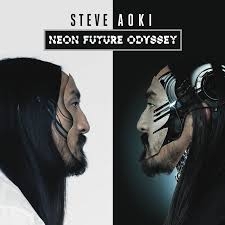 
As a Brixton Academy regular with two sell out shows already under his belt over the last couple of years, he’s back for the treble on Friday 19th February, on Saturday 20th February he’ll be heading North to make his debut at Liverpool’s Mountford Hall, marking the first of a series of very special shows that global clubbing brand Cream have lined up in their home city for 2016, following the closure of their iconic Nation venue at the end of this year.

As one of the world’s biggest touring artists, the Grammy nominated DIM MAK label boss remains one of the leading figures in the global EDM scene, always at the forefront of future music and as an avid follower of forward thinking and evolving technology it was only fitting that the name of his new album series be titled ‘Neon Future’. Following its success he’s now taking it on the road and chosen two of the world’s most influential musical cities for its European debut – London and Liverpool. As well as debuting new music, fans can expect an exciting new clubbing experience from ‘Neon Future’, featuring ground breaking production and a futuristic visual feast for the senses and the usual fun, frolics and cake throwing antics Aoki is renowned for. Tickets on general sale 10am Friday 4th December 2015.