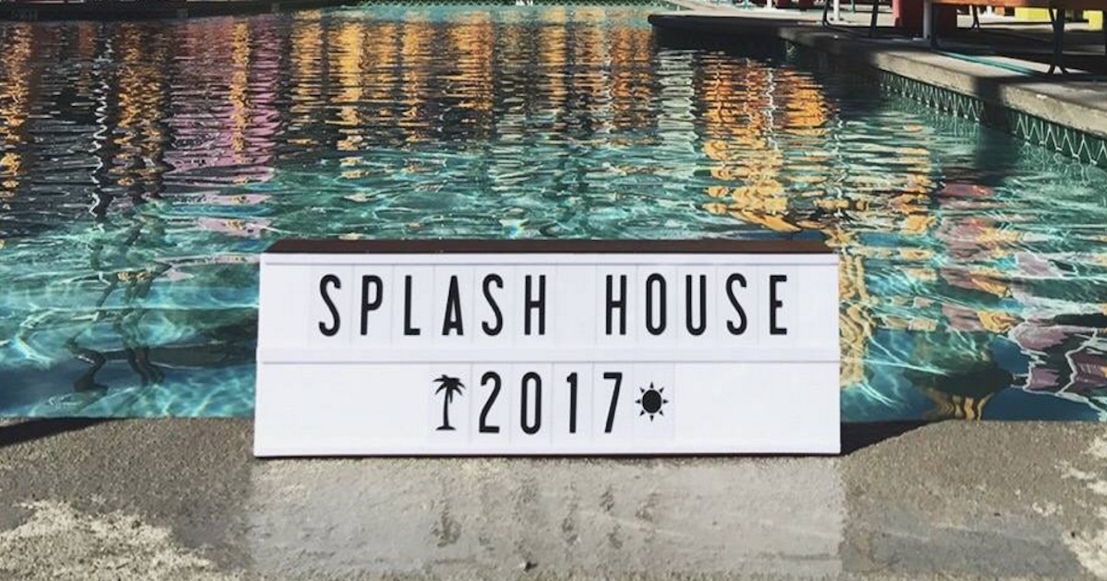 Goldenvoice’s Splash House returned in full force this past weekend and brought this summers hottest pool party to the Saguaro, Rivera and Renaissance hotel in Palm Springs, CA. Each hotel having its own pool side stage setup that provided the hottest dance acts from early in the afternoon till well after the sun set.

We attended this years August addition that featured artists like BIG GIGANTIC, SNBRN, THE HIM and BOB MOSES. The music was not the only thing that was hot over the weekend, with temperatures peaking at 110 degrees, most party-goers cooled off in the pool for most of the weekend. There was however no shortage of colorful beach balls, cold drinks, unique floaties and smiles at Splash House. The "Bitchin Balcony" competition also returned this year, where attendees staying at the hotel competed for the best decorated balcony.

The Renaissance was once again home to the biggest stage, that hosted some of the most relevant names in house music, like SNBRN, The Him, CROATIA SQUAD, and JUSTIN JAY, among many others. The always colorful The Saguaro with bright banners floating above the entire pool was home to artists like WEISS, ELI & FUR, Catz ‘N Dogz, and Desert Hearts, providing the newest house and techno songs.The Riviera was also home to some very familiar names, like Big Gigantic, Louis Futon, MR. CARMACK, and MANILA KILLA making it almost impossible to choose where you would want to spend your day. The stage setup as was covered in leafy vines with a huge LED screen behind the DJ booth, giving a new meaning to tropical house. There was a complimentary shuttle that moved everyone between the different hotels which were almost a party on its own.

With yet another successful weekend and summer in the books we do not doubt Splash House will be back again next year. Stay tuned for any future announcements.