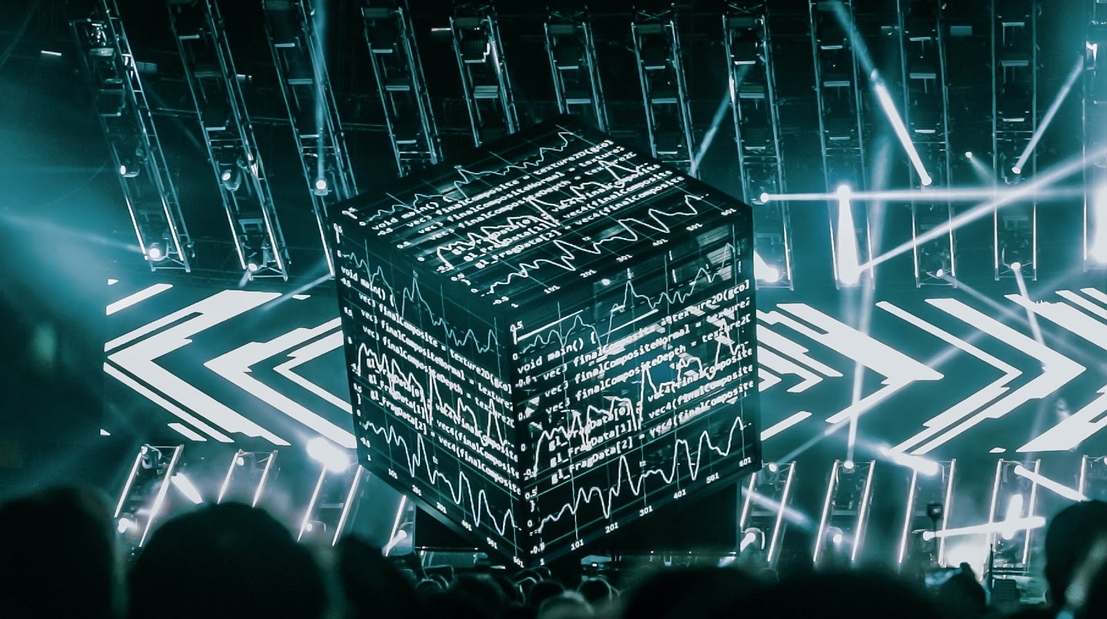 deadmau5 arrives in NYC next week to close his critically acclaimed cubev3 tour with a four-night run at Brooklyn’s Avant Gardner Thursday, February 6 through Sunday, February 9. Support acts on various shows include MSTRKRFT, JAY ROBINSON, CALLIE REIFF, and LIGHTS who also performs as gue5t vox in DEADMAU5’ show. In addition, deadmau5’ label MAU5TRAP will host an official afterparty, also at Avant Gardner, on Saturday, February 8, as well as a Brooklyn day-time pop-up shop alongside each day of the run.

The Brooklyn shows has deadmau5 bringing his brand new cubev3 production for the first time to New York City. The original cube debuted at Coachella April 2010, catapulting deadmau5 to become one of the most in-demand live acts in the world, with its follow-up Cube 2.1 arriving in 2017 at the launch of his “lots of shows in a row tour.” cubev3 - created by deadmau5 with Chris Schroeder of Chris Schroeder Productions, with technical design by Collyns Stenzel, and video content plus additional programming by deadmau5 - comes to life with the semitransparent look and deadmau5 custom content. It is the most complex production he has ever presented changing positions from 90 degrees into 45 degrees and rotate 360 degrees with mind bending content from deadmau5 & his custom touch designer system. Just this past Friday, January 31 ATTLAS released his debut album Lavender God. Immerse into a world of twinkling synths and stirring riffs as the mau5trap signee coaxes listeners into his serenity. ATTLAS (real name Jeff Hartford) brings it home in his debut: Lavender God serves as the intersection of the producers various life experiences and musical endeavors, all wrapped into one enthralling 10-track package. "[The album is me] trying to learn who I am and tell my story through music, which has given me so much and has been a home for me: a place to create, a shelter from the storm, and a launch pad into the greatest adventure of my life."

Kicking off her new decade with a bang, SPEAKER HONEY unveils her four-track Night Visions EP, available on Tuesday, February 11 via the deadmau5-run mau5trap label. A unique meeting of electro-house and techno, Speaker Honey's full mau5trap debut is the producer at her best.

A seemingly nefarious meeting of two dynamic styles defining Speaker Honey, her Night Visions EP serves as a glistening showcase of her impressive technical prowess. The mau5trap signee takes her eerie sound and plasters it atop brooding basslines, laced poignantly with witchy vocal chops. Opening the Night Visions EP with a rolling percussive build is "Mass," a nearly six-minute journey chock-full of Speaker Honey's signature electro-house and techno infused backsound. The bass-boosted EP namesake track "2020 (Night Vision)" follows in second, infused with hypnotic vocals and a beguiling melody to match. Fine-tuned synth work sets the stage for "P=MV," an oscillating kick-drum laden beat with punchy techno flare. To round out Night Visions is "Dark Fortune," an eerie track with an amply sinister name to match. Both of these mau5trap signee's will be performing at deadmau5's official CubeV3 Afters party hosted at Avant Gardner on Saturday February 8 right after night 3 of 4 tour stops for deadmau5 at Brooklyn's number one music venue.

Get your tickets now as they are almost sold out!!