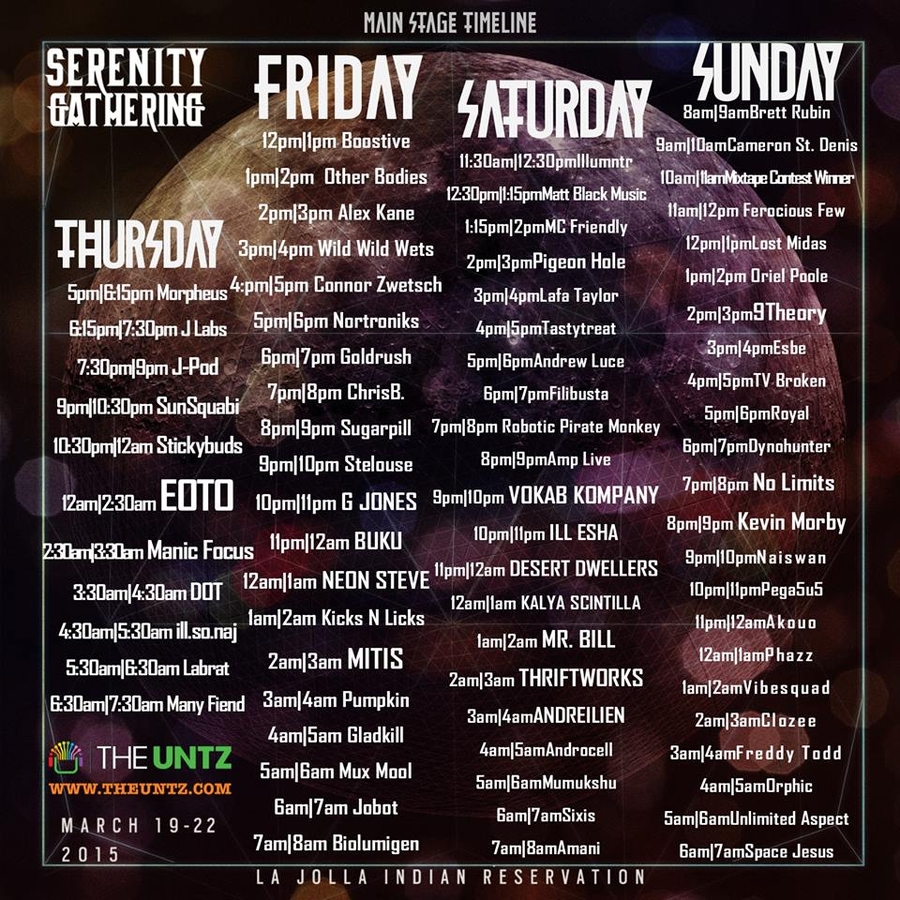 Serenity Gathering Teases Time Slots Ahead of Next Weekend's Festival

We've got an exciting few months ahead as festival gets into full swing, and for California - that starts in just a few weeks! With just a week away from the front gates opening, Southern California's Serenity Gathering has released the official time slots for the main stage and per usual, it's simply left us wanting more. If you're a fan of bass music, live music, dance music - or just good music, you'll want to be here as we get down to the eclectic electronic sounds of EOTO, MR. BILL, THRIFTWORKS, MITIS and so many more.

Join us as we gather with dancing feet to a prowling beat down at the La Jolla Indian Campground as we Celebrate the Pisces New Moon with the Serenity Gathering's Spring Festival. For now FOUR days and nights - Thursday, March 19th through Monday Morning, March 22nd - a conscious, creative community will descend on the campgrounds with workshops, a plethora of vendors, astounding art installations and live artists - and last but most certainly not least, a host of musical acts that'll have you moving and groovin' all weekend long.

New Moon, Frequinox, & Bridge Family Time Slots Coming Soon!
*If you don't see an artist they are playing on another stage*

Purchase Tickets Here
RSVP on Facebook and Let Your Crew Know you're Cruising!

For more on Serenity Gathering, head to their socials -