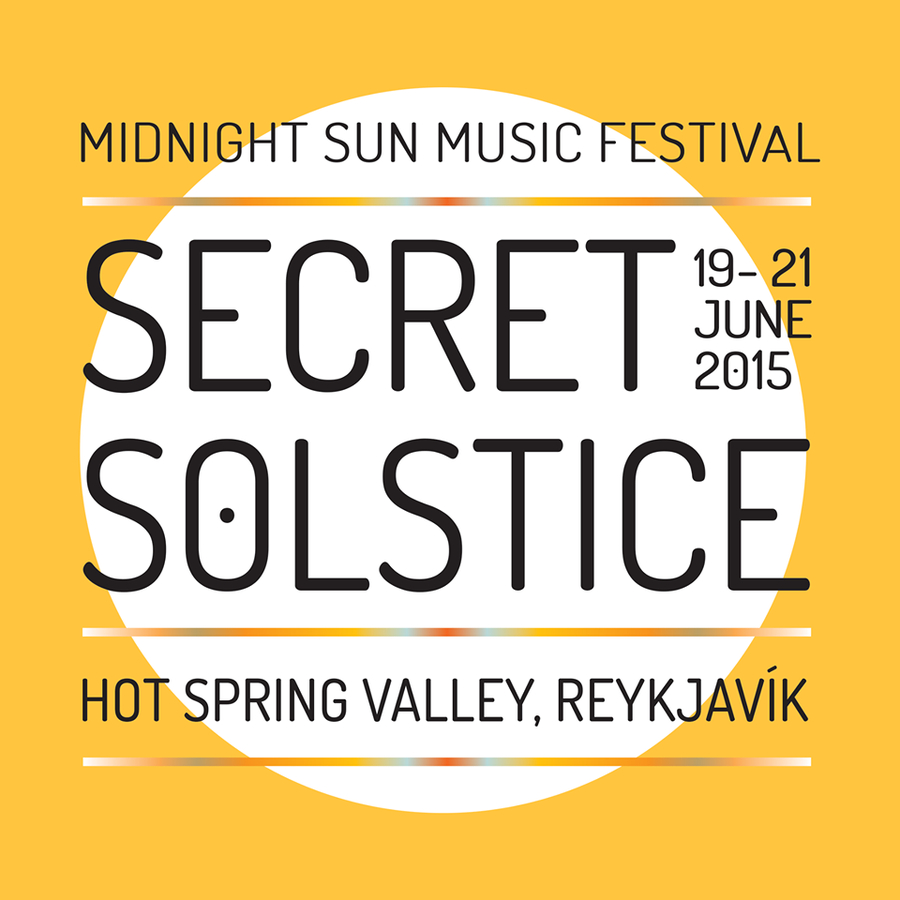 #FestivalFriday: Secret Solstice 2015 just might be the most unique festival on the planet

As we head full steam into festival season with so many events to chose from, the discerning music lover can really participate in some pretty unique experiences. Secret Solstice which is held in Reykjavik, Iceland over a weekend in June might just offer something that no other festival can - 3 days of daylight. That's right, during the summer solstice the sun never truly sets in Iceland due to its proximity to the arctic circle, making Iceland's "Midnight Sun" one of a kind. Add to the mix a diverse line up of local and international talent - Wu Tang Clan, KELIS, THE WAILERS, SKREAM, DANIEL AVERY, TALE OF US, THUGFUCKER, GREEN VELVET, NIGHTMARES ON WAX, KINK, MIND AGAINST and many, many more, plus the most breathtaking Icelandic back drop and we are looking at something spectacular, did I mention the on site thermal pools? While you go and check Google maps to see where Iceland is, I can reassure you that Secret Solstice have all your travel plans and accommodation covered - many options available from camping to hotels all close to the festival grounds in Laugardalur.

Check out last year's after movie below. 2014 was the first Secret Solstice festival and it had nothing but positive reviews from all the attendees and artists that played there.

If you consider yourself an adventurer and you think you have what it takes to party three days straight take a look at the Secret Solstice Website for more information on tickets, travel and accommodation. Keep informed by following Secret Solstice on their socials below.