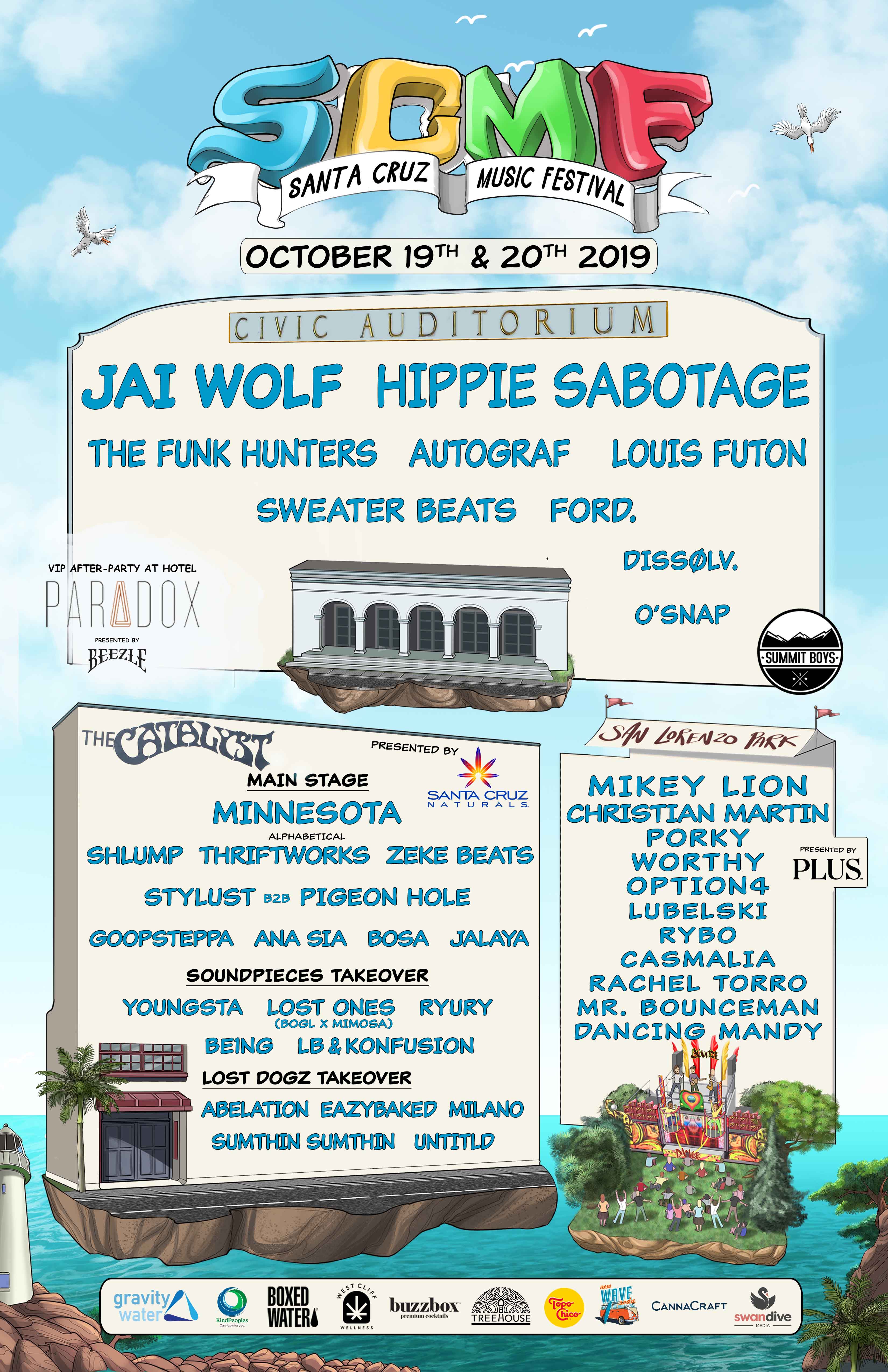 Having had several successful years in the past, I can tell you that Santa Cruz Music Festival (commonly known as SCMF), made its way back this year with an absolute bang! This past weekend, downtown Santa Cruz was transformed into a haven of music, food, and good vibes, for every type of festival-goer to enjoy. With a span of 300+ artists, and more than a dozen venues taking part in the festivities, there were numerous, fun activities, to take part in all weekend long... 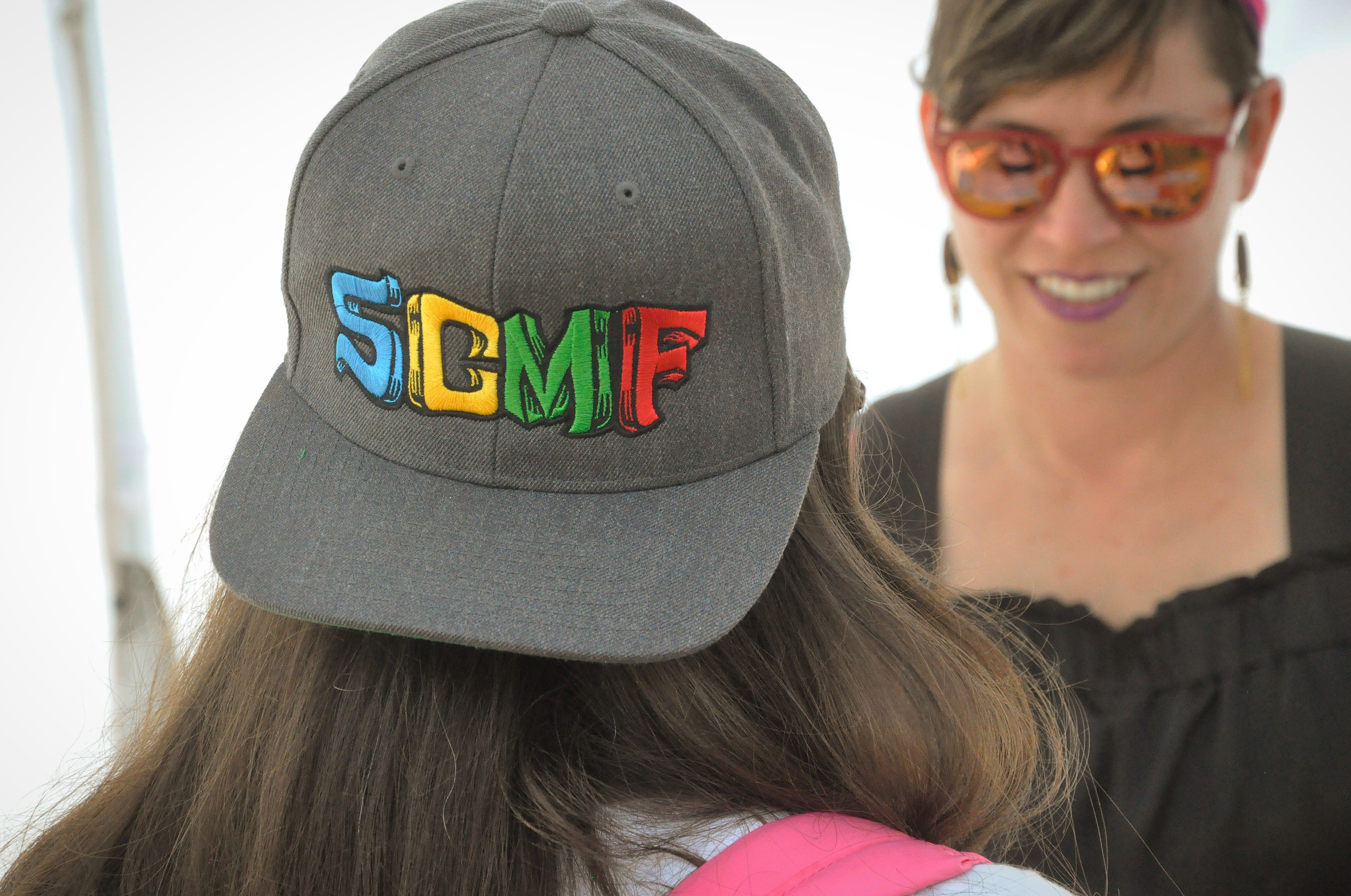 The two-day event turned this little central-coast beach town, into a not-so-little musical sensation. For starters, from 12-6pm, San Lorenzo park was transformed into a utopia of cannabis, good vibes, and deep house music. When entering the grounds, both sides of the park were lined with vendors, and business booths, such as Big Pete’s, Utopia Cannabis, Santa Cruz Naturals, and many more. Most offered free samples (not containing THC, since this was a family friendly event), some information about their products, apparel, and or were just a safe haven for you to relax, and enjoy a good conversation. To beat the heat, or for those who partook in their own medicinal products, a “cotton mouth care” water station was provided on site, with several types of flavored waters (watermelon mint, raspberry lime, and so on). All of which, were complementary, and offered throughout the day. To get your food and adult-beverage on, also offered in San Lorenzo Park was an amazing assortment of BBQ, a beer garden, and for those who had upgraded tickets, a VIP bar overlooking the river and stage.


The lineup in San Lorenzo Park included artists such as MIKEY LION, CHRISTIAN MARTIN, PORKY, WORTHY, OPTION 4, and several others. Each of which, brought their own special blend of head-bobbing, electronic dance beats. Dirtybird, deep house vibes, and Desert Heart feels, were brought to each set, making it easy for one to get stuck here dancing the day away. 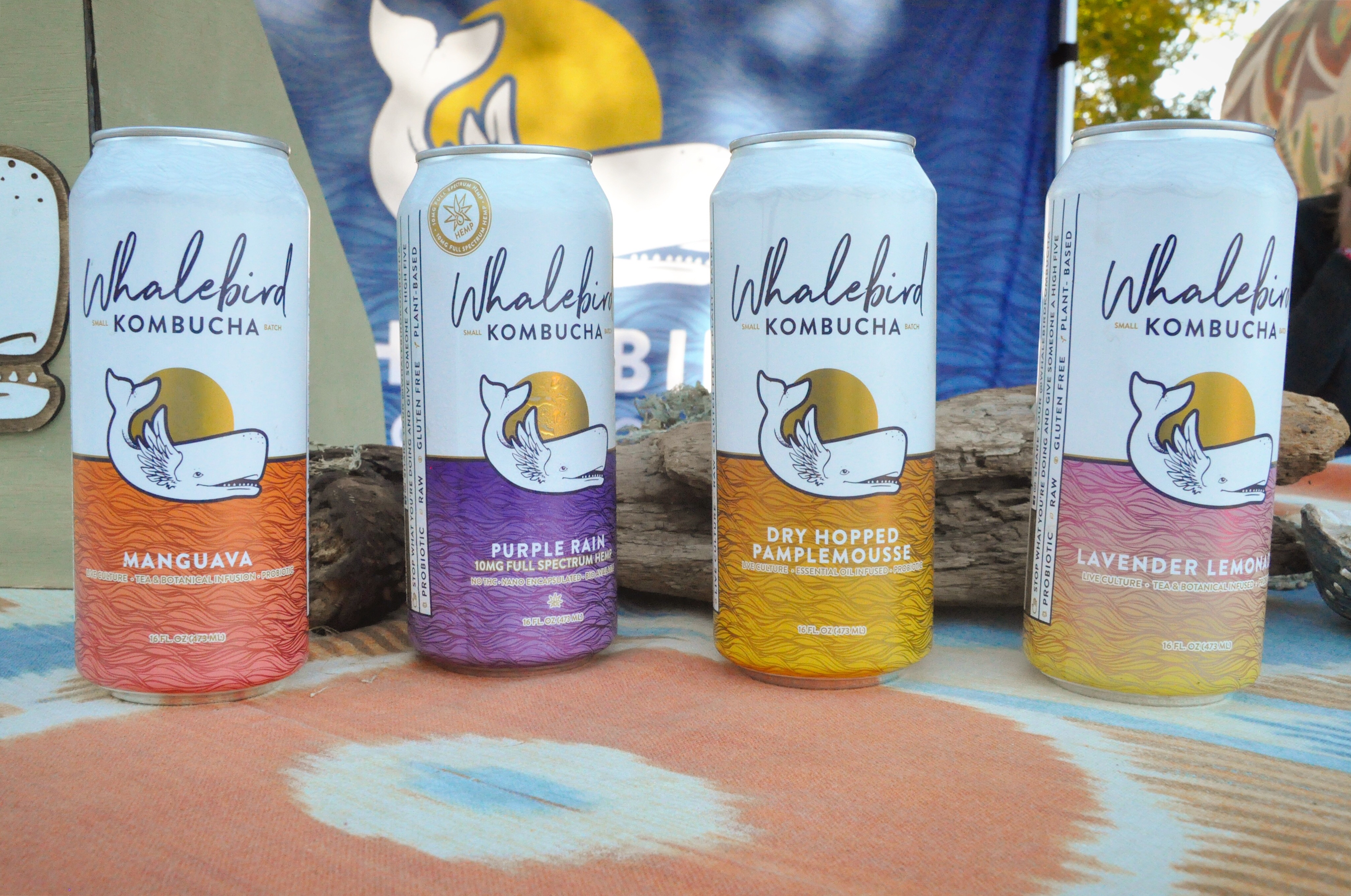 With such a great lineup, SCMF drew together a very versatile group of people. So if the park didn’t fit your musical tastes, from 4pm-12:30am, The Catalyst Club, in the heart of downtown, offered a different pace of music with a massive dubstep bass takeover. On the main stage, Vital Events, and Euphonic Conceptions, didn’t forget about the bassheads, by bringing together a roster of artists such as THRIFTWORKS, ZEKE BEATS, SHLUMP, and a STYLUST b2b PIGEON HOLE set (which I hope you didn’t miss). One could say that the club was “going off” all night long, since the bulging seemed to be shaking due to the bass-erupting from the speakers inside. However, the main stage was not all there was to see, since the Atrium, as well as upstairs portions of the Catalyst, were also open for business. For many, this is where the true gems were hidden, with artists such as EAZYBAKED, YOUNGSTA, GREGARIOUS, and several others performing in much more personal space.


If the bass was too much for your face, from 6:45pm-12:30am, The Santa Cruz Civic Auditorium offered a range of “house” artists such as JAI WOLF, HIPPIE SABOTAGE, Louis Fulton, AUTOGRAF, SWEATER BEATS, and more, to completely melt your heart. All of these artists put on spectacular shows, representing their own unique brand of music. During Luis Fulton’s set, everyone danced, as the sounds of upbeat big room, and house beats, projected across the crowd. Sweater Beats didn’t disappoint, with those mellow Sunday afternoon vibes that you could just be chill and “sway back and forth to,” while Jai Wolfs performance packed the house and picked up the pace. Low and behold, after the show, just when you thought the night was over, it carried on! SCMF made sure to keep the party options open by partnering with Hotel Paradox to host official after parties each night. 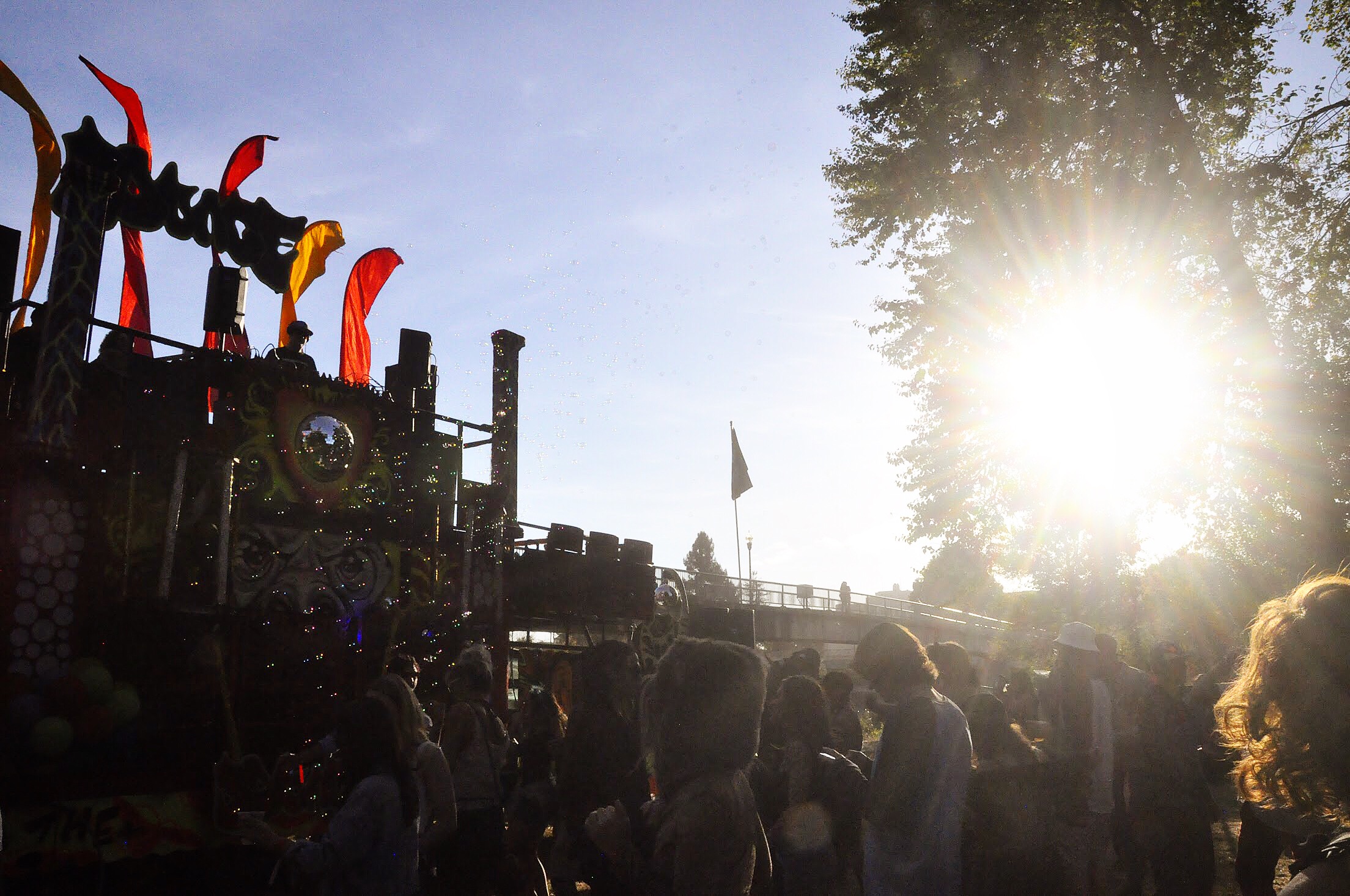 Since SCMF isn’t your typical “confined to one place” festival, all of Downtown Santa Cruz became a playground filled with music, crafts, and amazing food. Besides the three “main” venues listed above, there were so many more places to go, and artists to hear. It was impossible to get to them all! I did my best to figure out what the vibes would be provided at each spot. Other locations involved in the festivities included 99 Bottles ale house, which served up a massive beer list (the name itself is a hint at that), as well as a delightful menu to satisfy any amount of buzz (filled with items from quesadillas, to rib eye steak dinners). Streetlight Records, a well known music shop, was another popular spot where you could stay for a dance, or just to browse some of your favorite music selections with their well informed staff. Rosie McCann’s Pub, Café Mare, and The Blue Lagoon cocktail lounge, all offered wonderful hospitality, and local atmosphere. You could have also listened to live performances such as the folksy tunes of Wild Iris, or the hip-hop stylings of Sandra J, and many other artists, while grabbing grub in Abbot Square, a lovely outdoor facility offering a number of different cocktails and treats. All of which, located within the vicinity of the MAH (Museum of Art and History), and walking distance to every venue listed above.


I would have to say from my experience this year, that SCMF is one of the most unique festivals out there. It’s a one of a kind destination experience, where you can really come for the music, and the beach, but leave your heart with the city. While checking out as many locations as I could, and shoving my face with local cuisine, I ran into a fellow festival goer who told me that SCMF was like, “the unicorn of festivals,” because it’s, “so magical, there’s no other fest like it.” I would agree, and say that it’s one of the best experiences northern california has to offer. Definitely an unforgettable weekend, filled with some of the best local artists, and other talents from around the country. Can’t wait to see what next year has to offer!