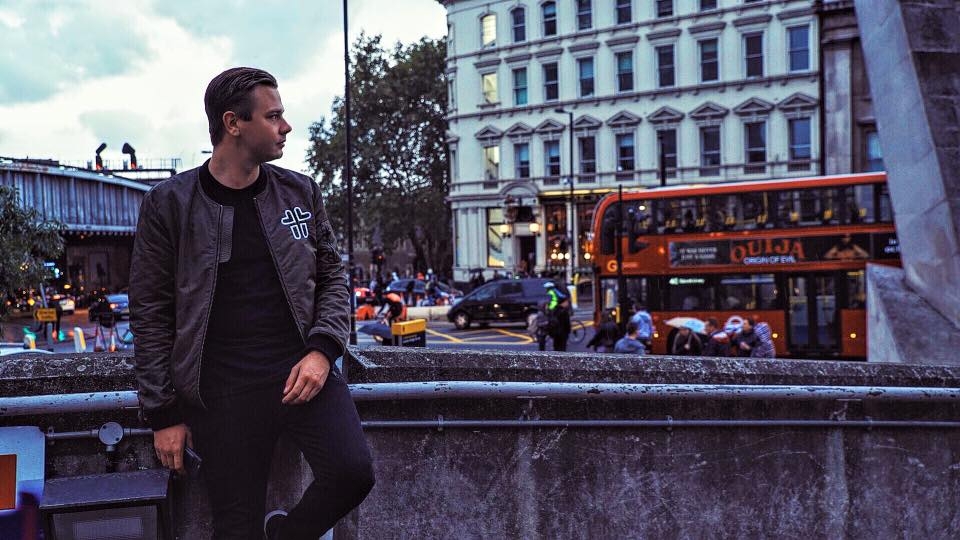 Sam Feldt on his music, touring with Bakermat and more

Since its inception into the public’s ears and minds, house music always has been about bringing everyone of all backgrounds together as one family on the dance floor. Even as different factions are fighting amongst themselves in the real world, there seems to be a solace and comfort knowing that we as humans share the same feelings of love for great sounds and vibes. For SAM FELDT, it’s that feeling that prompted him to dive into the world of dance. Sammy Renders, better known by his stage name Sam Feldt, is a rising star in the dance community, whose own take on a house classic, “Show Me Love” (originally done by ROBIN S.) has gained him great recognition as his track - featuring the vocals of Kimberly Anne, charted in multiple countries. We sat down with Sam Feldt just before he took the stage to a sold out show at 1015 Folsom in San Francisco, heading toward the final stretch of his “From Amsterdam With Love” Tour, where he is co-headlining with BAKERMAT.

How did you get your start in music?

I started playing music at very young age in all kinds of genres and tinkered around with Logic, making beats. It was not until later that I discovered electronic music that I bought a DJ controller, went home, linked it up to my laptop and practiced my set. I also switched to using FL Studio.

Did you started off with producing and spinning house music?

I did everything - jump style, hardstyle, and other genres. I even did electro house and dubstep for a little bit, as well as tinkered around with open format. Then I asked myself about two years ago if the music I’m playing was something I enjoyed listening to. I realized it wasn’t, so I started going under my stage name Sam Feldt, making songs that I wanted to hear and play. And from there, it just blew up.

We know that everybody’s labeled your music as tropical house or deep house. How would you personally describe your music?

I think my music is a lot broader than tropical house; if you hear my sets I throw in everything from future house to progressive house. For me, the most important things about my music are that it has melodies and can spark emotions in people. I want my listeners to feel something, which is why I even named my label and radio show Heartfeldt.

In your music you even added live instrumental performances into your act. What prompted you to do so?

If you listen to my earlier tracks, you will hear a lot of organic elements. So I figured it makes sense that I have a live trumpet or sax player in my DJ performances instead of playing it on the CD. I think it makes the whole live experience much more real when you invite musicians to play alongside your set.

The one track that brought you recognition was “Show Me Love”, originally done by Robin S. over 20 years ago. What made you want to do your own spin on it?

I ran into it by accident; I was browsing on YouTube and stumbled across Kimberly Anne’s channel. She had a video of her singing a cover “Show Me Love” in her bedroom, and I was impressed with how different it was. So I contacted her, received the vocal stems, and built a whole new track around it. I didn’t use any of the elements from the original recording; it is definitely a cover since I’m using the lyrics, but it’s a completely different spin on it with vocals that were sung in a unique way.

So talk to us about “Shadows of Love” with HEIDI ROJAS. Where did the inspiration come from and where did you meet each other?

We met each other at Coachella one month after her song came out and not during the original recording time of “Shadows of Love”. I received her vocal tracks and built my production around that. 90% of my productions start out with an acapella, since there’s already a good foundation to build on from the vocals.

So how has your “From Amsterdam With Love” tour going so far?

We’re almost done with the tour actually. We did a bunch of different cities: Toronto, Montreal, Austin - everywhere in Canada and the US.

How has headlining along Bakermat been?

With Bakermat, we complement each other since he plays more deep and I play more uptempo music. And I think doing a tour like this was beneficial for both of us; we’re playing 1500 capacity venues that we may or may not be able to fill on our own. What’s cool is that we’re supporting each other and our respective names, which at the core is what the dance community is about.

Do you have any upcoming tracks or albums in the works?

I just released a new record today actually, “Runaways” with DEEPEND and TEEMU on vocals. It’s getting picked up really well. It’s just a perfect song to close the summer with.

What do you have planned for the rest of the year?

There are three or four singles finished and I’m waiting to see how the new one unfolds and release the rest once the fervor around “Runaways” subsides. I also have an album planned for next year; I have 22 tracks ready so I have to choose the best of them.

And finally, what advice would you give to other aspiring producers and DJs to get out there?

It’s quite easy and not as technical as you might think. I’ve been trying to get feedback on my tracks for 5 years and the one thing I did wrong was trying to imitate other people. The moment I started following my heart, that’s when everything blew up. My advice to everyone is to make stuff that you enjoy yourself.