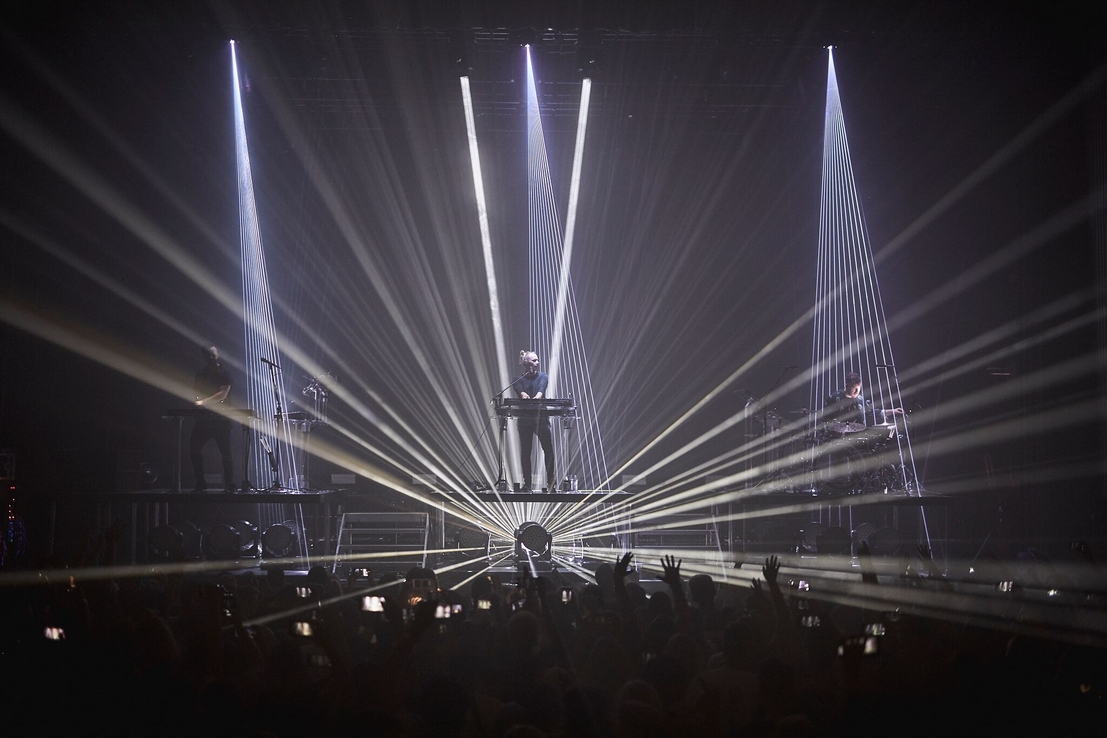 Rufus du Sol Sells Out the Fox Theater in Pamona

Continuing with their Solace tour, Australian indie/alternative dance trio Rufus du Sol, stopped in Pomona September 20th for a sold out show at the Fox Theater. They brought with them a minimalistic yet powerfully moving stage production. Rufus du Sol has quickly established themselves as a household name in the last couple of years, finding themselves near the top of many major festival billings. They’ve had nearly an endless run of sold out shows, including a special double weekend performance at Coachella this year. Their newest album, Solace, was deemed the best dance/electronic album of 2018 by Billboard.

Opening for them was brother/sister duo Lastlings. Their songs showcase a similar style of dance melodies mixed with meaningful vocals. As Rufus du Sol took the stage roars came from the crowd that continued through the night with each new song beginning. Frontman Tyrone put on a brilliant vocal performance as usual. Solace unveils a new, deeper side to the dance project. Merging elements of house and underground yet maintaining infectious pop vocals is something Rufus du Sol has perfected, rightfully earning themselves their popularity. Ethereal soundscapes and powerful lyrical work sets them apart from your typical dance artists.

Rufus du Sol will be returning to Los Angeles State Historic Park for a sold out show on October 5th, featuring Bob Moses and the Lastlings. The 21+ event is being promoted by their label, Rose Avenue, and Goldenvoice, featuring a yet to be unveiled art installation by Do Lab.