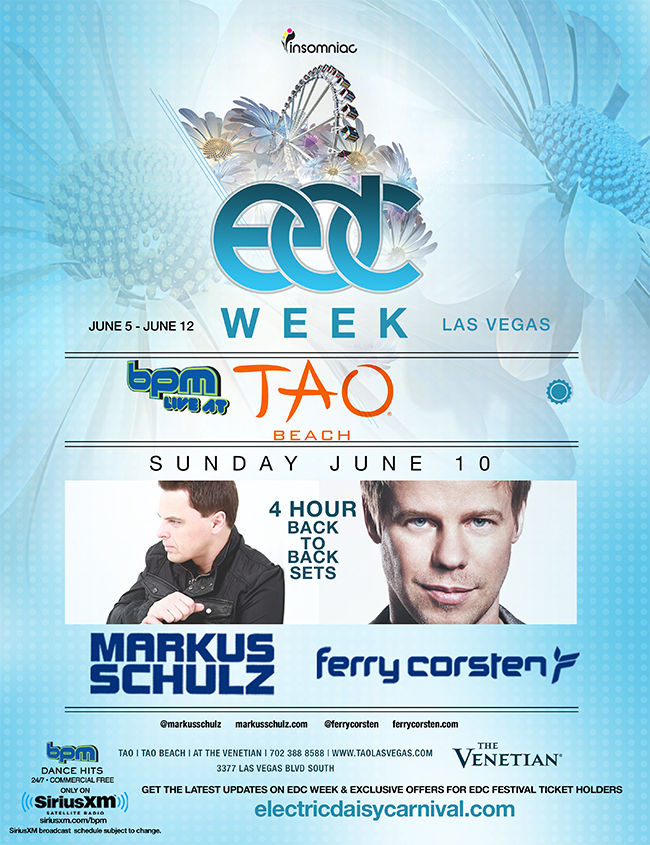 The energy and the partying never stopped as trance legends FERRY CORSTEN and MARKUS SCHULZ playing a back2back set, as Insomniac hosted a massive pool party at TAO Beach inside the Venetian Casino on Sunday 6/10.

The atmosphere was amazing from the first step of entering the pool party as Markus and Ferry were taking turns on the decks every 2 songs. Both men started off playing some of their biggest hits like Ferry Corsten's 'Feel It' and Markus' 'Go!'. As the day went on, the music started turning into more of a electro vibe and you could tell the difference of who's DJ'ing as Ferry was playing more of a lighter tone and Markus was playing darker Coldharbor-like music. The music and the crowd became more amped up as each tried to top one another. The crescendo took place towards the end as Ferry played 'We Belong' as the crowd all held their hands up and danced to his popular hit song. As the pool party sadly came to a close it was a fitting warmup for the final day of EDC.