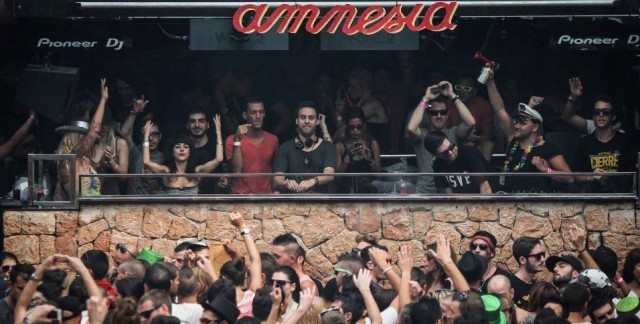 Eric Estornel also known as MACEO PLEX aka Maetrik has an amazing range of talent when it comes to production as well as play. He has collaborated with everyone from disco infused AZARI & III to tech-house legend BUTCH. He just recently collaborated with Boiler Room for a 60-minute mix that can be found here.

Over summer I had the pleasure of seeing Eric both as Maceo and Maetrik at DC10 and Amnesia. Ill be honest, I hadn’t given much of a listen to his stuff before I spent a summer on the white isle of Ibiza –  but once I caught him on the terrace of DC10 that all changed. Within weeks he was coming up consistently on my ‘most played’ track listing both as Maceo Plex and Maetrik.

This brings us to this past Friday the 15th at Exchange in downtown LA. I am back stateside now and had seen a few of my favorite DJs since being back, but I wasn’t as excited for any of them as I was for this show. Eric is from America – Texas to be exact – but his sound is far more requested in Europe and therefore he lacks many dates across the states outside of WMC week. Friday the 15th he took stage and played a set alongside the equally amazing MAYA JANE COLES, and I was there from start to finish. He took to the decks at exactly 2am and kicked things off in classic Maceo style with his disco-infused deep house tunes that got the crowd moving and the dance floor packed.

As the night went on we saw some range and an appearance from his alias Maetrik with a harder techno sound hitting the Funktion-1 sound system. One track that stood out to me was ANTHONY ROTHER’s ’64 bit Audio’, a far cry from the light and happy Maceo style tunes we have all come to know and love but right on point with sound we would expect from him as Maetrik. He carried on somewhat bouncing between the 2 aliases but in a very tasteful way, keeping everyone happy. Eventually the final song had been played and the crowd roared for more. Encore! He dropped the crowd pleaser ‘Stop Your Hate’ and then came down to shake hands, take pictures and invite us out to his set the following night at Beyond Wonderland. Simply put it was the best set I have seen by anyone from here to Ibiza. Cheers Eric!