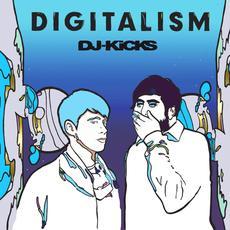 The boys of DIGITALISM are dropping a new mix July 10 (June 25 outside of the US) under !K7 Records.

The exclusive DJ-Kicks Summer 2012 mix will include tracks by OPTIMO, ALEX GOPHER, WHOMADEWHO, VITALIC, THE RAPTURE and many more. The sounds on this mix are constantly shifting all over the place from electro rock and synth-pop, new wave and trance, techno and disco punk and pop glamour. It's always switching up.

DIGITALISM included quite a bit of new material in this mix as well. In the final mix one can discover five new tracks as well as brand new edits and remixes custom made by Moelle and Tüfekçi.

DIGITALISM expressed their excitement for their new mix stating, “There was no concept behind the new songs, we just jammed around. Once they were done, we loved them so much that there was no way around putting them on the next possible release. People out there shouldn't have to wait too long.”

The duo has also decided to go public with "Simply Dead" and "The Pictures", which have been played in their sets for a while but have yet to see an official release.

The majority of the remaining music that can be heard on this mix comes courtesy of friendly associated labels and producers, mixed up with songs by models of the past. The resulting mix is perfect for “a sundowner drink” as they say themselves. “We can imagine this running around late afternoon/sundown. By the time it gets dark, you can dive deeper into the music.”