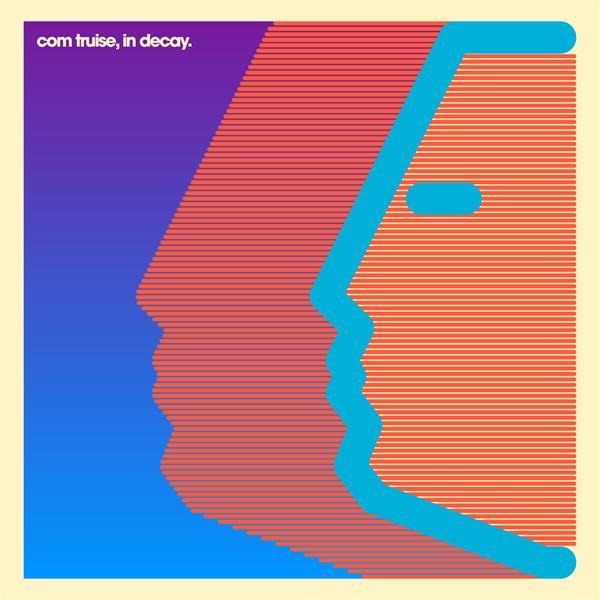 New Jersey electronic producer COM TRUISE is back at it. Under the label Ghostly International, Com Truise proudly releases his newest creation, In Decay.

In Decay holds 13 tracks that previously have only been available as demos online. Along with these demos, In Decay also features unheard tracks that date back to before Com Truise's official releases, the Cyanide Sisters EP, Galactic Melt, and the Fairlight EP that came out just last year.

Com Truise gets extremely experimental with this album. Rubbery basslines and '80s-influenced synth-sounds throughout the album really highlight Com Truise's electro capabilities. The producer plays around with several sounds from 8-bit influenced experimentalism to distinctive danceable beats, usually all within the same track.

"Controlpop" is one that really stuck out on this album. The beginning of the track sounds like a Commodore 64 being hit with a hammer but resolves into slow liquid synthfunk. "Colorvision" and "Yxes" possess more of a slow-burning dance vibe. "Dreambender" is a beautifully haunting track that incorporates a heavy bassline with reoccurring synths while "Video Arkade" coasts along a woozy rising and falling synthline.

These sci-fi flavored tracks will make you feel like you've stepped into a digital parallel world, almost like you're lost deep in outer space. In Decay shows us that the electronic music scene is always producing fresh tracks for us to chill out to, dance to and just to get lost in.