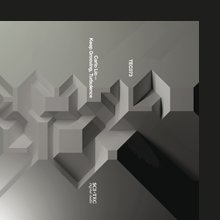 Carlo Lio has released an new EP for the summer called Keep Groovin. The first track, 'Keep Groovin', sounds exactly like the title; groovin. The track has a nice bouncy dark edge to it as your bopping your head to it. There's also a continued vocal throughout the track but it feels like more of another layer of the song as the vocal blends in the song very well and isn't overpowering the rest of this tech-house track.

'Turbulence' carries a more funky sound than Keep Groovin. The track also has more of a base drivin line to it with very little vocal in that again is barely noticeable and goes well with the track. Turbulence also has a nice build up it as the song progresses on and you can hear and feel the tempo slowly rising to an explosion at 6:50 of the song. DUBFIRE has been rocking Turbulence recently at his set at Time Warp and Space, Ibiza. Keep Groovin EP was just released on Beatport and definitely worth your time to checkout both tracks.