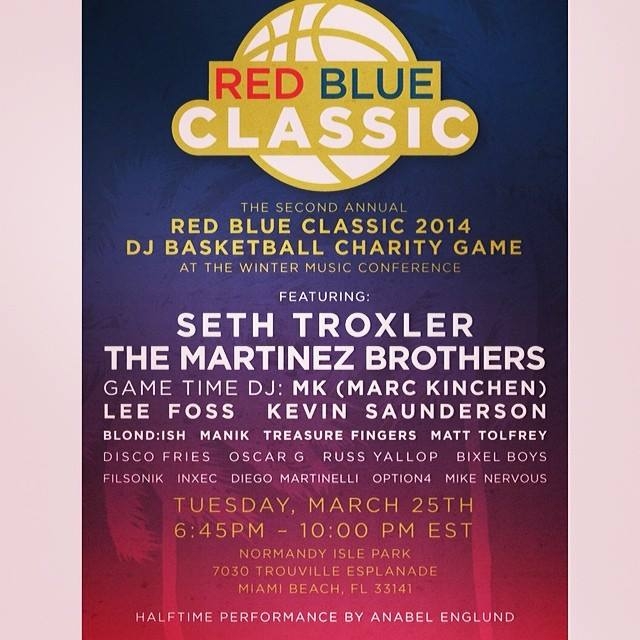 After raising almost three thousand dollars in donations during its debut year, The Red Blue Classic will return March 25, 2014 at Normandy Isle Park in Miami. Game time beats will come courtesy of music producer and DJ, MK (Marc Kinchen). ANABEL ENGLUND will be performing during halftime.

This year, the RBC will fundraise for The Miami Music Project. The non for profit uses music as an instrument for social transformation, empowering children to acquire values and achieve their full potential, positively affecting their society through the study and performance of music.