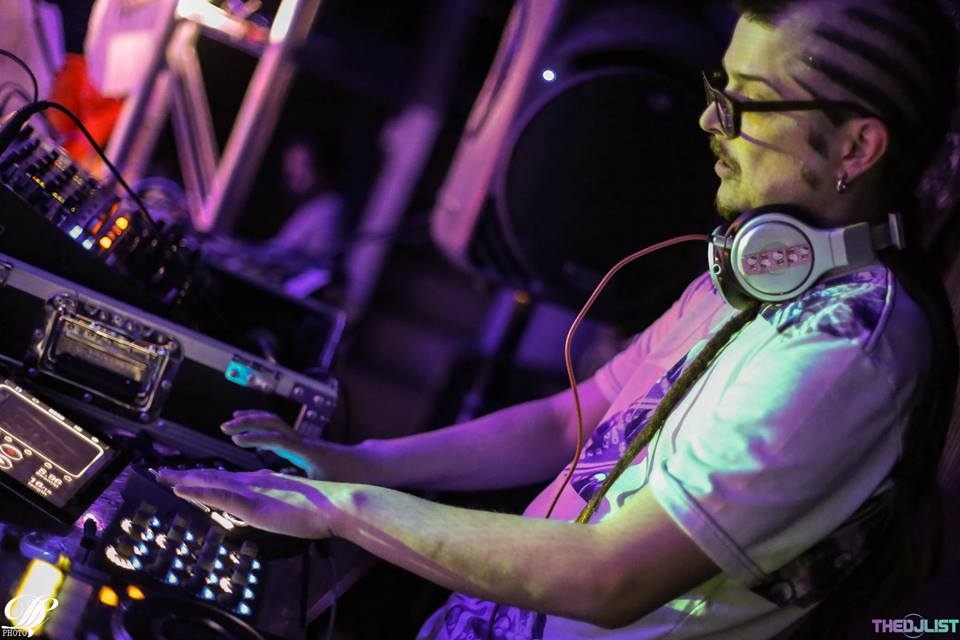 A Rambunctious Chinese New Year with ill.Gates and The Good Vibe

"The upcoming year of 2015 will be rich in positive emotions and intoxicating amorous affairs; after all, its patron – the Wooden Ram – is exactly this way: it is kind, adventurous, easy to get carried away with something new and exciting, but similarly easy to lose interest.... Life is good and it is nice to have nice people around – this is the motto of this period’s patron; we should always keep this in mind. "

Living in Los Angeles, we don't necessarily need an additional reason to celebrate - a Friday, Wednesday - or even a Sunday will suffice; but toss in an excellent festivity thrown by an impeccably run company, and the OG party people will come out to play. Located in the heart of downtown Los Angeles, 333 Live was a new venue for my party pants and dancing feet - be it the amazing company, variety of vendors, wonderful vibe or the fact that there was ample space to move and groove to some sick beats, but I'm already excited for the next event thrown there, whatever and whenever it it might be.

From start to finish, the human species was on prime display as the evening was engulfed in delightful sets from two different rooms on separate levels of the club, which also boasted a tightly packed outside area fully equipped with delicious Dim Sum eats for anyone with an empty stomach. The Solid Gold room upstairs got rowdy to the sounds of Oh Diggz, LJ, PARAGON, Lou E. Bagels, MIHKAL and the Smasheltooth Pirate, while the Main Stage partied to WINNEBAGO, The Good Vibe's own J*Labs, and Ruffhauser before the midnight Lion Parade, fully equipped with a mobile, larger than life Ram that seductive dancers and an intoxicating cast of characters, including dance troupes, Bijoulette, the GoGo Stars and the Vibe Tribe.

The crowd got straight rambunctious when ILL.GATES took control of the decks, wooing partygoers with epic drops and freshly improvised productions. We managed to capture a couple on video, in case you want to relive the moment like we do -

Up next was Colorado native VIBESQUAD, a favorite of ours from the Gem & Jam festival - I appreciated that he brought a new feel to his set for the night, throwing in more industrial bass than the first time I saw him. And oh man, when he dropped "Chocolates" - the floor lit up.
As Friday the 13th evolved into Valentine's Day morning, our night ended in the most perfect way - a wonderful set from PUMPKIN that left us dancing until we were ushered out venue at 4AM.

Photos shot by Daniel Leist Photography | For the full photo album head to The DJ List.

For more on The Good Vibe and the night's headliners, head to their socials:

Amanda Pearl @amandapearl is a Senior Editor and the Director of PR and Social Media for The DJ List. When she's not traveling across the United States in search of top notch music festivals and dishing the latest musical dirt, you can find her on her own blog - The Bouncy Kitty