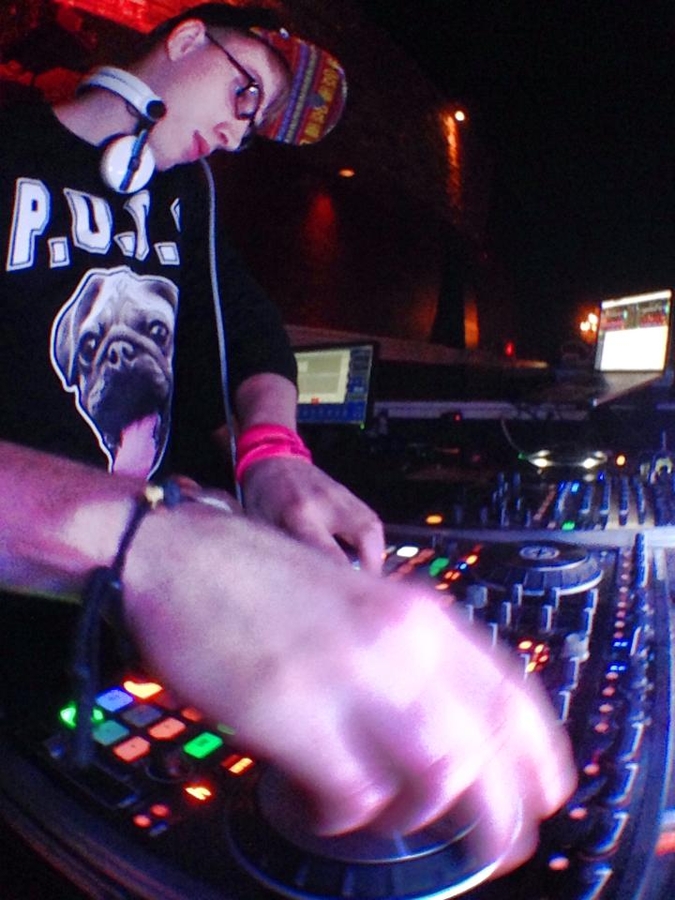 Pittsburgh native, Tom Hricik, who goes by his stage name TENOVA, is a rising force in house music on the East Coast. The young artist not only has been spending years producing music of his own, but is also the resident DJ and music manager of Tilden, the hottest after-hours club in Pittsburgh.

Having gone to high school with Tenova, I knew the kid was talented from the start. With the experience of being a traditionally trained musician and growing up within the city's underground dance music culture, DJing came naturally for Tenova - and it's only going up from here for the young producer. He has been booked to open up for a wide range of global headlining acts including LAIDBACK LUKE, BINGO PLAYERS, WILL SPARKS, THE BLOODY BEETROOTS, BUKU, Bro Safari, KILL THE NOISE, BRILLZ, GTA, 3LAU, PROK & FITCH - among many others.

We sat down for an interview with the Tenova, a DJ and producer on the rise not only in Pittsburgh but across the nation as well. Find out how he got his start in electronic music, what his upcoming career plans are and where he sees the growth of Pittsburgh's electronic music scene heading.

How did you get your start in electronic music?
I first started going to raves whenever I was 15. I had a group of friends who were already going to parties at the Irish Center, The Elks Lodge and The Eagle all the iconic venues of Pittsburgh's old rave scene. It was New Years 2010 that I ended up with no plans, and a friend of mine invited me to go to Time Travel, Pittsburgh's big yearly rave. From there, I started going out regularly. It really was an awesome part of growing up since I had no idea what electronic music was or how it was made before that. The mystery of it all kept unraveling with every event I attended. Eventually, I got a job washing dishes and that allowed me to save up money for CDJs and a mixer, and a Macbook for producing. I had started my own night at the now closed Affogato Coffee House in Bellevue, sharing the spot with Shisa, another Pittsburgh producer. We learned to DJ together. Once the shop closed down, so did our night, but by that time, I had already cemented myself enough in the Pittsburgh scene to be getting booked fairly regularly.

Who do you consider some of your musical influences?
My biggest influences are the people who I've grown up with, spent time in the studio with and DJed with. The two people who chose to go out of their way to help me most are definitely DJ STROBE, whom I consider to be one of the biggest hidden gems in house music in the entire country - and Geoff Huber, the label boss of Stem and Leaf, a deep house boutique record label based here in Pittsburgh. These are two guys who took the time to bring me to their studios and taught me the basics of both DJing and production. Without the two of them, I certainly wouldn't be having this interview right now!

Who are some artists you spend your spare time listening to?
Oh man, my personal taste in music is all across the board. Right now, I'd say my four favorite artists are MK, TCHAMI, 3LAU and EDX. That being said, those are just my top four at the moment.

If you could collaborate with anyone in the music industry, who would it be and why?
MK, MK, MK! Need I say more? On a serious note, Marc Kinchen's work inspires me every time I drop one of his tracks into the rotation.

What is your best piece of advice for those looking to get their foot in the door of the music industry?
The BEST piece of advice I can give anyone is to be versatile. I identify as a house DJ predominantly, but I get booked very regularly to play sets of twerk, trap, EDM and the occasional hip-hop or Top 40 set. I have found that this allows me to expand my own personal brand to be as diverse as my fan base, and it makes for some very intricate DJ sets. You don't know the fun of dropping Snoop Dogg's "Gin and Juice" in the middle of a big-room house set until you've tried it!

What has been your most memorable experience while performing?
It would probably have to be spinning at Life in Color at Stage AE this past year, as well as the continued success each and every weekend at Tilden. Life in Color was one of my first experiences DJing a big festival. Being asked to represent my home city on a national tour like that was truly an honor. The unparalleled energy of that event, combined with seeing my city's skyline on the horizon above thousands of ravers was, to be blunt, unforgettable.

Tell us about your successful residency at Tilden.
I've DJed in Tilden every weekend for the past year. We're Pittsburgh's only full licensed after-hours club. When people think of an after-hours, they're usually thinking more mellow, deeper genres of house, and while we certainly feature a bit of that now, most people don't realize that 2 am is still peak time. Most clubs in other cities don't close until at least 4 am!

When people arrive at Tilden, they're ready to rage! From there, I'll typically play four of five different genres over the next few hours. What's great about the club is that in addition to being their resident DJ, I'm also their musical curator. I have full creative control over what I play, and I take great pride in that. There's no other venue in Pittsburgh that will let me do what I can do at Tilden. I'll play everything from a classic DENNIS FERRER track to Beatport Top 10 bangers to "Turn Down For What". Best of all, our crowd is big and diverse enough to appreciate it all! We aim to be the ideal destination for those looking to continue their nightlife experience past the typical bounds of 2 am, and I think we're doing a pretty damn good job!

What are you most looking forward to this summer and what are some of your upcoming plans in regards to new releases and performing?
I'm looking forward to locking down my production game even further. I have an EP release scheduled with Stem and Leaf Music, as well as a few pretty awesome blog releases set up over the next few months. In addition to this being one of the best summers Tilden has ever experienced, I have numerous other booking offers on my plate at the moment. Follow me on Facebook and Twitter for more details as they arrive.

What are your thoughts on the growing electronic music scene of Pittsburgh?
Believe it or not, we have a ton of variety in Pittsburgh. On any given weekend, you have the opportunity to hear most of the big genres in electronic music. Now of course, you can't go out and find a hardstyle night on any given Friday, but if you like electronic music, you won't get bored.

Where do you see the Pittsburgh scene in the next five years or so?
It's difficult to say. On one hand, we've seen explosive growth over the past few years and that can be attributed to the acceptance of EDM in popular culture, with plenty of new people being introduced to our culture and growing demand for EDM to be everywhere. On the other hand, we have antiquated liquor laws, a music scene that is constantly changing and more venues closing each year.

The club industry is a constant series of ebbs and flows. What I do know for sure, is that while most clubs in Pittsburgh have a lifespan of five years or so, yet Tilden has been open for over 20 years and is currently experiencing some of its best weekends ever. Additionally, Pittsburgh is home to some of the most dedicated, hardworking individuals I've had the pleasure of knowing. What matters is there are individuals in this city who simply won't stop DJing, wont' stop producing and won't stop promoting. No matter what obstacles we face, with people like this, there's nowhere we can go but up!

For more information and updates on bookings, be sure to visit Tenova at www.tenovadj.com - and be on the lookout for more releases to come from this young DJ, producer and artist on the rise.