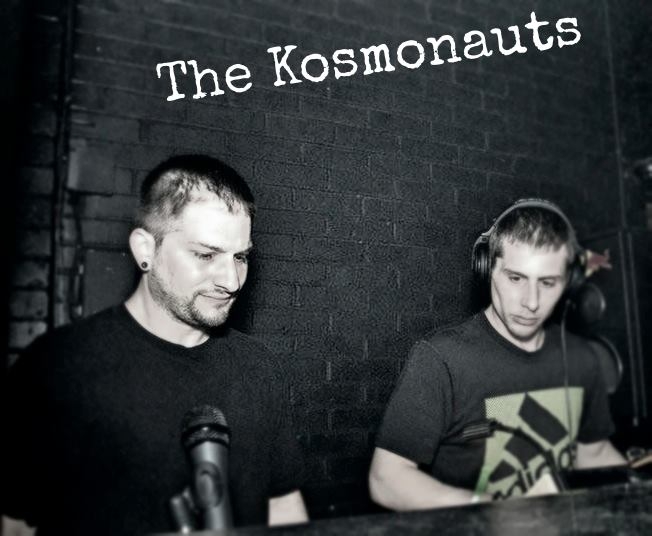 The Kosmonauts are a progressive house DJ and producer duo from Pittsburgh who just so happen to be brothers that share the same passion for creating music. When the duo isn’t performing around the city at different events and opening up for headlining artists stopping in Pittsburgh on tour or producing new material for their own podcast, The Kosmonauts are spending their time constantly creating new tunes to get you moving.

Tony and Joe Schirripa developed a strong passion for music at a very young age, and always had an ear for good taste. Tony started playing electric guitar in his early teenage years, and by the time he was completing high school, he traded in the guitar for two turntables and a mixer. It wasn’t long before Joe gained a curiosity for the art of mixing and the house music his brother was so in love with. Together, the brother duo decided to start collecting vinyl records to grow their music collection, and from there developed the beginning of The Kosmonauts.

As for musical influences, the duo reflects on a lot of house artists and local DJs. There are a number of different producers Tony and Joe gain inspiration from both the past and current big-names.

“My love for house all started with DJ Dan,” Tony explained. “Also, growing up in Pittsburgh, DJ 7up was always someone I looked up to and was influenced by. Joe is a break beat guy, so he was mainly influenced by DJ ICEY, FIXX and BABY ANNE.” Tony continued to share some of the recent artists they have been listening to, throwing out, “a lot of different pod casts, SANDER VAN DOORN, JUICY M, BASSJACKERS, DANNY AVILA and R3HAB - just to name a few.”

When asked who the brothers would most want to collaborate with in the industry, they both were quick to respond. “Don Diablo, hands down. His production is top notch every time, and his creativity is second to none in our eyes.”

The duo has performed at a number of different venues around the city, but it doesn’t matter where they are - when they crowd goes nuts over their tracks, there’s no explanation of feelings.

“The best experience for us is every time a crowd goes wild for one of our own production,” the duo explained. “There really isn’t a better feeling than that.”

The Kosmonauts have a lot in store for the coming months, including sets at different events, new releases and plans to continue producing new material.

“We spun for a lot of great events this summer, and we’re booked well into the fall season,” the brothers stated. “We currently have a number of releases on Vice Versa and Skunk Butter Records coming up. We would like to sign at least another two or three before the year is over. As far as residencies, we aren’t really looking for anything permanent at the moment, however we are always accepting bookings for electronic events of all kinds!”

Having being born and raised in Pittsburgh, the Schirripa brothers have watched the electronic music city in their hometown grow tremendously throughout the years. Being apart of the scene now makes it even more memorable of an experience for The Kosmonauts, and they only hope for continuous growth and appreciation.

“The growth that we’ve seen in the past few years is amazing, we’re both very happy with how accepted house music and other genres of electronic music is in this city,” the brothers said. “We really look forward to even more growth in the future, it gives a kind of life to the city, if you will. Hopefully we will see some bigger events and maybe even some larger scale festivals come through in the near future.”

The Schirripa brothers aka The Kosmonauts closed out their interview by stating, “nothing replaces hard work, to make it in the industry, make yourself visible to the people that matter, but most importantly - practice, practice, practice.”

It is well-known and apparent that the duo has taken their own advice on how to become successful in the growing electronic music scene, and we look forward to seeing what else The Kosmonauts has in store for us in the coming months.