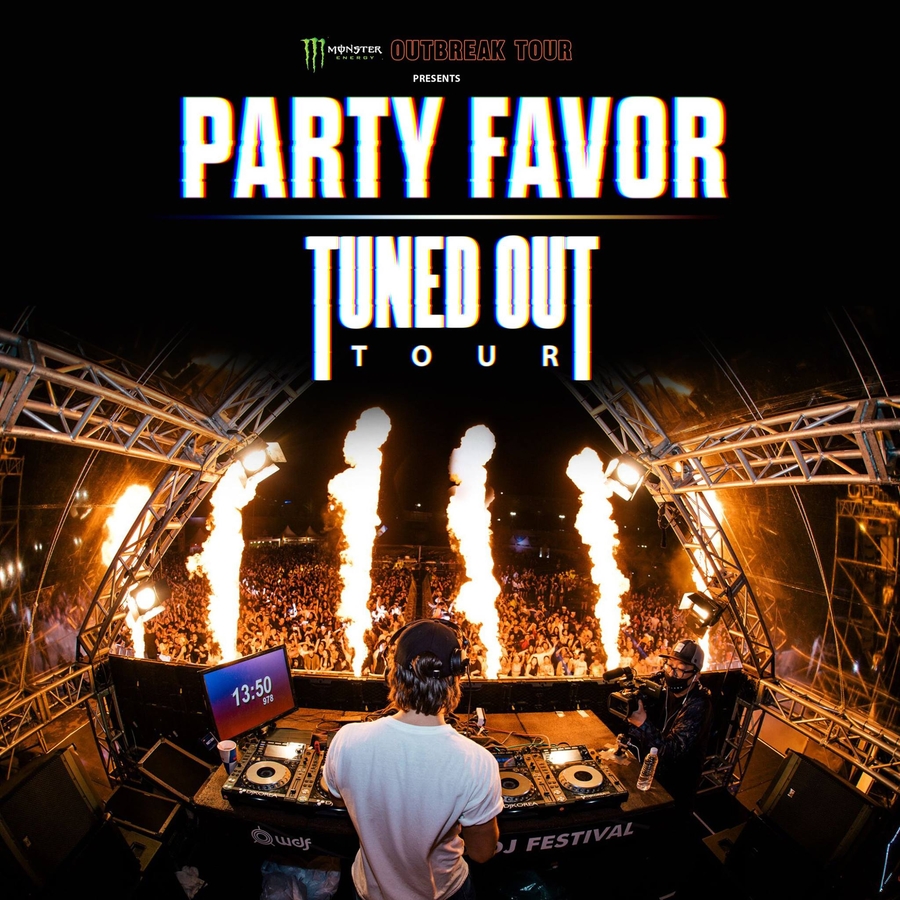 Party Favor to perform in San Francisco on Oct 6

Tickets for the show are still available here.

Party Favor just recently dropped a brand new record called "Bury". It is a collaborative track with BAD ROYALE featuring vocals from Richie Loop. "Bury" has a such an infectious beat that it is sure to get any dance floor going crazy. PARTY FAVOR has taken moombahton and mastered it with his signature sound. To kick off his new single, he has announced his headlining tour called "Tuned Out" in partnership with Monster Energy's "Outbreak Tour". Some of the supporting acts include Bad Royale, FALCONS, FKI-1ST, GLADIATOR, GRAVES, KITTENS, KRANE, NOODLES, SAYMYNAME and TWO FRESH with 24 dates announced across U.S.