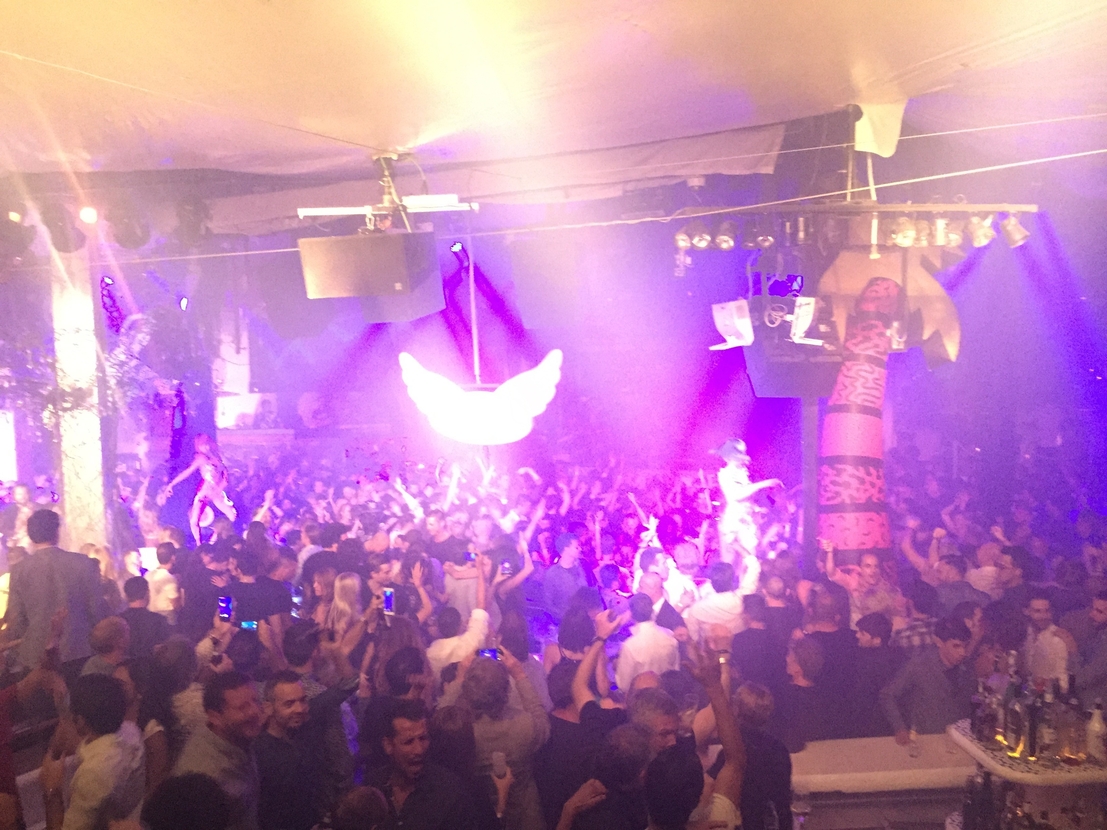 In its third season, INSANE Friday nights at Pacha gets the weekend going with a wild variety of house in its numerous dimensions. Decked out in tropical and cosmic decorations, the forty-year old and first club on the island creates a posh fantasy world of sparkle in both visual and aural sensory realms. The DJ booth recently moved to the middle of the dance floor action and an impressive line-up, exceptional music remains center stage. Friday’s INSANE night at Pacha is guaranteed to blow your mind and keep you wildly entertained with miscellaneous house sub-genres, trippy decorations, and the customary Pacha Group elegance.

On opening night last Friday, the club filled up to ALEX KENNON's dynamic tech-house. Italian born, Alex has a mixed style all his own that is not easily pinned down, with touches of many genres, a spacey feel to it, dreamy tunes and deep-tech sounds. His was a solid start to the folly that had people shouting and jumping from the get-go.

Decisively taking a techno turn, TENSNAKE turned it up a notch. Confirmed for three slots throughout the season, Tensnake took over with the opening night already in full swing by 1:30 a.m. The dancers also emerged at this point, in their full body skin-suits with glitter decorations and brightly colored wigs, as Tensnake mixed techno, house, and a blend of electronica, giving way to DENNIS FERRER and some harder deep house. Having as much fun dancing as the crowd, Dennis had the crowd out of their heads with his beats blowing up the house

And just when you thought it couldn't get any better, 5 a.m. rolled round and John Digweed emerged. With the most out of your head progressive house and techno out there, John’s set was worth the wait. While not everyone made it through the end, the act was enough to blow you away. Bringing back those nights at Heaven in London before he got voted best DJ in 2001, John Digweed brought heaven to Ibiza. Reminiscent of the afterhours circuit scene in the States, his set could not but be last as it would’ve been hard to top, as the crowd danced until the end despite the achy feet and progressively blurrier state.

Overall the night was off the chain, a guaranteed blast to start the weekend. INSANE turns out to be just what the night promises: a night of total madness and out of your head music, an absolute must for any underground house lover.