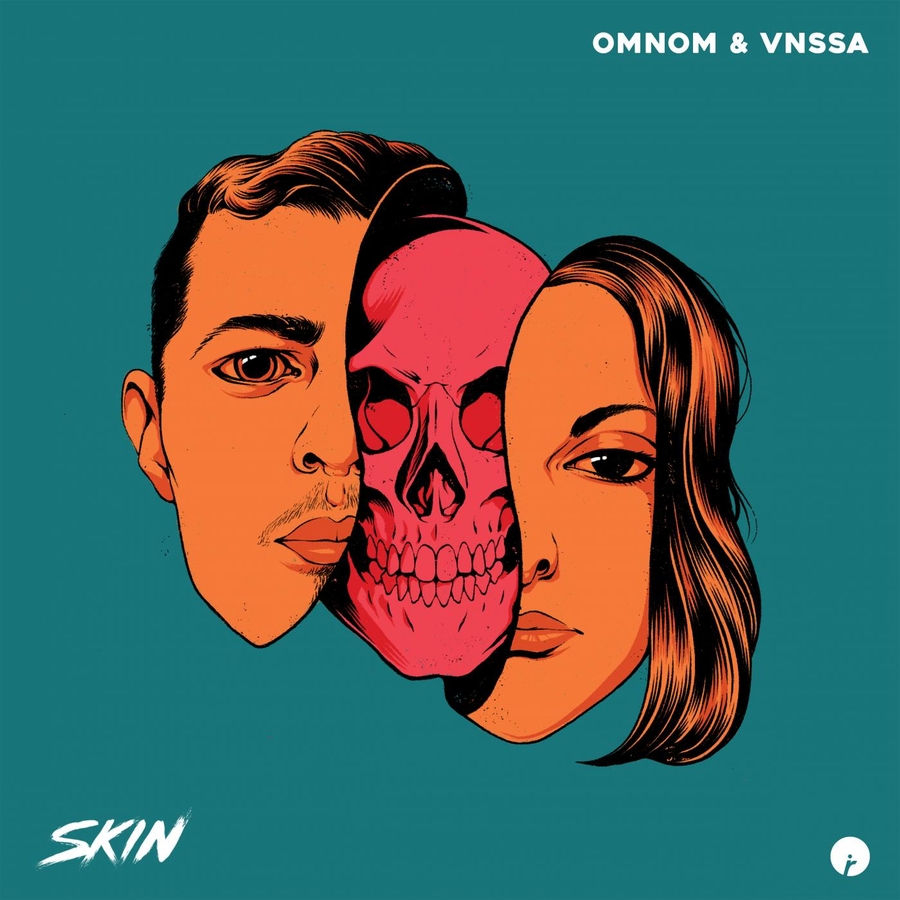 Two of house music’s rising artists, OMNOM and VNSSA have joined forces on the wonky, tech house track "Skin" out now on INSOMNIAC. It was only a matter of time before both LA-based artists collaborated and “Skin” perfectly shows off their complimentary sounds.

"OMNOM and I have been friends for a few years and after playing shows together consistently for the last year we decided it was time to collaborate,” said VNSSA. “This track came together pretty fast and I really think, just like the artwork, it’s a complete amalgamation of the two of us.”

“One day, Vanessa and I sat down in the studio with the sole intention of writing a “rave bomb” (as I like to call them),” said OMNOM. “I really think we created a track that toes the line between ‘beauty’ and ‘beast.’ Lush chords and sparkly synths eventually melt away to reveal a monstrous bassline covered with zapping lasers and sizzling snare fills. Just like how Vanessa’s haunting vocals may seem a bit morbid at first, I think it’s not hard to find some beauty in the underlying message that we aren’t so different in the end.”

“Skin” is a sensational slice of woozy, four-on-the-floor that perfectly embodies two of the hottest names in house music, and hopefully, this won’t be the last rave bomb we get from OMNOM and VNSSA.