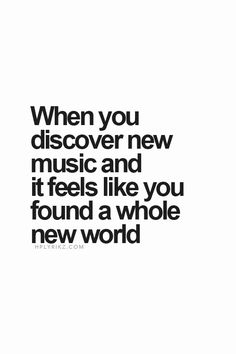 Got a case of the Mondays? Well, The DJ List has the perfect cure!

Music can be the best remedy. So why not fill your soul with some sweet melodies, insane beats and luscious vocals? Take a dose of these 5 new tracks featuring some of dance music’s freshest faces. I promise they will put your daily vitamin to shame!

Wiz Khalifa – “See You Again” Feat. Charlie Puth (BASH Remix):
“See You Again” is the first release from New Jersey/New York based newcomer BASH. Having devoted his time to honing his craft, spending 20-hour days in the studio perfecting his one-of-a-kind trap infused tropical style, this bouncy tune gives us the first glimpse into a massively successful future for BASH. He has taken hip-hop star WIZ KHALIFA’s hit single and gave it a full blown tropical house rework, making it a top contender for this year’s feel good jam of the summer.

Lana Del Rey – “Born To Die” (Absence Remix):
Absence is the mysterious new artist who made a buzz for himself after putting out a stellar remix of Diplo’s “Revolution” earlier. This time, he’s kicked up the BPMs and put some futuristic deep house vibes on Lana’s breakthrough hit “Born To Die.” This track also features some tropical inspired synth progressions that give the traditionally melancholic single a new interpretation, showcasing ABSENCE’s versatility and unique artistry.

Calvin Harris – “Outside” Feat. ELLIE GOULDING (Frankie Sanchez Remix):
There is no doubt “Outside” is one of the biggest tracks of the year, and with that comes an influx of remixes. However, this particular remix by Bakersfield, California’s FRANKIE SANCHEZ remains unrivaled. From the dark undertone behind Ellie’s tweaked vocals to the moody synth and heavy bassline, Frankie has taken this lonely lover’s anthem to a whole new level of solemn. With a sound that plays along a similar aesthetic to ZHU and Odesza, you’ll want to keep Frankie Sanchez on your radar.

YEAH NAH – “Tribe” Feat. Cam Nacsom:
YEAH NAH is like the chilled out, funky trap child of FLUME and CHET FAKER. Though these Sydney, Australia natives are still new to the scene, they have been breaking through sound waves with the finest in future bass. “Tribe,” with its smooth vocals and steady percussion patterns, invites us into a more mellow region of the bass lords’ signature realm. If you’re looking to take off into the sounds of tomorrow’s best in bass, then you might want to check out their Zulu EP.

Borgeous & SHAUN FRANK – “This Could Be Love” Feat. Delaney Jane (Zeelaa Flip):
Chicago’s young blood Zeelaa puts a “love trap” spin on BORGEOUS & Shaun Frank’s house anthem “This Could Be Love.” Zeelaa is a true wunderkind with an impeccable ear for next level productions and an artistic authenticity way beyond his years. He managed to weave in percussive trap elements, a series of synth patterns and a deep bassline all while staying true to the original vocals, making a unique rendition that is sure to give you a whole new set of feels.

Keep an eye out for these brilliant upcoming artists. Their careers are about to flourish!
For more information on BASH, visit:
Facebook | Twitter | Soundcloud