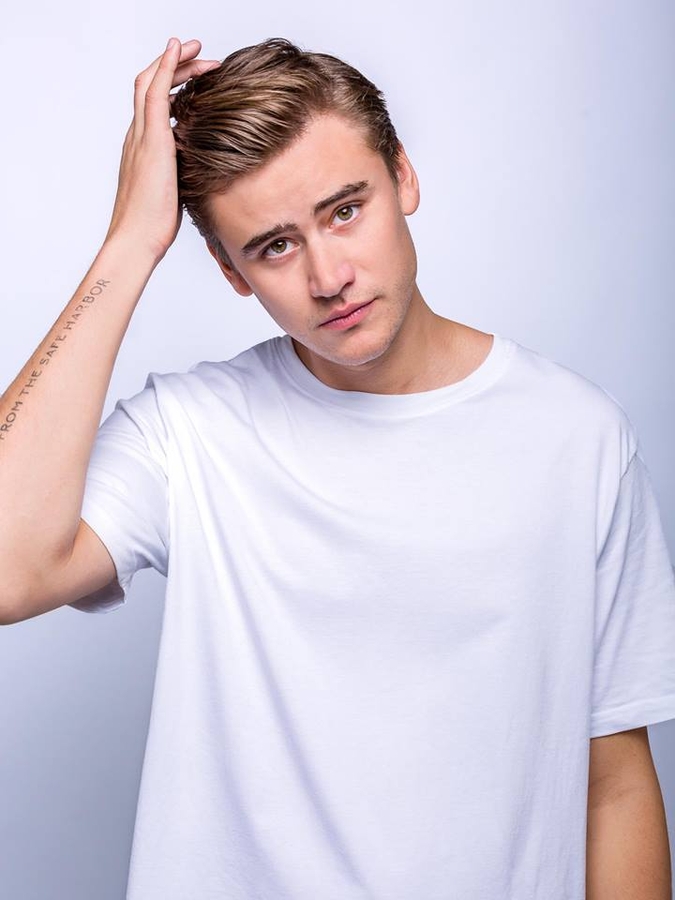 With his initial release on Spinnin Records in 2015 “Ertesuppe”, the young DJ/Producer phenom, DANTE KLEIN burst onto the scene. The track was quickly featured in Pete Tong’s radio show along with those of Avicii, Watermat & The Magician. Collabs followed with Sam Feldt, along with remixes for Dimitri Vegas & Like Mike and Kim Churchill. Now with 2016 in full swing, Dante Klein is about to ‘turn on’ the world with his latest release featuring the LA group Cheat Codes.

Dante always had an interest in everything musical, dating back to the pots and pans jam sessions he had together with his sister during childhood. Those ‘instruments’ soon gave way to a real piano and the first compositions were born. At the early age of 10 he got hold of DJ equipment and and his life’s passion was discovered. Dante soon followed suit with producer software, and then went on to finetune his skills at the renowned Herman Brood Music Academy in the Netherlands, from which he has since graduated.

Now, just having turned 21 years old, Dante Klein is setting things alight in quick succession. Shortly after his highlight performance at Tomorrowland 2015, he was asked to remix “Higher Place”, the groovy # 1 Billboard dance track by Dimitri Vegas, Like Mike & Ne-Yo. This was quickly followed by a brooding collaboration with Sam Feldt & Belgian singer Milow, “Feels Like Home”, which became the focus track of Feldt’s EP.

All this has led to the biggest release to date - “Let Me Hold You (Turn Me On)” had been secretly gaining global traction on Spotify as an ID track, with more than 2.000.000 streams before its official “reveal” on June 29th. First week of August it hit 40 million, reaching a number 48 position on the Spotify Global charts and a number 21 position with 88 million streams by the end of that month. The track keeps on going strong. This rework of Kevin Lyttle’s hit features the succesful LA based Cheat Codes who are currently also enjoying a world-wide hit with “Sex”.

You also recently released your collaboration with 87’s feat Bone Thugs & Harmony. What can you tell us about the track and what inspired you to collaborate with them?

I wrote the track together with the 87’s in LA and we were so inspired by the whole vibe you get in LA that we started writing about LA. So at that point we had a R&B/Urban/future bass kind of track so we thought F*ck it why not add some old school hip hop.

We recently sat down with Dante Klein to ask him a few questions.

Besides releasing a new track you also had a very busy summer, what where some of your favorite moments?

It recently got announced that you are part of Spinnin Next, what can you tell us about that?

All the younger talents from Spinnin Records will be more in the spotlight and pushed
through spinnin next! Im very excited to be part of it:)

You also recently announced that you will be part of a new tv show in the Netherlands, what is it about and what is your roll in it?

It’s a reality/documentary about 4 dj’s including me. Its about my life as a up and comingdj. It shows how I am when I'm on tour and when I'm at home

You also almost reached 300 million plays on Spotify with “Let me Hold You” Did you ever imagined it being such a career defining track for you?

It was the last I expected to be. But eventually I’m very happy of course it became a big
hit!

What is next for you? Anything collaborations or up coming shows you can talk about?

Im very excited for ADE and in the beginning of october ill be going to LA to write some music and finish a cool collab!