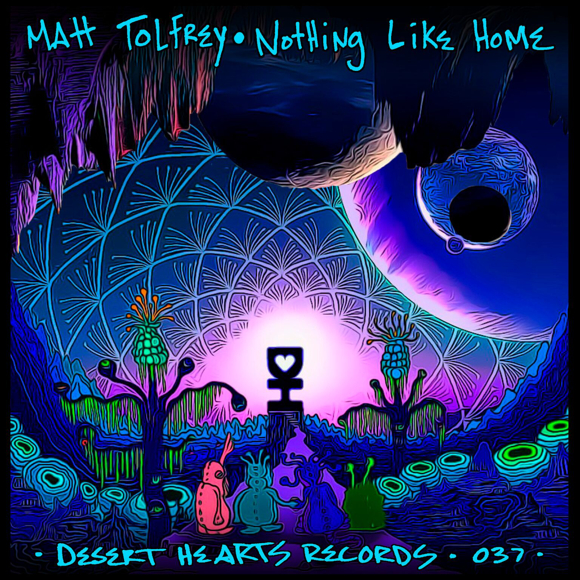 Matt Tolfrey is a brilliant producer who's been cutting his teeth in the House scene for the past decade from his home in the UK. Doubling as an industry leading label manager for The Martinez Bros' imprint Cuttin’ Headz as well as a few of his own - Leftroom, Leftout, Leftroom Limited, and IS THIS, Matt is renowned as a playmaker on all sides of the House music paradigm. Tolfrey has also garnered an impressive discography on some of the biggest dance music labels in the world such as Crosstown Rebels, Viva, Culprit, and elrow.

Now, Tolfrey joins the Desert Hearts Records family with an amazing EP packed with expertly assembled percussion, eclectic synth work, and bubbly basslines, culminating in two fervent Tech tracks that let the rhythms speak for themselves. It’s feel-good, powerful, and tough - all the key signifiers of good House music made for and by party enthusiasts.

Tolfrey will also be making an appearance on the bill for Desert Hearts Festival coming up on the last weekend of April.

In label boss MIKEY LION’s own words, “this Tolfrey EP might be one of my all-time favorite releases we have signed to the label. I have been a huge fan of Matt’s for nearly a decade, but it wasn’t until JOZIF introduced us during a very extended party session in Playa Del Carmen and I saved his life in Las Vegas, that we realized Matt’s totally on the same vibe as us.”