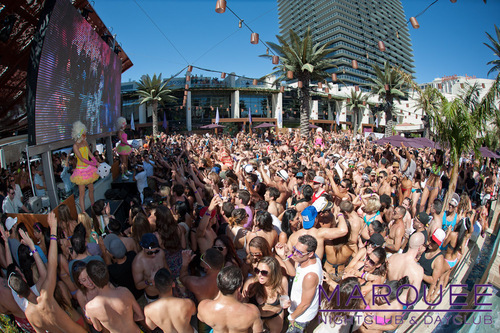 Marquee Nightclub & Dayclub was recently voted the top-ranked U.S. club in the definitive clubber’s guide DJ Mag’s Top 100 Clubs Poll, leading the pack in Las Vegas’ nightlife dance music movement thanks to our roster of 35 world-class residents. To top it off, this spring 2012 season sees the addition of FEDDE LE GRAND and JOACHIM GARRAUD.

The Nightclub continues the party with superstar DJs on the decks for this multi-award-winning venue. Memorial Day Weekend blasts off with ‘United,’ bringing in special guests - BENNY BENASSI, CEDRIC GERVAIS, Chuckie, Fedde Le Grand and Kaskade, who are all guaranteed to keep holiday revelers packed on the dance floor as we herald in the unofficial start to summer.