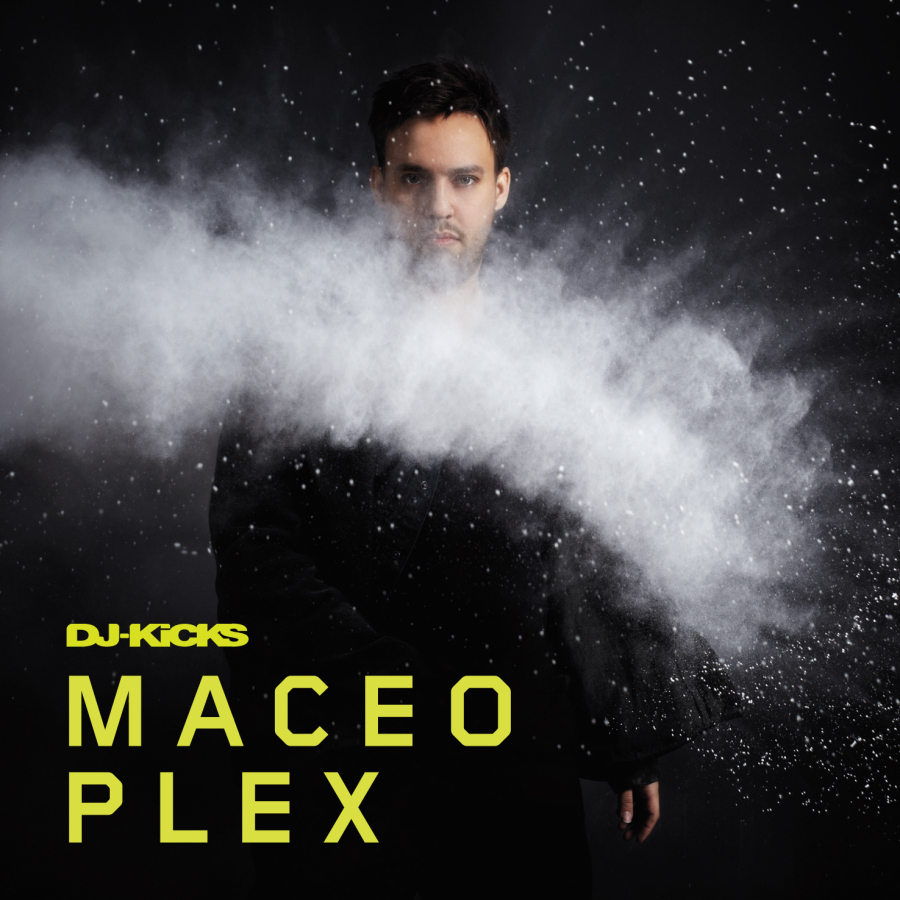 Is it possible to zero-in on the sound of the future by re-contextualizing music of the past? MACEO PLEX's meticulously crafted DJ-Kicks mix aims to do just that. “For the last three years at least, the big trend has been early '90s house,” he says. “Everything's a throwback. I think it's the right time to put out something that's a little more deep and futuristic again.” So while the mix includes tracks that that are up to 20-years old, the selections highlight timeless qualities he feels are missing from contemporary dance floors, and the music is painstakingly re-edited for emphasis. “Most of the tracks are really old, so they needed freshening up,” he says. “A lot of them were missing percussion, or some other element I thought they could use. I think it's time for people to move on to rediscovering what electronic music is all about, which is moving forward. That futuristic sound, which is timeless.”

But isn't it a bit of a contradiction, trying to bump electronic music out of a retro rut by looking to a different set of old records? Maceo Plex, whose real name is Eric Estornel, reasons it thus: “A lot of the music on there is old, but basically has the sounds and the type of vibe that I think is missing these days. I went through a lot of new music. I didn't want to select anything that everyone is playing at the moment and I definitely didn't want to select anything that was already out on digital. The whole mix is comprised of vinyl-only tracks that are not going to be out on digital other than the DJ-Kicks mix. To do that I had to go through a lot of new music and a lot of old music, and there wasn't much new music that I really loved. I mean I love a lot of new music, but there wasn't anything that I wanted to represent what I'm trying to do with the mix.”

Estornel has certainly come up with a forward-thinking set that doesn't sound like much else out there. It opens with “Spatial Lobe” by Monsters From ID, a lost gem of electro typewriter beats and cosmic bleeps by two brothers from Northampton in the UK, who also released under the name Bitstream. “That is one of my favourite tracks of all time,” says Estornel. “It's a really deep emotional electro track.” “New York Is Alright” by TV Baby, a throb of low-resolution low-end and caustic vocals, bleeds into Estornel's collaboration with with Michael O'Sullivan, “When It All Comes To This,” which sees acid house poetry set against a menacing tech house groove. “The way they go together is a really important moment in the mix,” he explains. “It's a really good groove; futuristic but really soulful and funky at the same time.” The thread that runs throughout the mix is a compelling darkness. “The whole mix is very dark,” agrees Estornel. “But it's varied as well. It's really boring to stay one style. If you're a lover of music, you don't love one style. I think it's important to travel through different styles.” The end result is an education, a lesson in how electronic music for the dancefloor is done with intelligence.

If the custom treatment of older tracks sounds likes a long-winded process, it was. “It took me at least three months. I went through my own stuff and previous DJ-Kicks mixes. Y'know, research. I think it is the most important mix series so I wanted to make sure it was music that I really loved and I want to hear in five or ten years time.” Estornel continues: “I think one of the biggest moments is “Racing Tracks” by VISNADI, the edit that I did. It's got these racing car sounds and I think that the edit came out really well. It's a pretty strong moment.”

In time-honoured tradition, the mix contains an exclusive track (in addition to the ten new re-edits). Maceo Plex's “Galactic Cinema” is a muscular and suitably off-world house chug. “I'm kind of known for a couple of big disco records and some really deep bassline house tracks. This track is much darker, but still pretty sexy and soulful. The whole thing is dark and futuristic.”

“This mix is kind of my legacy, or, at least, part of it,” says Estornel, by way of a parting thought. “In ten or twenty years I'm going to want to go back and listen to this mix and I hope it's still fresh.”

Who knows. It sounds pretty timeless right now, though.