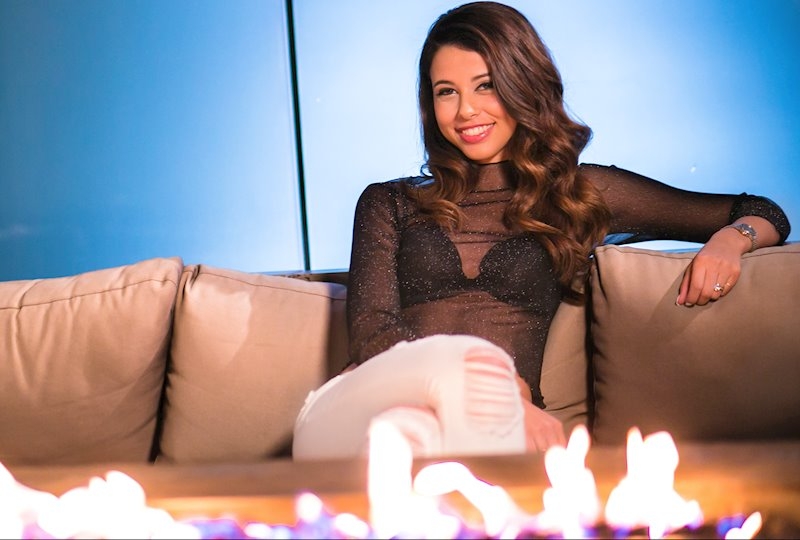 "Twisted // Mistake" is an alternative pop record by young Los Angeles based songstress, Kaleigh. Her soulful vocals and longing lyrics are accompanied by a guitar melody reminiscent of early Michelle Branch. If you are a fan of 1998-2000s pop, you'll definitely vibe to Kaleigh.

With soulful vocals and longing lyrics, "Twisted // Mistake" is a true coming of age tune about the ending of a rocky relationship. Kaleigh's chops as a songwriter shine through as lyrics like, "Moving on now onto something magical," and "Keep telling myself it'll be okay," paint a picture of an emotional state we have all felt before. She reminds you that heartache is only temporary, and sometimes necessary, but you will come out stronger than ever as a result.

Kaleigh is a great story teller who paints a picture we can all relate to. Lyrics like, "Moving on now onto something magical," and "Keep telling myself it'll be okay," remind you that letting go is a part of life. We all face it at some point but sometimes it's exactly what we need to grow.

"This song was inspired by heartbreak and the struggle to cope with losing someone who was once such a staple in your day-to-day life. The vital part about this song is its message that every emotional storm comes to an end and every person is capable of pulling through the heartbreak. Everyone has strength greater than they realize." - Kaleigh

ABOUT KALEIGH
Singer-songwriter and actress, Kaleigh Krause, is best known for her role on the hit NBC television show, "The Good Place." She is a diverse actress, who got her start in commercials and music videos, and her budding career in the industry continues to grow.

Kaleigh parallels her acting career with her busy music and college careers as well. Kaleigh continues to record and release music along with acting and school. Her most notable previous releases are a single "New Perspective", and a music video and single entitled "Fading." She currently attends college as an English major and does a variety of community service work. She challenges herself each and every day by balancing her budding careers in the entertainment industry with a successful academic career. In the past, Kaleigh was involved in softball, volleyball, and journalism. She also strives to better her acting and singing skills as her career evolves. Kaleigh has been coached by some of the best in the industry including Margie Haber, Zak Barnett, Robin Dale Meyers, Melva Graham, Ari Blinder, and Christinna Chauncey.

FOR MORE INFO ON KALEIGH, VISIT: