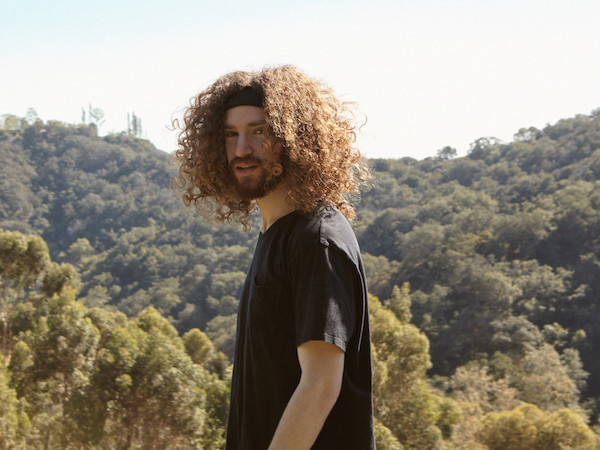 Flashback to 2015, the year that kicked off a bright career for fresh-faced USC graduate JUSTIN JAY. Landing himself a slot in the Dirtybird nest alongside big birds like CLAUDE VONSTROKE and JUSTIN MARTIN, the young trailblazer has since earned the upmost respect from some of electronic music's finest selectors following the release of his "Mom, I Graduated" EP. Next came his massive hits like "Rain Dance" and "Le Voyou" that instantly won over the hearts of DB lovers worldwide- solidifying his position as a proper Dirtybird player.

But within his first album release and a massive touring schedule, Justin rediscovered himself- pulling the rest of the tour and secluding himself from the life and sound he created for himself to start something new. He traded in his kicks and kooky synths for piano chords and lyrics- and from there, slowly began building his new album "HOME". There comes a time in the careers of many artist's that they strip themselves of what they knew and start with a fresh sound, a sound that they say in the end is more true to who they are. However, it's pretty rare for an artist who already had an established sound to make a 180-degree musical shift and pull it off with ease. But after you immerse yourself in "HOME", Justin proves that he has been able to do exactly that. When comparing his previous cover art and the peaceful, delicate cover of "HOME", it becomes apparent that we're about to hear a completely different side of the Cali-boy. Beginning with skin-tingling tune "Home Pt. 1", the album is a journey from start to finish- almost as if Justin had finally come home. He has reached his musical zenith and found a home within this new sound he has captured. The home he has created is built by soft guitar chords, autotuned vocals, euphoric pads, delicate melodies and that gritty, lo-fi sound you hear when you first put on a record or cassette.

There's a well-balanced variation in terms of sound throughout the album. Tracks like "Stuck inside My Head" and "Can't Hang" both having that auto-tuned vocal with a quirky little melody, a thumping bassline and hi-hats sprinkled throughout the wavelength that still have a bit of that old school JJ Dirtybird vibe- while "Time" and "Back On Track" are more guitar-heavy, less electronic focused tunes.

"Hey My Friend" is the one that really brings the album full circle and takes us to this new home that Justin has built for himself- with strong guitar chords and what now seems to be his signature- that unpolished, distorted raw acapella that can be found on a lot of the selects on the album. From the 14-track LP, the stand-out in my eyes hands down would be "Drive". It definitely would be considered as the odd one out from the group but the one that personally blows me away the most. "Drive" has this JUSTICE-esque, pulsating rhythm to it, wrapped in 909 thumps and glitchy synths that sounds like something straight out of the movie "Drive"

Wrapping up the album with a more relaxed, almost bittersweet guitar record with "Home Pt.2", which is a softer take on the euphoric and spacey "Home Pt.1", Justin has proved that this album was not just a selection of some new stuff he's been working on. This album is his rebirth- and guides us through the stages of his rebirth through a more organic sound. He broke down his musical barriers and allowed himself to expose his true, personal side to his listeners- something more artists should be implementing in their craft.

Catch Justin as he's about to embark on his North American tour for the album!