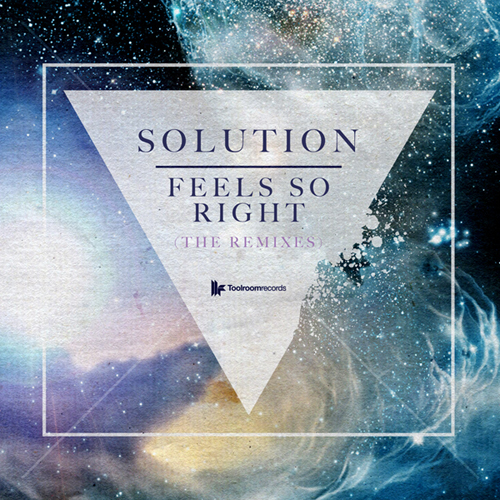 Following a string of successful remixes and releases, America’s finest disco house duo WHITENOIZE deliver an up to date take on ‘Feels So Right’ by VICTOR SIMONELLI. Keeping the soul and ethos of the original, their remix is a tribute to their style, keeping it accessible to all. We sat down to meet with the San Francisco duo earlier today.

Hi WhiteNoize! Thanks for talking with The DJ List today! So tell us a bit about yourself and how you were introduced to DANce music.

We both have been following house music since the 90's and used to go to all the raves in the San Francisco Bay Area. We'd follow guys like DJ Dan and DONALD GLAUDE. Around to these massive parties in random warehouses and were completely taken over by the sound. It was very underground at the time and most of the songs you heard you could only find on vinyl. This started the music search which led to becoming DJs.

What is the story behind your alias?

WhiteNoize was the only name we could find with a dot com to be honest. We picked out a bunch of names and thank god we didn't go with some of them haha.

How did you two meet each other?

We met at a private DJ event over 10 years ago…we were both hired by the same booking agent at the time and he put us together on a gig.

Who or what would you say is your biggest musical influence?

It's tough to say but DAFT PUNK and the album "Homework" probably had the biggest influence on us.

We both have been professional DJs for many years and have played many other genres besides just electronic music, so our sound is a combination of all the songs we have played, listened, and loved over time. Funk, Hip-Hop, and Disco are some elements you would definitely hear in our music. A punchy kick and a big bass line is also a must in a WhiteNoize track.

You recently released remodeled Victor Simonelli's Solution “Feels So Right”. We love the new tune! What inspired you to give re-interpret the song and give it a new twist?

Toolroom approached us last year about possibly working together and after some time we were contacted to do the remix. It fit perfectly with the style of some of the music we are into so we put our touch on it. We are always careful to try and keep the original feeling of such classic tunes we remix such as this one. We were fans of the original version and like to hear it come back in our remix.

If you have worked with a handful of artists so far—do you have any upcoming collaborations you can share with us about?

Coming up soon we have a great collaboration with DJ Dan at InStereo Recordings and a remix coming out for ANDY CALDWELL ft. LISA SHAW.

As we are approaching the end of the year what has been some of the highlights?

This year has been amazing for us. Each show has been something that we can look back and be like "wow…that was fun". We played both weeks at Ultra Music Festival as well as the private Ultra yacht party for 5 nights. We also played Coachella, Firefly, and Outsidelands music festivals this year in addition to many fun out of town gigs. Our releases had a great year as well with Check Baby recently hitting the #2 spot on Beatport House Top 100. At one time this year, we had 6 of our songs at once in the Beatport House Top 100 chart.

You will be supporting PAUL VAN DYK on December 27 at 1015 Folsom in San Francisco. Are you excited?

Oh yeah. He always draws a huge crowd to his shows and we will be in the side room doing our thing with our fellow house crew.

Bonus Question: What is something that you are obsessed with right now?