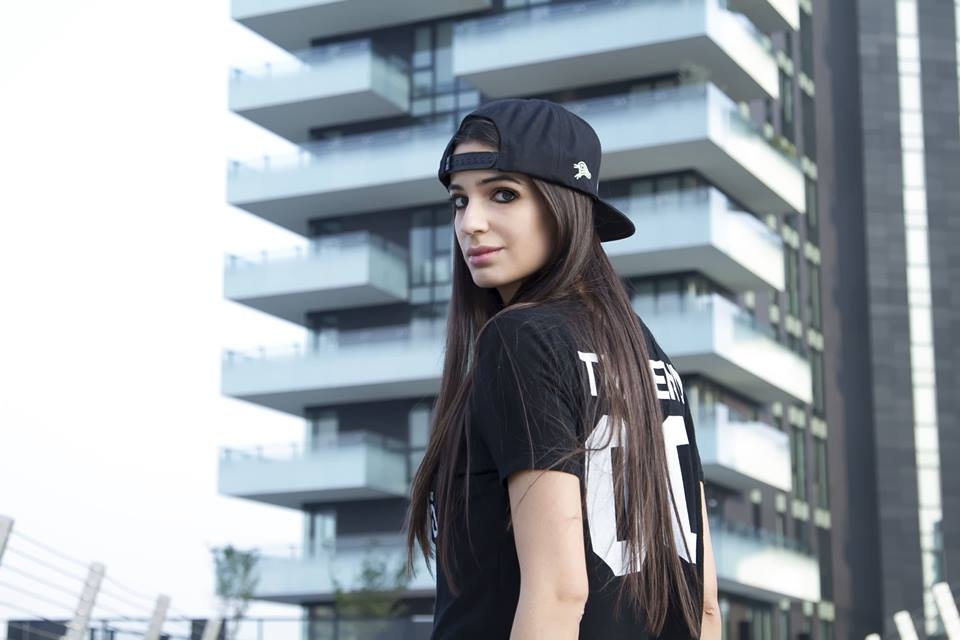 An Interview with Rossella Blinded

Italian producer and DJ ROSSELLA BLINDED has been on a tear in the US since first coming here and is gearing up to head back home to Milan. Amongst wrapping up an EP and multiple collaborations, recent stops at the Yost Theatre in Orange County, CA, Create Nightclub in Hollywood, and the LA Coliseum, Rossella also hosts her own radio show as well as interviewing BORGORE. No stranger to the DJ scene, production has been a recent new undertaking and now looks to ride on the momentum she has built while continuing to push boundaries and represent female artists in a heavily male dominated scene. We were able to chat with Rossella following her performance at Create during Independence Day Weekend to gain some insight and advice from a female artist's perspective.

1. What are the biggest differences between the European scene and the American scene?

"The American scene is the biggest in the entire world, there are tons of events, festivals and gigs everywhere. Here in the US there are so many opportunities especially if you are a bass music dj and producer. But, mostly important, I've noticed that here you can express yourself playing and producing the music you love most, the audience is open to all the genres and sounds.

And the size and the production aspects of the events are huge too! In Europe and especially in Italy, where i was born and i started djing, there are very few events regarding bass music and generally EDM, we don't have festival like Coachella or EDC Vegas! Here in US events are more like "confetti, fireworks, huge lineups".

The only place that can be similar to the US is the UK especially when it comes to dubstep and drum'n'bass, although the scene is more "underground" so to say. In Italy instead, people just want "mainstream" hits and genres, and in clubs they usually dance progressive house, techno, deep. There are many people that listen to bass music, but unfortunately we don't have so many events and parties dedicated to this genre."

2. What have you learned the most since being in Los Angeles?

"The things I've learned here is that the most important thing are the emotions, the feels and the vibes you give to the audience. Doesn't matter how many followers you have on your socials, what you are wearing or what you are saying: people listen to you only if you play a good set, produce good music and you blow their minds :)

But not only that, i've noticed how the level here is really high and pro, I mean virtually all the dj sets i've listened to were technically perfect, amazing music selection and great interaction with the audience.

As well as when it comes to producing, the level is just so high, there are barely-18 year-old producers that make great songs! Everyday here I learn something new, everyday i have to work more and more and it's very inspiring and stimulating!"

3. What do you think is the main reason why female artists don't get the same recognition as male artists and how do you see this changing in the near and far future?

"90% of the male artists, especially in the bass music scene, dedicate their career and their whole time in making music and improving their technical and music skills. Whereas if we speak about female artists the situation is not always the same. A female dj is too often seen as a "dj model" for example, which will make people think that she is up there for other reasons and girls who really dedicate their time and life purely to music are very rare and impossible to find. This is why it is common to think that "girls are not able to play" "girls are not able to produce" "girls don't write their own music" . And most of the time managers prefer to work with this kind of "artist" instead of working with a real-dj, a real-producer, a real-singer etc…

But, especially this year, i saw "real female djs and producer" on the main stage of the most important festivals in the world. For example this year at EDC Vegas, female artists such as ALISON WONDERLAND, ANNA LUNOE, STEPHANIE, HANNAH WANTS played, and we are talking of girls who have been into music for over a decade and they put hard work and dedication into music before everything else. I am really proud about this and i hope that the music industry will keep going in this genuine direction."

4. How would you best describe your sound?

"I play the bass music genres, such as dubstep, trap, future, drum'n'bass and sometimes hip-hop or electro. I like everything that is really melodic but powerful at the same time. In my dj sets I use a lot of vocal tracks or songs with hip-hop vocals too. About the music i produce instead, so far i've been releasing solely trap and hip-hop songs but my new EP will be very different, there are dubstep and future trap songs too. I love bass lines in every form and genre."

5. What tips do you have for fellow up and coming female producers?

"My tip is only one, go where your heart takes yourself. There are no limits, no boundaries. And if there is no way, create one. Don't give in to compromises, you don't need to exploit your image and play half-naked like some managers or promoters would want you to when instead you'd prefer to wear large t-shirts. And don't give up even if you live in a place where people don't support the genres you play or if you don't have the possibility to go to a professional recording studio. There is always a way to start, to express yourself and you'll find your way.

I see the entire world as a chance to create, to communicate with so many people anywhere through the music you play and produce. Be proud for who you are and be 100% yourself. And be prepared! You will have to spend all of your time learning to mix, how to use mixers, cdjs or controllers, and years and years in the music production with sacrifice, dedication and hard work...so you better put all this effort into something your really love."

6. What are the biggest obstacles of being a female artist in this industry and how do you look to change things?

"In the past years there were a few managers that didn't accept the fact that i wanted to focus entirely on my music and not on my "image" as a girl-dj. I have never wanted to be a "model dj" making money playing a genre i didn't like and being just a pretty face.

I spin and i produce music because i love music and if they tell me to play half naked or focus on the clothes i wear or post a selfie in my bikini...then honestly that's not the environment I want to work or be in.

This is one of the reasons i had to change a lot of managers in the past and I had to spend a lot of time finding ways to start my project again and again.

But on the other side, by choosing to be a dj and a producer before a model or a pretty face, I have always received great respect from everyone i met along my way in the scene. Also for the fact that I play a kind of music that very few female djs play such as dubstep, trap and drum and bass, i have been shown respect from the "male djs and producers".

Sometimes there was and there is still a lot of prejudice that just because i'm a girl i am not able to play or to produce. I've been playing for ten years now, i started with Technics 1200 record players and cdj 100s, and i am able to do a set from 70 to 170 bpm even without the "sync button" ;) lol

But sometimes people don't believe it. Even about the music production aspect, i'm not a sound engineer and i admit i am not able to work properly with frequencies and mastering by myself, but i do play every single note of my tracks, i write the lyrics and the melody, i sing my own vocals, i chose the sounds, i create and produce the entire song on ableton and i mix it by myself...but it's hard for people to believe it, so you continuously have to prove you are able to dj and work, because you are in the "eye of the storm"."

7. What do you hope to gain from the rest of the year?

"I hope to improve myself everyday more, speaking about djing but most important speaking about music production. I have been working on my new EP for one year and after this period in LA i ve finally found my own sound and my style, even though i created tracks with different genre. I really hope to release it soon and keep on playing bass music all over US."