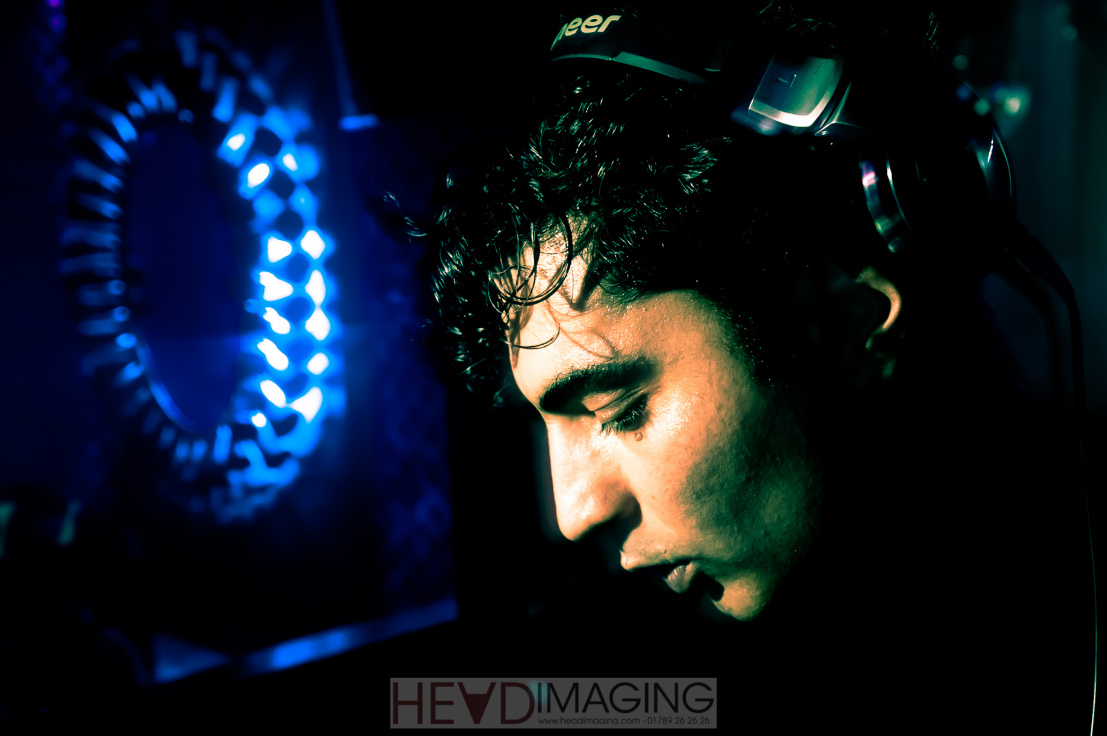 Omid Nourizadeh also known as OMID 16B, is a DJ whose passion for cutting edge electronic music is unrivalled. As a DJ and producer, songwriter, musician and label boss, Omid has forged a unique and prolific career as one of the world’s most talented and respected musicians and producers. He’s much regarded as one of the leaders who pioneered the tech house movement back in the early nineties, alongside the likes of CARL CRAIG, VINCE WATSON, CRAIG RICHARDS, MR C, STEVE BUG and FRANCOIS K. Omid was nice gracious enough to answer some questions for us.

Nobody in particular, it was always in me from a very early age to express myself without speaking or thinking too much.

For those who haven't heard of you before, can you describe your sound to us?

Unpredictable, honest, good and bad, sex inspired, spiritual, aggressive, kick back, melancholic, cunning… sometimes at its best it feels like you've heard it before somewhere, sometime in some life ;)

You have a couple of different labels - Alola and SexOnWax - can you tell us the difference between the labels and some history?

They are both about music that I can feel in my heart and soul - SexOnWax is a little bit of everything that makes one move, Alola is a little bit of everything that inspires the soul and captures the hearts impulses. Also, my Disclosure label is starting again as of September 2013, so it's 3 labels now and I’m not exactly making life easier for myself in anyway, but as a master once said: "Don't pray for an easy life, pray to have the strength for a difficult life". That sums up my life with my labels ;)

What does your studio consist of? How has your studio set-up changed over the years? What’s your favorite gadget you like to use?

There are 2 studios, one more personal and analogue based for me to work in, consisting of all my favorite instruments including the older more retro ROLAND, AKAI and KORG gear, and a bigger studio in the heart of London’s Soho. The latter is more for high-end work with outboards and pro gear to go into post-production and technical sonics for the best sound possible. Both I love and take pride in, keeping everything up to date and very well organized, thanks to my studio manager.

What part of the production process do you find the most challenging?

Completion and confidence to play the music to others - this area is where you as an artist can evolve or completely fail on all counts. Sometimes you need a little failure to understand your universal goal and true target, a little bit of support tends to guide you in a nice direction but often too much support or fake souls saying things are great can lead to forgetting who you are and who has to be ultimately happy to begin with. You need to be yourself and have the confidence to believe in yourself and most of all have an accurate opinion of one self whether good or bad! It must be completely honest, then you can blossom into a true unique artist with no carbon copies.

How do you feel about the “new” deep house sound? What direction is house music heading in?

I feel great about the fact that its not all noisy beats and big trance riffs that grab people's attention any more, like recent years, without generalizing too much. I think you all know what I mean? People are open to hearing the groove and story as such genres like deep house and tech house in its pure form provide. I’m glad everyone has opened their ears and eyes to see the alternatives to electronic music, it can go anywhere and everywhere now, it's just down to the music lovers and the producers and artists and DJs to stay true to what they believe. ;)

How did it come about that you were able to work with Mr. C?

He’s been one of my closest and dearest friends / brothers for over 15 years now, we met in his Infamous THE END club in London back in 1998 and both realized we had a lot in common yet are very different on many levels. We don't shy away from speaking our minds and both have had a lot of pressure to conform to the industry standards. Neither of us have done so and continue to be true to our hearts with passion to this day, we are all or nothing and that's what's kept us close for many years without fail, considering he has always given me the best advice generally and been a teacher on many levels, which I honor dearly, forever.

You have many different monikers that you use for production such as 16B, ORN, Sixteen Souls, Pre 4, and Changing Shape. Why not keep all your productions under one name?

I’ll take your advice on that! ;) It's too confusing even for me! I have been using mainly Omid 16B nowadays as currently it's not such a bad thing being versatile with style or genre, but back in the late 90’s you had to have different aliases for lots of valid reasons, which again the media seem to influence the artists in doing so. But, it's a whole different world now.

How are your Alola parties going? We heard you and DESYN Masiello played together at one in London recently, will this mean a return of SOS?

I'm very happy I finally had the patience and strength to carry the Alola Events through and thank the universe for the strength I'm given to select a team of hard workers and initiators that innovate every event and raise the bar as far as how everything needs to be done, rather than just getting away with the basics. I personally have no egos involved and let the parties be a place of joy and team spirit, not getting too focused on what we are competing with, rather we have a goal and set a standard that we want for each and every party. Money is always secondary, but the music is always primary, though it has taken a while to capture the understanding we expect from certain promoters and venues that focus mainly on revenue. We do not fear moving on from things if it doesn't work out with certain people and have a very open view on where it needs to go to give everyone the best music we can offer and a night they will always remember. SOS wasn't about anyone as individuals like the media made us to be, it was an experiment to remove our egos and be as one. I will be doing more shows with Desyn in the future as we go back a long way and have been best friends since our teens, but if SOS was to tour again the line-up will be slightly different and again no egos... just as ONE x

What are your future projects you got going on?

I don't plan too far ahead, as the music industry is a whole different game nowadays and it's wise to keep your finger on the pulse as opposed to detailed planning. I go with a wish / dream list and just tick off or add accordingly. I can confirm there will be a new 16B album with a mix comp before the end if this year, which I've been working through gently for over 6 years now. I can confidently say it will feature music that won't get forgotten easily ;)

You can catch Omid 16B on tour here: