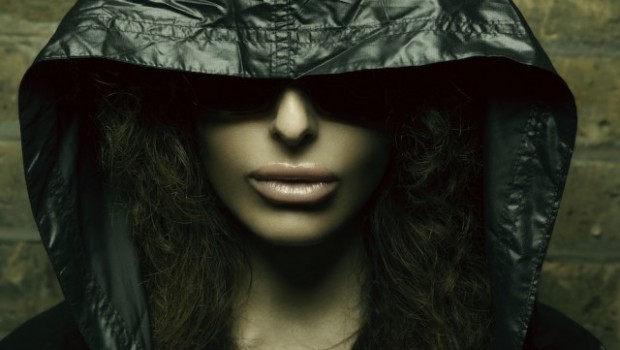 Nicole Moudaber has risen to stardom the past couple of years. With gigs all over the world from BPM Festival, EDC in America to her residency in Ibiza. There's no question about her skills: both as a DJ and producer. With her unmistakable wild hair thrashing left and right in sequence with the music that she plays; it'll be hard not to see her coming at you in the near future. Nicole was gracious enough to answer some questions for us with her busy schedule.

Who first introduced you to Electronic Music?

Myself, went to a club in NYC and got converted instantly.

What aspect of being a promoter helped you become a better DJ?

I booked many DJs, and having to listen carefully to how they presented their sets marked my ears forever. I read their stories, some were all over the place and some made sense. This is how I picked up on how the music had to be told, interpreting it my way obviously.

Los Angeles has been been a step or two behind when it comes to techno DJ's headlining the major clubs. Do you see that trend changing?

My last show in LA was blinding - sold out show at Exchange LA and I must say there were die hard fans and some were curious as well. The curious ones learned that techno is the way forward. ;)

Anyone that's seen you spin knows how much you get into it and how you show your emotion. Was that always the case?

Oh, I didn't know that. I definitely get carried away with it, it reaches me on a very deep level that's for sure. When I was a "professional clubber," music had the same effect on me, so I guess the answer is "yes."

You just played at two BPM Festival parties in January. How was the party like and what was the difference in the two parties you played at?

They were incredible, I wasn't expecting this response actually. La Santanera was the opening night of the festival, I played back to back with VICTOR CALDERONE, the club was oozing techno all night for 6 hrs and people wanted more, simply amazing vibe throughout. The second show came in last minute with JOSH WINK and STACEY PULLEN at Kool Beach, I wasn't aware the parties announce last minute their "special guests," and I was thrilled to know they asked for me. It was a pool party in the afternoon, I got to play all my deep and house music I love.

Other than the parties you played at, what other parties were your favorite at BPM? Can you tell us some other DJ's you enjoyed hearing?

Didn't get to hang for long at BPM this year, was only there for 4 days, so my priority show was of course CARL COX at Blue Parrot and my night off as well. No need to say it was out of this world.

In 2007 you started dabbling on the production side. What made you want to start producing music?

In 2009 I decided to take it seriously, it was more of a challenge and also my passion. I wasn't expecting anything near this response, but obviously when major players picked up on me it was more of an assertion that I'm doing the right thing and I should follow it through til the end.

You've been rumored to be ready to launch your own label, MOOD Records in late Febuary with the first EP released “In the Mood”. What direction do you want to take your label and what can we expect from your first EP off your label?

The first EP is called "In The Mood." It's more tech house with a hiphopish vocal by an amazing artist called HOSIE. I met him in New York, he told my story in his lyrics, which I find incredible. NATHAN BARATO remixed it and I also did my own version of it, aimed for the techno floors. The label will be everything from house to techno.

You've also been working on a track with DANNY TENAGLIA. How is the track progressing? Will it be released soon?

We're still working on it!!! It's just a case to get us in the studio again, we have different versions done already, I've been playing it in most of them in my sets. Our schedules are so busy and can't seem to sync properly, we have plans to meet in Miami and lock this baby down.

You also have your own party in Ibiza during the summer at Ushuaia and had Danny Tenaglia play for you. Can you tell us more about your party and what plans you have for it this coming season?

It was a one off actually at Ushuaia. I wanted to taste promoting and organizing events again, had the opportunity to have a date at Ushuaia, and I approached Danny about it and he was into the idea - the party was a classic house party only. We're planning the season as we speak, will let you know what's in store soon! Stay tuned :)

We love your wild hair, please don't ever cut it!