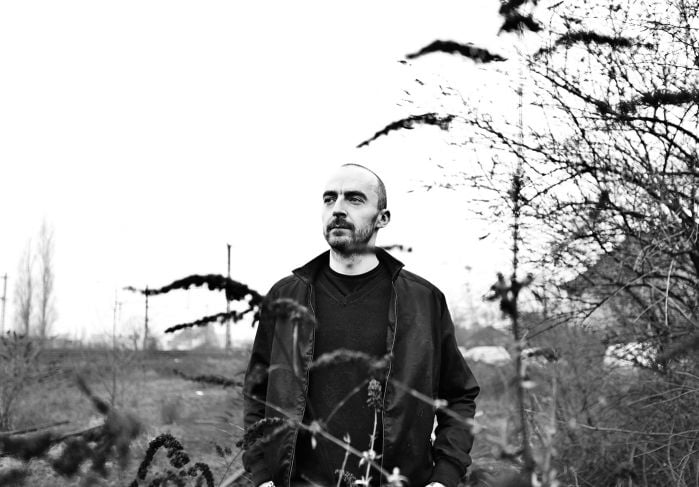 Electronic music is a secret and complex art: It lives on chaos and paradoxes, clashed histories and dark sides. So is NHAR’s musical algorithm. Coming from the flourishing southern techno scene, the artist has developed a personal universe on the fringes of techno and minimal house on labels such as Modélisme, Mobilee, Plak or Correspondant. This sphere of activities takes us back to several legacies including, first of all, the original scene, which served as a big bang to electronic music in France. Indeed, Nhar awakens to electronic thanks to the southern rave scene, which since the early nineties is one hub of a kind in Europe owing to its leading events (Boréalis, Dragon Bal) and hyperactive collectives.

In 2006, Hexoflip on Mobilee (Anja Schneider’s label) seals Nhar’ style: a deep and hypnotic techno emphasized with a spectral voice. It conveys an original flavour to the tracks, a kind of “melancholy euphoria” retaining a vivid but ghostly hint of humanity. Until then, it has become the producer’s trademark: a vocal chaudfroid establishing, on the artist instructions, a connection with his early dark-sounding musical background. So new influences have been added to electronic parameters such as those heard on Close Up, a groovy and at the same time almost neo-romantic track or Thelema, signed on Correspondant JENNIFER CARDINI’s new label: “instead of composing countless tracks of tech house and cold minimal, I’d rather turn towards more authentic trends”. Like Dante, mentioned on the eponymous track, Nhar explores, with a deep voice against a background of enveloping electronic music, untapped resources of human emotions. Nhar was kind enough to answer a few question we had for him. This is what he had to say...

Can you tell us about your musical background and who first introduced you to electronic music?

Well, I grew up mostly with metal music, listening to it since I'm 10 years old, 90's good old metal which is for me the best, still listening to it for countless hours. I was also listening to many dark/industrial records. I came up to electronic music around 97/98, starting to listen to Daft Punk's Homework with some friends of mine, I didn't understand that kind of music in the beginning, then time passed by and I start to like the beat and go out to a lot of parties in the south of France. Then I bought turntables and start to buy and play house and techno records, and in the meantime, also discovering more experimental labels like Warp, Force Inc, Rephlex, Mille Plateaux... and a few years later, I fell in love with the german scene, collecting records from Kompakt, Dial, Bpitch Control and many others.

Can you tell us about the French electronic scene when you were growing up to how it is right now?

I grew up listening to french djs like IVAN SMAGGHE, AGORIA, Jennifer Cardini, Chloé, The Hacker who are all still pretty good. Unfortunately, I'm not the one to tell what's happening now in the French scene...

I was first noticed you from your track 'Afterburner'. Is there one song that's special to you?

Yeah, I produced it during a really nice summer, guess it was 2007. At the time, I was resident dj in a big afterhours club in Montpellier, called the BarLive. I was really in the “afterhour” mood, playing every weekend on the morning, from 5 to 12AM, so here came Afterburner ! I'm glad that you liked it !

You've been producing music since 2005. How hard of a struggle was it to get recognized in the beginning of your career?

I've never seen it as a struggle as everything came naturally by itself. I never never tried to have any special exposure, success or whatever... I mean I didn't have any plan. I just kept doing my best at producing and playing music that I like. Then one thing led to another, record after record, gig after gig, of course with up and down periods but always exciting. I think the most important thing is to take it easy and just focus on the music itself.

What does your studio consist of? What's your favorite studio gadget?

Well, I have a bunch of stuffs here, it's filling almost all the space in my bedroom as my studio is currently in the room I sleep. I work on Ableton Live and I use a dozen of synthetisers and drum machines. I'm using a lot my Juno 106, TB303, Matrix 6, Cwejman S1 etc... I also use some VST like Absynth, Uhe Diva... My favorite hardware piece at the moment is the TR606. I bought a mint one a few months ago and I really like it, really primitive and crispy sounding. It was on every track that I did recently.

When producing a track from scratch what’s your first move?

Lighting a cigarette and searching for the first layer of an atmosphere that I like. Yeah, atmosphere is the most important thing for me.

How important is your state of mind when producing? What do you find the most challenging when it comes to production?

I think that freedom of creativity is the most important thing. I would say, channeling music from the inner within, that's the challenging part for me. I guess that's really a selfish process, I try to free myself from any external influences or expectations, and to have no care about what people will think about it. External feedbacks are of course important to me, but not during the producing time. It's a bit like just following what I'm feeling on that moment. Also, if I'm working on something, it has to take me somewhere, otherwise I get bored and delete the stuff.

Who are some of the DJs or Producers you currently appreciate? Is their any up and coming producer we should watch out for?

I guess I still and will ever have my favorites classics, I would say LAWRENCE, DONATO DOZZY, SEBASTIEN BROMBERGER, FAIRMONT, THE FIELD, ALEX SMOKE, Stewart Walker, PANTHA DU PRINCE, Drexciya, Gerald Donald... For most recent ones, people like RECONDITE, LAKE PEOPLE, Undo, VAAL, TIN MAN, too many to name!

How do you feel about the reinvention of Deep House?

I don't know, I even don't know it has been reinvented...

Do you have any upcoming releases coming up?

Yes, I have 2 EP coming in the next months. The first will come on a nice french label called Days of Being Wild, it will be released in October, there are 2 originals tracks alongside 3 great remixes from Fairmont, Tunnel Signs and Franz Kirmann. I will also do a new record on MY FAVORITE ROBOT around January.