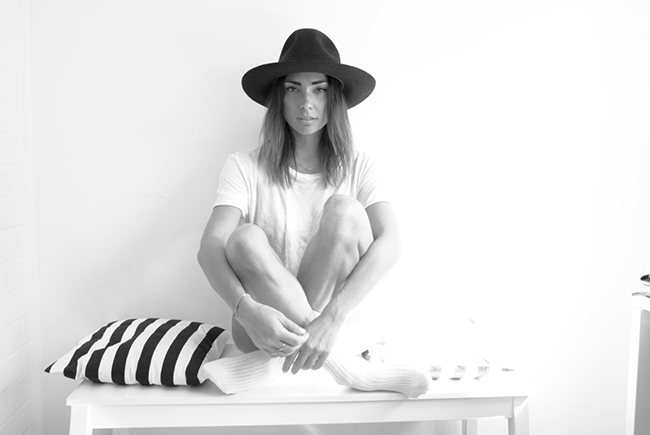 Two years since winning EMI’s inaugural She Can DJ competition and inking a global record deal, Australia’s queen of clubs Minx is dealing out another ace from her deck, with a scorching new single 'Heaven' featuring Chris Arnott. Hot on the heels of previous releases ‘Taking Chances’ and ‘You & I’ (co-produced with Nordean) and Night To Remember, her latest work is a main room, summer, house anthem featuring Sydney DJ/Producer CHRIS ARNOTT on vocals. Not only does this hands in the air, feel good anthem, have a killer original, but it's topped off by a sexy, summer, poolside house remix by the man of the moment, Motez, who's been recently touring Australia with RUFUS and had releases on Claude VonStroke's label, Dirty Bird. We got a chance to sit down with her down under at Pacha Sydney in an interview.

Hi MINX! Thank you for sitting with The DJ List today. So tell us a bit about yourself and how you were introduced to dance music?

I’ve always been a huge music fan, but in my youth it was more about indie and punk bands for me. It really wasn’t until I hit clubbing age, that I fell in love with House music. I found myself out 4 nights a week and completely obsessing over the music. That’s how it all began really.

What is the story behind your artist alias—Minx?

Minx has been my nickname since well before I started DJing. Friends started calling me Minx as they think I have very cat shaped eyes. When I started DJing, it was just the natural thing to continue with the name, as most of my friendship group and people I knew from clubbing, called me Minx anyway.

Who or what would you say is your biggest musical influence?

People who know me well, would know I am a huge fan of ERIC PRYDZ. I have followed him for years and made it a goal in 2012 to see him DJ in Europe whilst I was there. Ibiza made that happen for me. His uplifting, melodic, progressive house productions just do it for me! He’s such a talent. I am also a fan of his Cirez D alias. So as you can imagine, I’m bursting for Future Music in March!

We really enjoy your single ‘Heaven’ featuring Chris Arnott. How did you two meet and what inspired you to write this?

I was chatting with a mutual friend of ours (Simon from Tonite Only), about wanting to work with someone on a remix opportunity that had come up. He mentioned a couple of people to me and I obviously knew of Chris’ previous work. I gave him a call that day, we were in the studio the next week and have been working together ever since. The remix never eventuated, but Heaven did. His vocal is insane! We have such a fun working relationship and have become great buddies. Lots of respect for Mr. Arnott!

Chris and I are actually working on another release together, so just finishing that off at present. I am also working on a re release for one of my very first ever releases with EMI. It’s getting a revamp and a vocal, so that’s exciting!

London-based DJ/Producer FEHRPLAY would be my pic at the moment. He is coming through the ranks in a big way. He signed to Eric Prydz’ label a couple of years ago and has some quality productions out. He has support from some of the biggest names in the industry and it’s easy to see why.

We saw you throw down a phenomenal set at Pacha Sydney recently! How did you feel about it?

I felt great about it! Pacha is one of my favorite gigs to play in Australia. There is nothing like the energy in that room. I can’t help but dance by backside off while I’m playing there. The crowd is always so positive and responsive which really helps motivate my sets.

What were some of the highlights of 2013 for you as an artist?

I played in Asia quite a bit last year. I played the Future Music Asia parties in Singapore and Jakarta early in 2013. Later in the year I headed back to Manila for my residency gig at Hyve nightclub. This club is a must do if you’re ever planning to head to Manila. The release of Heaven was also a big moment for me. It had been a long time between completion and release, so the ‘Heaven party’ at Pacha was a big one! What advice would you give to up-and-coming artists?

As well as working hard and find your sound, I really do believe the social aspect of this industry is key. Frequent clubs/nights and support local artists of the sound and scene you would like to associate yourself with. Building a friendship with the DJs and club promoters will in turn give them more reason to listen to your mixtape when the time comes…then be persistent.

Besides that, production is an obvious step in moving up in the industry. Just being a DJ isn’t enough any more.

Bonus Question: What is something that you are obsessed with right now?

Besides loving deep, dark, eerie and emotional productions, I can’t get enough of popcorn. Yep, guilty!