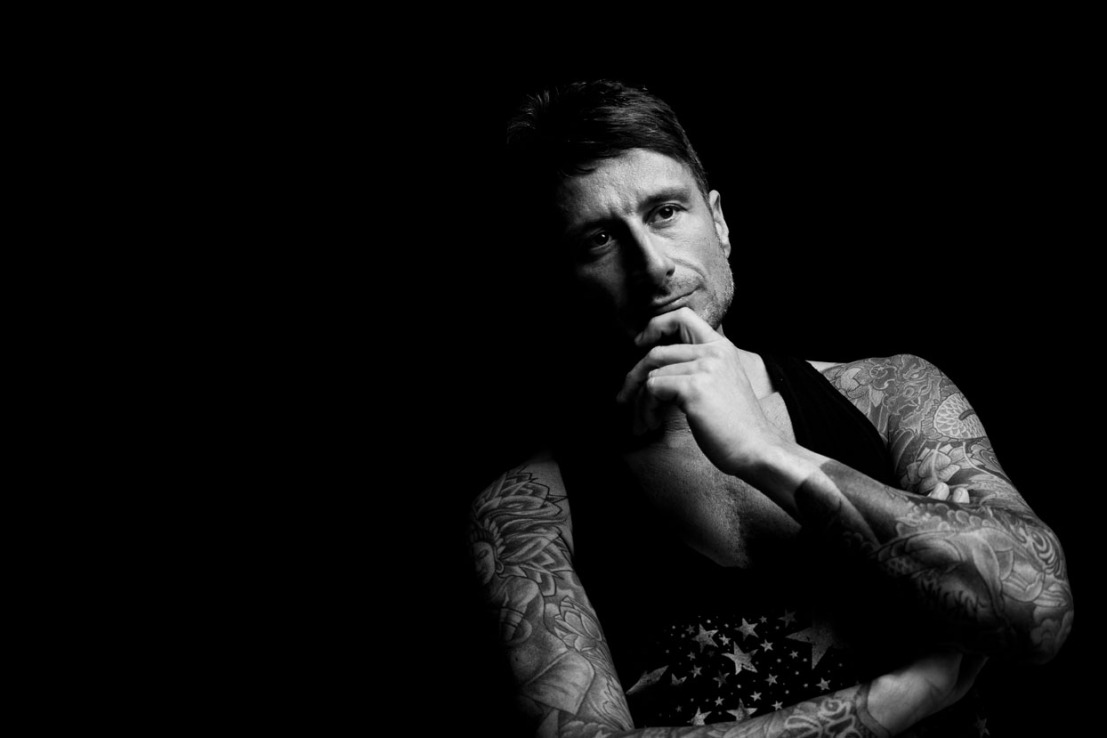 In the world of political correctness and saying the right things in order to not "stir the pot", there's one man who isn't afraid to speak his mind: MARCO BAILEY. Starting from the mid 90's to now, Marco has been spinning and producing his way to the top of his genre and gaining respect from all of the top techno DJ's from around the world. He has made amazing milestones, including his radio show airing over 100 episodes to his latest 100th release off his own label, MB Elektronics. He's played all around the world and seen many things -- and here are his views in the universe he lives in.

How special is this album for you since it's your 100th release for MB Elektronics?

It’s quite special for me, because, as you mentioned, it’s the 100th release on my label. I wanted to do a compilation or an artist album for this 100th release and so I decided on an album. It’s been a wild ride over the last 12 years, but the label is still here even after wild storms etc. and it is now more powerful than ever! :-)

What would you say is the difference between your new album 'High Volume' compared to 'Dragon Man'?

The difference is that “Dragon Man” was on JOHN DIGWEED’s great Bedrock label, this time it’s on my label, so because MB Elektronics is a more Techno orientated label the album is like 85% Energetic Techno, the sound I am known for and play when I’m in front of the crowd. This gave me the opportunity to also put some music on there that comes straight from my heart like “Grolzham” and “She Leaves”, which are not really made for the dancefloor directly.

Your podcast has been going strong having now passed the 113th episode. You've had tons of guest DJs but which is your personal favourite guest-mix from your podcast?

I cannot choose one specific mix or guest that I liked more than any other, because everyone is special in his own way and everyone has his own style of bringing the music in its own way. We had big shots like CARL COX, UMEK, JOSEPH CAPRIATI, THE ADVENT etc, but also new fresh young talent like DANY RODRIGUEZ and JOHNNY KAOS and MR BIZZ, for example, who were on the show. My radio and podcast show might be different from many others, because I want to give the listeners worldwide a wide spectrum of music and this explains also what music means to me. Many podcasts are regularly inviting the same guests over and over again and play the same style of Techno over and over again for years. This is different with my show, of course it’s first concentrated on the people who are releasing on MB Elektronics, but besides that, I try to have as much variation as possible, once Techno, once Tech House, once even a House DJ and then to go back to a pumping Techno set from someone else etc.

You like a lot of different genres of Electronic Music. How do you feel about the new Deep House movement going on?

I have nothing against the hype around the deep house scene, it all starts in Ibiza at DC10 I think? People like the club there a lot and it has been mostly packed sold out nights. That hype moved over to the rest of the world, so the DJs who were playing at that night got automatically worldwide exposure. What bothers me a bit, is that a few of them even can’t mix with 3 decks without touching sync buttons, but have been chosen as "best DJs of the world" in these ridiculous DJ polls – it is so silly, many of them also don’t even produce music themselves. It seems unreal somehow, I think? The problem is that promoters follow like cats running behind the mouse, because they sell tickets and that’s important. I think there should come again a jury of people who know what it is being a real DJ, like back in the days in the 80-90's with the DMC Mix Championships in London.

I was checking out some of your past interviews and you spoke against a certain “Cake Thrower” DJ and a couple weeks later after your interview: the “Cake Thrower” injured his neck. Pretty ironic isn't it?

Yes, maybe ironic? I don’t wan to talk about this anymore. Actually, the most stupid are for me the people who buy tickets to see such crap. Lol. Sorry.

Maetrik (aka MACEO PLEX) has been outspoken about ghost writers in the industry and not just the mainstream music but also techno. Do you think some of the top techno DJ's have ghost writers making their music?

Yes, I know a few who pay for their tracks, I even know some very popular DJs who sync their tracks in Traktor, it’s all very sad, but in the Trance scene it is even a lot worse, in the Techno scene I can assure you that most of us do a lot of by ourselves!

I really have no idea...

U2 – forever for me, are just magnificent for me and also Deep Purple (from my old days ;-]) and Metallica!

Bonus Question (from a fan): Techno in the late 90's and early 00's was very tribal, percussive, repetitive, and the popular sound has shifted significantly to what it is now. What causes a genre to evolve or the styles of artists to change?

I don’t know why, but the whole world has evolved very fast over the last 10 years, not only the BPMs dropped maybe from the Techno tracks (which is for me just a very little small detail from so many things that have been changed), look at the equipment we all use nowadays in the studio, I honestly use only 10% actual hardware these days, even while it sounds very warm and crunchy etc. But still you have so many amazing plug-ins coming out every week, you install them on your laptop and can make tracks roughly anywhere - on a plane in the car etc. This was, 10 years ago, totally out of the question as was playing digitally like we do nowadays, 10 years ago it was only vinyl. As well as the sales of our music, everything has changed totally, but whether you like it or not, nobody can stop the technology and the rise of the constant overwhelming innovation.