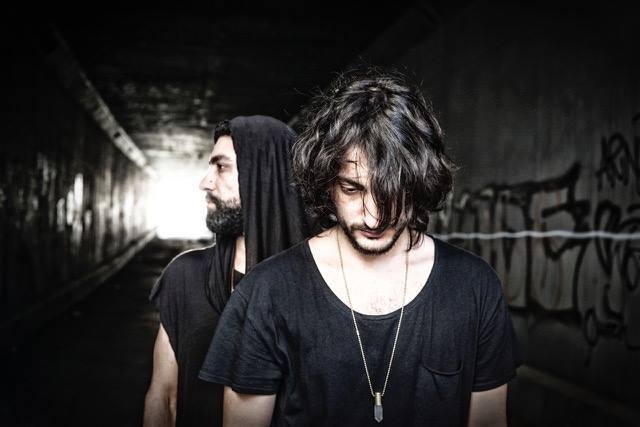 Get to know the Lebanese born DJ/promoter who's taken over Wednesday's in Los Angeles.

Although many individuals played a role in my introduction to electronic music, my older brother, Danny, was definitely the first to spark my interest. Not only did he introduce me to the music, but as a promoter himself, he taught me a lot about the industry.

Who and what influenced you to throw your own very first party? What made you want to continue throwing parties afterward?

Honestly, I was determined to throw my own parties when I became passionate about the music scene, but was finding it difficult to get booked (back home in Lebanon). Following that, a group of my best friends and I started throwing parties under the moniker ”Underrated Crew” which consisted of 3 Djs and one Photographer this eventually evolved into a series of events. Today, Underrated is my company that runs Minimal Effort, Clinic, etc.

What made you want to move from your hometown of Beirut to the US? What are some of the differences between the music scene in Beirut vs Los Angeles?

After a few years of working my way up in Beirut’s nightlife scene, I started to realize that there was a ceiling over there. Although Lebanon’s scene has an amazing crowd, extraordinary venues and much more, I felt that my vision for my future, and Underrated, would not be able to thrive in such a small market.

There are many differences between the two. It’s like comparing apples to oranges, but the main one would be venue limitations in LA vs. Beirut. The city of LA’s restrictions make it much harder for promoters to acquire venues Vs. Beirut. On the contrary, the scene in LA is much bigger which makes it exciting.

Can you tell us a little bit about Clinic Wednesday and some of the challenges of throwing a party every week on a Wednesday?

I started Clinic Wednesdays when I first moved here. Although I had my brother, I felt like I had to start all over. Luckily, he owns a venue in Hollywood and gave me an amazing deal to start a weekly series. The vision has been the same since day one. Solid bookings in an intimate club, week-to-week, and strong promotion/marketing. Over the years, Clinic has seen a solid roster of house and techno artists.

As for the challenges, there are many, but as a brand builds an identity, it begins to gather attendees on it’s own. Today, Clinic is running like a machine, but it’s safe to say it was not always that way. Our team endured the struggles in the beginning, but after two years, it’s finally paid off. It’s great to see that Clinic has a loyal crowd who turns out every week-- despite the act.

Tell us some of your favorite performances at Clinic over the years?

The list goes on, but to name a few: BEDOUIN, DANIEL BORTZ, ANDHIM and the Steyoyoke Showcase with SOUL BUTTON and DAHU.

Whats the meaning behind the name of your quarterly party; Minimal Effort?

The motive behind Minimal Effort is providing top-notch talent and production and making it accessible to everyone. It takes minimal effort to enjoy our events.

What are the differences between throwing a party at a club vs throwing an underground party?

Well, obviously, one difference is that securing a club venue is more sustainable and less-risky. However, I don’t see much difference. I think that a brand’s identity (crowd, style and sound) can speak for itself--despite the location.

Sound is definitely a key factor, as that’s why the crowd is present in the first place. We put a lot of work into ensuring our shows provide top-quality production. As for the crowd, I think we’re lucky to have a solid crowd of attendees at all of our events who truly enjoy the music and respect those around them. Like I said, venue is important, but I’m a strong believer that you can make anything happen wherever you land as long as you believe in your vision.

How do feel about the opinion that the party scene in Los Angeles is over saturated at the moment?

Personally, I think it’s great. There has recently been a spark of knowledge and interest in deep house/techno nightlife. I think that those who are determined, will thrive in this period of time, and those who are not truly passionate about it, will diminish. The future is bright for LA.

What future parties do you have planned for both Clinic and Minimal Effort?

The Two Year Anniversary of Clinic is coming up on Jan. 6th with HECTOR (Vatos Locos), which should be very big. We’re excited to celebrate with everyone. The lineup for Clinic (Feb/Jan) will be announced later this month, and we’re thrilled to share. As for Minimal Effort, we have plans to expand out of LA in 2016. I won’t say the locations yet, but stay tuned. Of course, LA can expect another Halloween 2016 and NYE again!