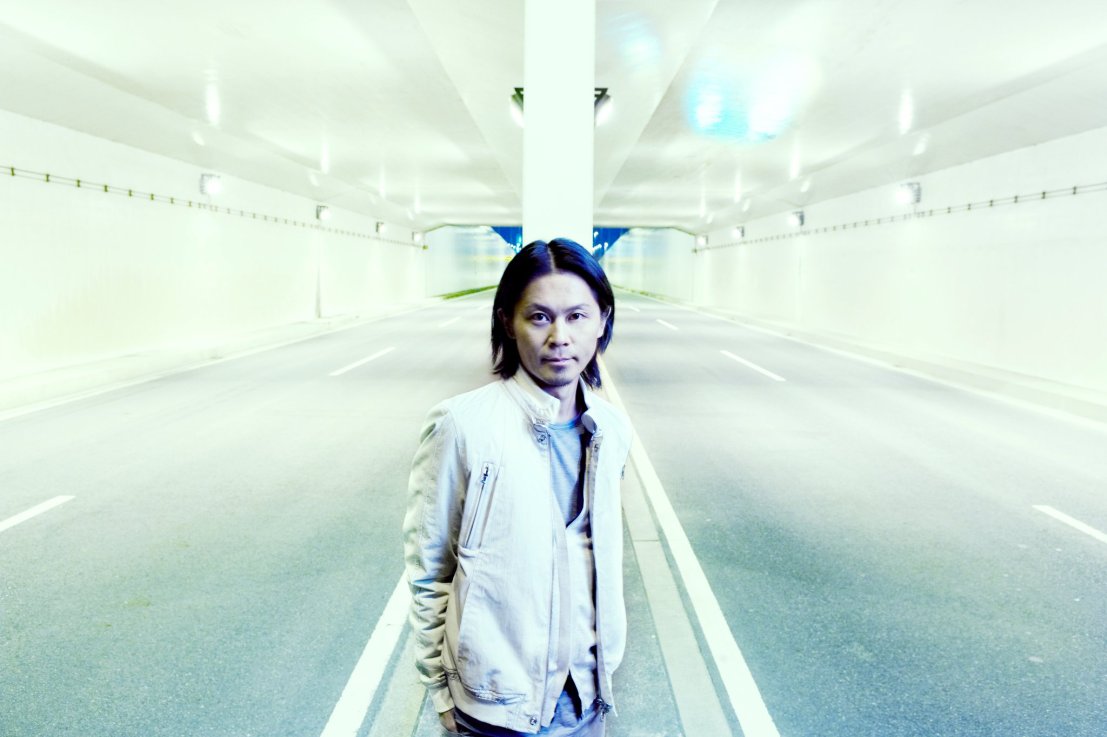 Ken Ishii is known as one of the pioneers of the underground music scene in Japan. From producing the official theme song for the winter Olympics in Nagano in 1998 to playing at mega dance festivals such as Monegros (Spain) and WIRE in Japan. Ken spends 2/3's of his time DJing at the hottest venues in Europe, Asia, North and South America. Not to mention, in 2004 he was awarded as "Best Techno DJ" at ‘Dance Music Awards’ in Ibiza.

We've recently go the chance to chat with him and learn more about his most recent projects.

TDJL: How have you been doing with your productions? What are your recent works and their labels?

In the spring time this year I released a debut album 'Music for Daydreams,' as my new project called KEN ISHII Presents Metropolitan Harmonic Formulas, in Japan on Sublime / 70 Drums. This project aims for creating my style of fusion between jazz, ambient, vocals, and techno. The album features collaborations with Jazztronik (piano, pro), Naruyoshi Kikuchi (sax), Emi Meyer (v), Tokyo Black Star (prog) and Masaki Sakamoto (key, prog), as well as covers of early house music classics such as 'Can You Feel It' by Mr Fingers and 'A Little Piano' by Soft House Company.

Also what I have done as Ken Ishii is, collaborations with MARC ROMBOY, DAVE ANGEL, MICKEY ZHANG, my own singles for Sublime, Slap Jaxx and GSR, and remixes for OCTAVE ONE, ORLANDO VOORN, FUNK D'VOID, MATEO & MATOS, BEROSHIMA, MAURO PICOTTO, MARKANTONIO & ROBERTO CAPUANO, DJ 3000 and so on, for the last couple of months.

TDJL: What/when was your most memorable gig experience?

They are too many so I give you one of the recent ones I remember more :-) . WIRE12 at Yokohama Arena, Japan this August. It's the biggest and most established rave in Japan and it's strictly about techno! Although it's a mega event, the crowd are so enthusiastic and educated about the music. They reacted and shouted to every DJ trick of mine and even to my one bar cut-in's of '90's Detroit techno classics, like UR's 'Sonic Destroyer' intro!

TDJL: Can you tell us something about the scene in Japan? What are your favorite clubs in and out of your city?

I think it's good over all, especially in Tokyo. Commercial and underground stuff, techno, tech house, house, dubstep, drum'n'bass, hip hop, jazz and even rock - we have everything and you can choose styles you want to enjoy. Lots of international DJ's are in town every weekend as well. My favorite clubs in Tokyo are Ageha, the biggest club in Japan where I play at most often in the country, and Air for their sound system. Club Asia do interesting parties too. Apart from Tokyo, Osaka has a good scene although they have a major crackdown by the local police these days, and there are a few nice clubs in Nagoya, like Mago, X-Hall and Radix.

TDJL: You’ve been in the scene for quite some time, what still drives you after many years?

The music simply never bores me! And smiles and shouts of the crowd always energizes me.

Tomy DeClerque - It's Up To You - Phobic

All time top compilation: I just can give you one - I'm on tour now. I got to be home to check my shelves and give you three!
Various ‎– Warp 10+1 Influences - Warp