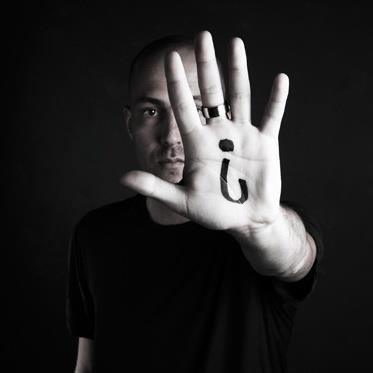 Julian Jeweil, a french artist based in southern France and Berlin, found his signature sound through his various productions and live sets, all characterized by a melodic style of techno. The adventure begins in 2007 when he releases his first hit "Air Conditionné" which quickly ranks #1 in Beatport sales.

Performance-wise, Julian has proven to be one of the most promising artists of the techno scene by playing his live set all around the world, with performances in some of the world's most prestigious clubs and festivals.

Julian has started his North American Tour this month and will be playing in Los Angeles on March 21st at club King King. You can RSVP to the event in the link below. We would like to thank Julian for taking his time off and answering a few questions we had for him.

When I was 16, a friend of mine introduced me to techno music for the first time. He transformed his bedroom into a dancefloor with two vinyls of DAVE CLARKE's Red 1 and Red 2. It was amazing!

Can you tell us one record or song that has changed your life?

Wow, that's a difficult question. There are many tracks to come to mind...Josh Wink's "Higher State of Consciousness," Dave Clarke's "Red 1," LAURENT GARNIER's "Flashback," the Holden Remix of NATHAN FAKE's "The Sky Was Pink." But there are so many more....

I actually contacted him over email and met him very soon after. " Air Conditionné" was definitely a big hit, but it was not the record that made my career. I released other very important records on Plus8, Minus, Cocoon, and Form Music as well.

How is the music scene in France? What are the best clubs/festivals to go party at?

We have a good music scene in France with great artists in quite different styles. Some of my favorites right now are PAUL RITCH, Laurent Garnier, POPOF, AGORIA & GESAFFELSTEIN.

You've also had many releases off of RICHIE HAWTIN's label Plus 8 and Minus. How did you first meet Richie and was label to get your tracks signed by his label?

I was always a big fan of Richie Hawtin and all of his productions, performances, and the music released by the Minus or Plus8 artists. I evolved towards techno and when my music began corresponding with the label style, I decided to send him a demo. He answered me immediately and by the next day, we were already working together. Minus and Plus 8 are really the labels that fit with my sound.

What does your studio consist of? What hardware/software do you use most and why?

I use a lot VIRUS Ti, Nord Lead 2X and many plugs from Komplete with Cubase 6

What do you find the most difficult when producing a track?

Staying focused. I tend to want to move on to other things very quickly.

What makes an good producer in your opinion? Can you tell us some producers who you appreciate?

In my opinion, to become a good producer you have to be passionate and work hard.

There are many of producers that I like, a few names I admire right now:
Tale of Us, Matador, Paul Ritch, Gaiser, Ten Walls, Maceo Plex, Marcel Dettmann, Sam Paganini, Recondite, and Christian Smith.

What are your future projects/releases you have going for this coming year?

Working on couple of EPs / Remixes and an album for the end of the year.