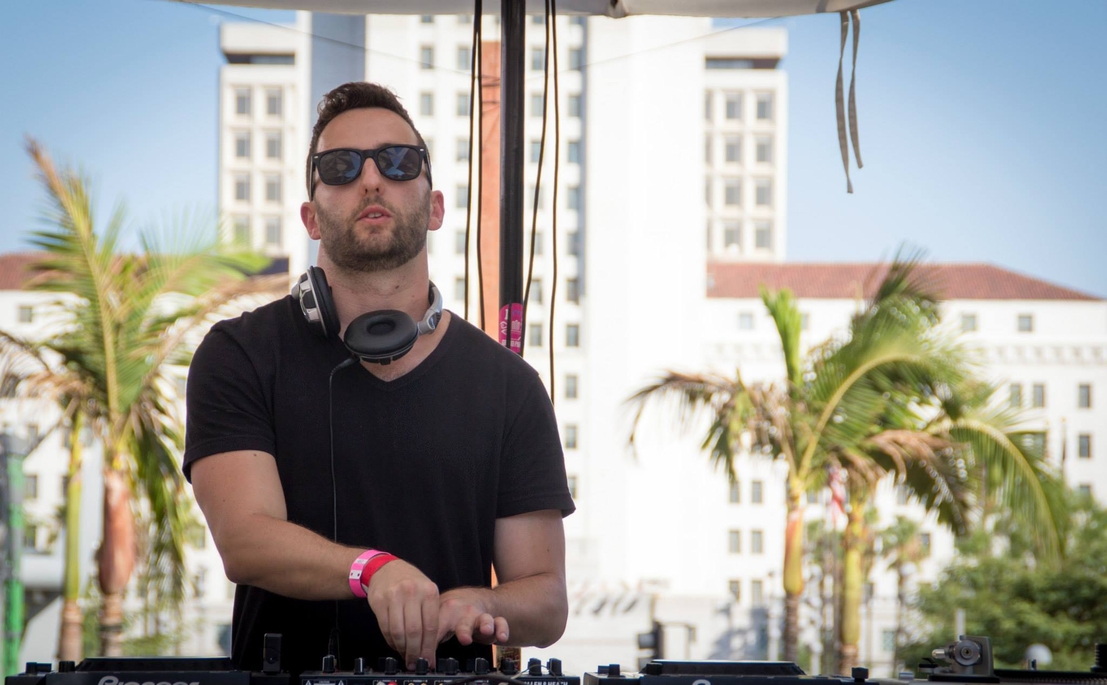 After years of producing music under various guises, JON CHARNIS found his true calling in the slower, darker, and deeper shades of house music. This re-invention was part of a bigger shift in the artist’s life, as he relocated from Washington DC to Los Angeles, and launched a new moniker under his actual birth name. From there on, it didn't take long to make his impact felt. His track 'Prophecy' was spotted by Innervisions boss, Dixon, who signed the track to his prestigious Berlin based label after road testing it at some of the world's premier parties. He followed this up with an official remix of ART DEPARTMENT's Burning Man anthem, ‘Robot Heart’ on No.19 Music, a collaboration with production partners Lovecraft and PRAB K. The streak continued with releases on more top labels including Supernature, All Day I Dream, and Leftroom Records.

What were your first memories of music? How did it all start for you?

My earliest memory of music is learning to play the recorder (for you young kids, it's like a flute, not an actual recording device) when i was 5/6 years old, having just moved to Germany with my family. I also remember my parents always playing an assortment of records from all the different countries we grew up in - from Pink Floyd to Israeli pop music. My true obsession started with a high school field trip to Germany and Austria where I first discovered electronic music by groups like the Prodigy. Right away I knew I felt this music much more than anything on American radio. This quickly led to attending illegal raves in DC and thus began my journey to where I am today.

What did you find the most challenging when moving from Washington DC to Los Angeles?

The most challenging thing was leaving behind all my friends and family. My girl and I moved to LA and knew pretty much nobody in the city 2 years ago. I had barely any connections to the scene and no expectations really. But in a way this was all critical to my music career. I had just quit my DC job and the lack of an immediate social circle allowed me time to explore and reinvent myself as an artist. I was experimenting with my "sound" like never before, trying to find my path in music and in life.

How do you usually make music? Do you need to get in the vibe or it just go organically?

My process is like chaos theory. I have no routine. I'm basically messing around until something "clicks". Sometimes I have some sort of synth patch that inspires me in a certain direction. Sometimes I start with constructing drums with 1 shots. Sometimes it takes me days to find some magic. Sometimes I get something in 20 mins. There is really no pattern in my routine. This can be good and bad.

What are the first steps you like to take when working on a remix?

With a remix project, I always load all of the stems from the original into a blank project, solo each channel 1 by 1, and figure out what I'd like to use use for my remix. Typically I keep what inspires me from the original and build around it.

What were the challenges of making your hit track “Prophecy”? How long did the track take to make?

I've heard people say that your best tracks are typically your fastest ones and I think thats mostly true. Prophecy was one of the fastest projects I have ever worked on. The entire melodic content/synths took 20 mins, doing live jamming. I had just gotten some new synths, found some new inspiring patches and built the track pretty quickly around those. The hardest part was the arrangement in the song, that took a bit longer as I had so many options in my head for how I could do it. I'm actually really proud of that aspect of it, the way the elements are introduced in the breakdown is what really makes the song, I think. But really, the song came out of nowhere and I am to this day trying to find the same sort of magic I found that day. It doesn't happen as often as I'd like, I must admit.

What does your family think of your career? Did you have to reach a certain level of success for them to take it seriously or were they on board from the start?

The irony is that my family only freaked out *after* a certain level of success. The beginning phases were treated as a joke, an experiment that would go terribly wrong and I would be back on track in the corporate world. It's when I started touring a bit that they started freaking out that I might actually keep pursuing this. They are supportive of me but they are also concerned for my future haha

You recently went to Burning Man for the first time. How was your experience like?

It was everything I expected and much more. Unfortunately I have been very unsuccessful at describing the experience with words. As cliche as it sounds, you really have to be there to understand it. Nowhere else do 70,000 people gather to build a city out of nothing but sheer will and imagination. The environment is harsh and tests your survival skills. Yet it feels like a hedonistic utopia where all your fantasies can come true. And none of this happens without collaboration, trust, and love from everybody else involved. For those who think this is a musical festival , it is MUCH more than that. Though I can't lie, I've had some of the best DJ sets of my life there.

We also heard rumors that you were working with Holmar of THUGFUCKER on a new track right before Burning Man. Did you guys complete it? When can we expect an release for it?

Holmar and Greg have been some of the biggest supporters of my music since the very beginning. We share really similar musical taste. So it was probably natural that we would collaborate at some point. Holmar stayed at my place for a few days before the Burn and we finished two tracks that I am extremely happy with. But you will have to stay tuned for release details.

What other releases or parties you have in the horizon?

Besides the EP with Thugfucker, I have an EP with my best mate,Hands Free, dropping soon. My remix of CHRISTIAN PROMMER's Marimba is coming out in early October. And I have just finished remixing LAUREN LANE for her new imprint. And I am about to shop a bunch of new originals.

As for parties coming up: I just got back from debuts in Toronto and Montreal. And now I am having my debuts in San Francisco, Vancouver, and Brazil coming up. The San Francisco show I'm really excited about as I'm playing alongside Ten Walls and Recondite. And I've always wanted to go to the Couv and Brazil. Quite excited for this month!

I don't think I have a biggest vice. I like to rotate through all vices .. in moderation of course.