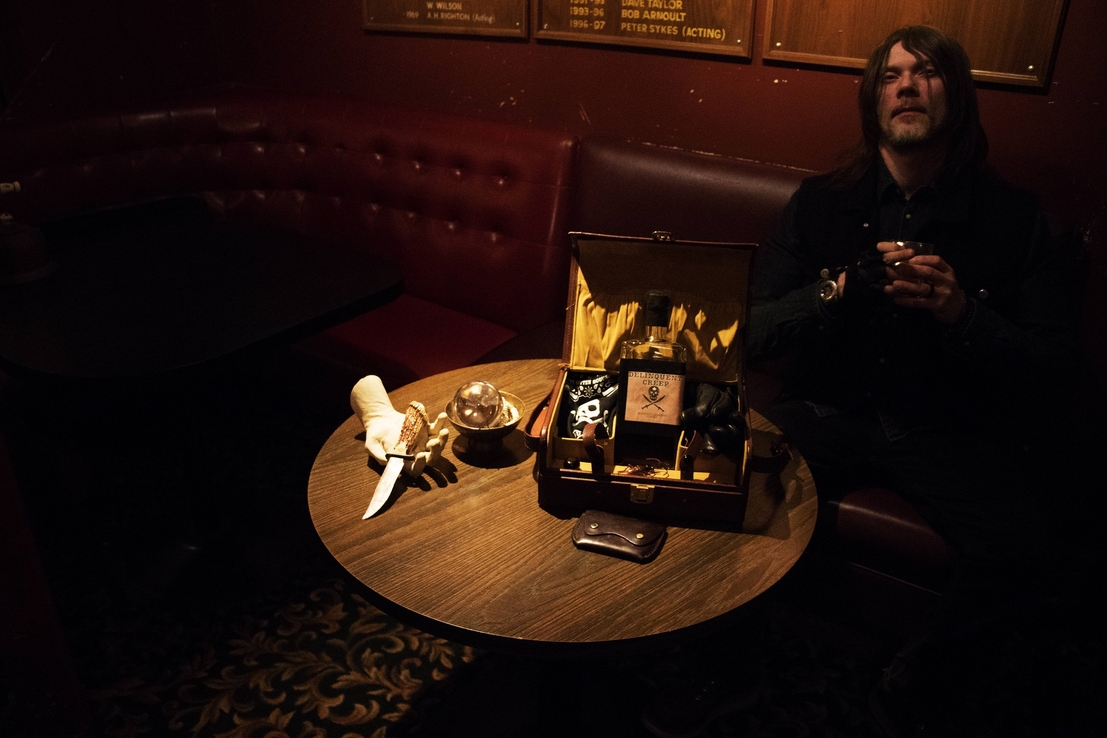 Always sitting slightly off-center, JAY TRIPWIRE is an artist that walks the line as industry staple and ever changing innovator, releasing one standout release after another. His signature fusion of deep Detroit textures and intricate rhythms has led a career spanning two decades, with over 200 vinyl releases, 2 commercial mixed CD compilations, and four full length albums. He remains one of the most prolific artists around, with an average of 15 releases per year. Jay was kind enough to answer a few questions we had for him.

Its always been there, the soundtrack for Blade Runner was a big one for me when I was younger, but I also loved all the Moog/Theremin sounds that you got watching old sci fi, When I started listening to Industrial it was huge for me, esp the tracks that had no vocals, I always wished most songs had dubs growing up lol.


If you were to define your own music in your own words, what would you say?

I kind of do everything in the realms of house techno tech house breaky stuff etc, but one thing that remains a constant is its dubby, I'm an addicted to the sound of tape delays, they kind of mesh it all together into a floaty dreamscape fantasy.
I like rhythm a lot too, I always try to focus on drums and accents and thinking about it how a drummer would, lotsa switches but thinking in regards that its 1 drummer, less is more and getting the grooves just right.

Name the most inspiring person you ever met backstage and tell us why this person has inspired you?

I don't really meet too many people backstage haha... I don't play that many places with a green room LOL.

That said-I don't see him often enough but CHEZ DAMIER is one amazing guy to talk with. He's on a very high level wavelength and sees things from heighten senses due to his close connection to the spirit. He speaks so much truth and its in a depth that most people don't comprehend.

Let’s talk about your producing process a bit, what does your studio consist of? What hardware/software do you use most and why?

My studio is the Millennium Falcon, its got a bunch of hardware that doesn't work right, things you have to bang to get them to work, and it feels like Logic is possessed by some kind gremlin. The thing is this works for me somehow. The fickleness of the machines and having to always get creative on how to make these things work often had unexpected results.


Talk us through your typical work flow from idea development to conception. What part of the production process do you find the most challenging?

I just sit down and start, no idea whatsoever, just create something.
The flow goes-beats->bassline->synthy stuff->arrange->add subtract basic arrangement->then fill in the gaps, oh and mix it down best you can as you go.

The part I find the most difficult is getting labels to actually listen to the projects lol, you're going head to head with kids who have the finest ghostwritten tracks, who tell the label they have hired a PR company for the release and now a fair bit of labels expect you to have your own PR company and all this shit that in the past has been the labels job... Its a direct reflection on how some promoters work. They book a DJ and expect that the DJ will promote their party etc. I see this pay to play shit going on everywhere, if you're a real artist, you release good music, and can DJ. Then that should be your only job... not PR and sales marketing for these promoters. If I spent all my time on that shit I wouldn't have time to re-edit the music I'm going to DJ and create my own music.


What’s the weirdest and most interesting thing you’ve done to find inspiration for a new track?

Usually the track just happens, I sit down and it just creates itself. Sampling weird shit off TV helps with textures and voices and stuff too which can really add these unusual layers to a song you wouldn't get with just the usual synths and drums.

Have you ever found it challenging evolving yourself, your tastes and your music, when I'm sure many fans would like to keep you in a musical time capsule. Or, do you find that your fans generally are supportive of your musical journey?

I evolve my skills and my production but my sound kind of always sits in the same kind of bracket and people seem to follow along... I'm grateful for that. Sometimes labels ask me for a remix but they really don't understand what I'm about. They just see I'm in the top 100 sales, get reviews and shit so they hit me up and really don't get my sound once I have done something for them.
I'm not really for everyone haha, I find a lot of people who love my music have a similar ethos for the underground parties as me.

What advice would you give to an aspiring producer just starting out in electronic music?

Think about what it is you are doing, and the true intent. If you are doing this to be cool, get chicks, or free drugs and shit, then don't bother... we have enough bullshit. Don't hire a PR team and go the total shit route. It's watering down the content and giving us a mediocrity that now seems the norm.

If you really plan on doing this- its a devotion to it, and to do things right thing involves a long road to hone your skills and craft. It also isn't always going to be easy... if you're a true artist then depression and self doubt will be a big part of your process to make real art. Pain and hard times make the best music as it's a type of catharsis for a true artist -it clears away the demons.


What are your future releases and travel plans going forward?

Right now I'm in a neck brace and have a concussion from an injury. I had to cancel the next 6 weeks of gigs, really bummed to be missing BPM Portugal most of all. I was really looking forward to it... but I'm working with Jessie at Arcana on new dates and I'll be back in the saddle mid October.

I have a gig in Oslo in November, and some dates in Romania for December. Plus whatever rolls thru.