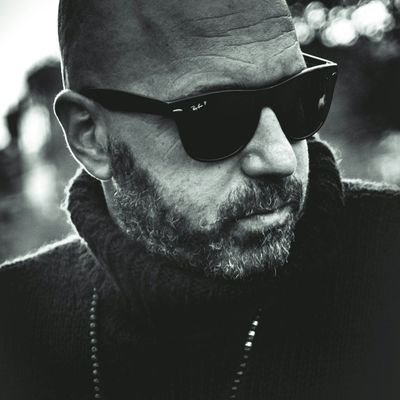 Tel Aviv based GUY MANTZUR specializes in creating electronic music that defies over-simple genre classification. Drawing influences from Tech House, Techno and proper Progressive House. He is able to creates his own distinctive musical template that has seen him establish himself as a top DJ/Producer worldwide. He is instantly recognizable through his unique hypnotic melodies and seductive grooves, both in his productions and his DJ sets. Guy was kindly enough to answer a few questions we had for him....

My romance with electronic music started with the more down tempo stuff from back in the days... bands and producers such as MASSIVE ATTACK , GROOVE ARMADA , TOSCA etc etc. I really loved the way these guys combined electronic music into live a show.

Can you tell us one record or song that has changed your life?

There's way more then one record which changed my view about music! I think that the most remarkable one was 'The Wall' by Pink Floyd .

I remember myself putting the needle on the vinyl... and from the first minute I felt that my life changed for ever

LetŌĆÖs talk about your producing process a bit, what does your studio consist of? What hardware/software do you use most and why?

My studio set up is mostly analog. As I have synths such as Juno 60, Prophet 6 by Dave Smith , Poly Evolver by Dave Smith , Moog , Virus TI and some external EFX's such as guitar pedals, Eventide H9 and the likes. I also use the UAD as a soundcard and Cubase as main production program .

I love analog synths because I love live music.... It gives me the freedom to play, explore, and build sound signature sounds in my own productions .

I'm a huge fan of your album 'Moments' back in 2013. How would you describe the production process for ŌĆśMomentsŌĆÖ? How long did it take to complete? Were there any major challenges throughout its development?

Thanks for the kind words... 'Moments' was a process that was way more than just writing an album. I had to dig deep into my soul and dark places to find the right feeling and music that I wanted to be recognized with. I made maybe 30 tracks and in the end I chose the best 12 to complete the album.

How do you go about sourcing sounds for the album? Do you work with custom sounds to begin with, or collect a library of sounds over a period of time with the intention of using them?

As I mention above... I love to exploring my synths and doing tests to create new sounds that sound unique.

I never collect a libraries of sounds. I see every new production as a new world, and I love getting into the unknown and find that magic thing music has to offer

You have a pretty distinct and refined sense of melody. How important do you think melody is to progressive house? Do you think itŌĆÖs important in making a track endure?

I've always loved melodies as it connects people to the track in a very deeply emotional & strong way, touching their hearts and tell a story .

Same as the genre progressive house... listening to a proper progressive track or set is like going on a journey .

When did you first meet GUY J? How has he helped you out in your career?

I met Guy J many years ago through SAHAR Z.

Guy J has helped me a lot over the years.... he's an amazing producer, DJ, and friend. I'm thankful to have him in my life .

One of my recent favorite track of yours is ŌĆ£Requiem for a UsŌĆØ that was released on Hernan Cattaneo's Balance mix. Can you tell us about the track, how long did it take to complete, and how it was released exclusively for Balance?

Hernan wrote me regarding his Balance CD, and he mention that he would love to get an exclusive track from me.... of course I said yes!

Knowing the personal taste of Hernan, and the vibe of his mixes was really helpful to find the right vibe for this Balance CD.

I knew that he wanted something groovy but still it has to be suitable for more mellow atmosphere such as car drive and chill home listening... that was kind of a challenge.

After a few weeks of trying to find the right direction and balance between the worlds... I sent Hernan a 3 min sketch. He loved it, and I completed the track.

You just recently attended Burning Man. When did you first hear about Burning Man? What does Burning Man represent to you?

I heard about Burning man years ago and wanted to go there to explore it myself while planning for my 2017 USA tour schedule.

I talked to Hernan and he introduced me to his camp that came up with the idea of doing a b2b with him and it was a mind blowing experience! I got to play a 10 hrs b2b set with Hernan at Playa Skool camp ...this place is like nothing else! People over there are really free and open minded, as well as everyone being really patient, calm and caring for one another.

I had some moments there as I was looking at the everyone's thoughts and behavior to think to myself : what a wonderful world it could be if people could behave each other in the same way in reality .

What are your future releases and travel plans?

I just release a remix for nick warren on Sudbeat , I have remix for Super Flu that will be out on Monaberry at the end of October .

As for touring: I have now 3 shows at Amsterdam Dance Event, then I have Cyprus, Argentina,, Uruguay , London , Australia, New Zealand , Budapest and more