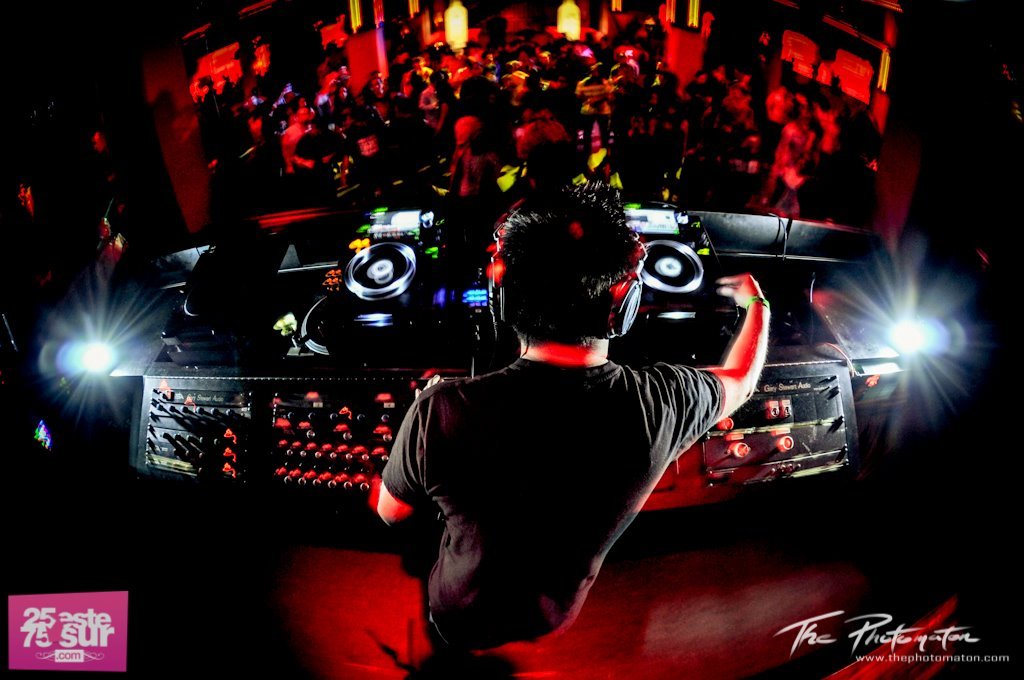 Darin Epsilon is an internationally recognized DJ, producer, radio host, and label owner. After spending over 20 years in Chicago, he packed his bags and moved to Los Angeles 3 years ago, and is now considered a staple in the Southern California underground dance community. You can see him playing regularly at Hollywood’s best clubs including Avalon, Vanguard, and Playhouse.

When he isn't touring, he’s busy producing music in the studio or scouring the internet for tracks to play on his Perspectives radio show, which has been going strong since 2007. Following right behind is his emerging record label Perspective Digital, which signs music from established artists such as JAMIE STEVENS from INFUSION, DOUSK, CID INC.and SATOSHI FUMI, as well as talented up-and-comers like JUAN DEMINICIS, ALESSANDRO DIGA and LANNY MAY. I recently had the chance to sit down with Darin at Katsuya on Hollywood Boulevard. Here is part 1 of our two-part interview.

TDJL: How do you feel about Progressive House and how the genre is doing in the US? Do you feel it's getting stronger or weaker?

Online, I see that Progressive House is growing; sales have picked up and Beatport has really started to embrace the genre. Their staff is now able to distinguish between what I like to call “real” progressive from the more mainstream-sounding stuff, characterized by artists such as DEADMAU5, SWEDISH HOUSE MAFIA, and AVICII.

On the street level, it's still rather difficult to convince promoters to book underground progressive artists. It's slowly but surely picking up steam, but still not at the level where it would be hugely profitable. It’s sad because it was only a few years ago when bringing this style of music to a party would be a surefire hit, but now it’s actually considered a risk.

TDJL: What do you predict for the future of the genre?

It's hard to know what to expect for the future of progressive house, but one thing I DO know for sure is it's going to continue evolving. That’s the one constant that has defined the genre throughout the past decade.

I imagine we’ll start to see more individual live PA shows or producers collaborating, or possibly even coming together to form a band. The market is just so completely over-saturated, with more and more DJ’s and producers popping up every minute. Lastly, I predict a huge amount of money will be spent on sample packs, production templates, and tutorial classes in the next few years, as DJ’s attempt to shift their focus towards producing music.

TDJL: What is something about you that most people do not already know?

Some people might be surprised to hear that I don't play 100% Progressive House the entire night. I prefer to mix things up with Tech House and Deep House. I have a wide range of musical influences and I feel it’s the best way to keep my DJ sets interesting. It’s not good to be pigeon-holed into one genre.

TDJL: Is it easier for you to get bookings outside the US? How do audiences react to progressive house outside of the country?

I would definitely say it's easier to get booked outside the US. I’ve noticed the number of requests I’m getting in South America is increasing dramatically. Particularly in Argentina, Progressive is already very popular and the preferred style of music at big parties. A lot of the records I play, and some of the music I’ve signed to my record label, come from South American artists such as Juan Deminicis, NIKO FANTIN, MARIANO FAVRE, and JULIAN MARAZUELA.

TDJL: What are some of your favorite gigs you have played?

My very first international gig was at a car garage in Russia! 1500 people showed up and it’s still one of my absolute favorite memories to this day. The show I did in Costa Rica last June was also amazing. It was at a huge club called Vertigo, which is currently ranked #52 in DJ Mag's Top 100 Clubs.

TDJL: How did your recent tour in Kenya go?

Simply incredible and life-changing! Six months ago, if you would have told me I would be playing a giant rave in the middle of Nairobi National Park, I would have laughed and called you crazy. In fact, after witnessing it first-hand, I’m sure the Kenyan party-goers could even teach us a thing or two!

TDJL: Are the audiences across the pond different from the US?

Well, when I play in South America, for example, the people generally have a higher attention span and larger appreciation for underground dance music. I don’t have to play a well-known hit off the radio to get a big reaction. For me, nothing beats seeing the crowd go nuts over a track they’ve never heard before!

TDJL: What are your top 5 labels at the moment?

I would definitely say Bedrock is my favorite. I’m also enjoying HERNAN CATTANEO's label Sudbeat, as well as NICK WARREN's label Hope Recordings, microCastle in Toronto, and Mesmeric in the UK.

TDJL: Do you have any new releases coming out soon?

Yes absolutely! I just completed a new remix for Perfecto Records and PAUL OAKENFOLD picked it up for his July DJ Box compilation. I’m also working on a remix for Solarstone’s label, and Nick Warren signed my new track ‘Shine The Light’ to Hope Recordings. That one should be coming out in October.