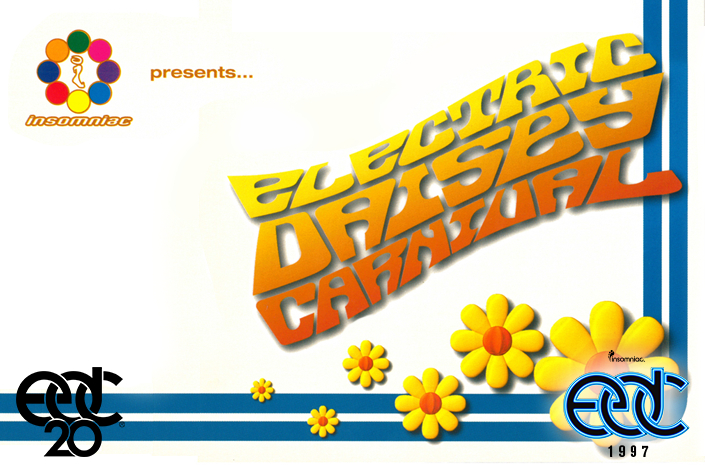 Moving forward to this years EDC in Las Vegas, Every Thursday, a new EDC playlist will debut on Insomniac.com and Spotify, featuring key influential figures and pivotal tracks in dance music from each year, starting with EDC’s debut in 1997. Curated by CEO and Founder of Insomniac, Pasquale Rotella, as well as a team of tastemakers inside the Insomniac brand, the playlists have been carefully constructed to mirror the ethos of the evolution of EDC - from an underground, word-of-mouth event to a rite of passage for lovers of electronic music culture worldwide.

Along with each playlist, Insomniac.com will give Headliners the chance to learn little known facts and trends from every era of EDC history, with quotes from Rotella and other special guests who experienced the scene first-hand. Tune into the playlist premiere and read never before told stories from 1997, here. Rotella will also pick his favorite “classic cut” from each year to feature during his weekly Night Owl Radio show, airing Fridays at 6 p.m. PST on Siriux XM’s Electric Area. Download Friday’s show here.

2. Da Hool – Meet Her At The Love Parade

3. DAFT PUNK – Around The World

9. STARDUST – Music Sounds Better With You

12. BYRON STINGILY – Get Up Everybody

16. The Crystal Method – Get Busy Child

17. Byron Stingily – You Make Me Feel

EDC Las Vegas returns from June 17-19, 2016 to commemorate 20 Years Under the Electric Sky at the Las Vegas Motorspeedway!

Tickets for EDC Las Vegas are now on sale here.

For the most updated details regarding ‘Halfway to EDC’ and EDC Las Vegas, please visit Insomniac's website and socials -