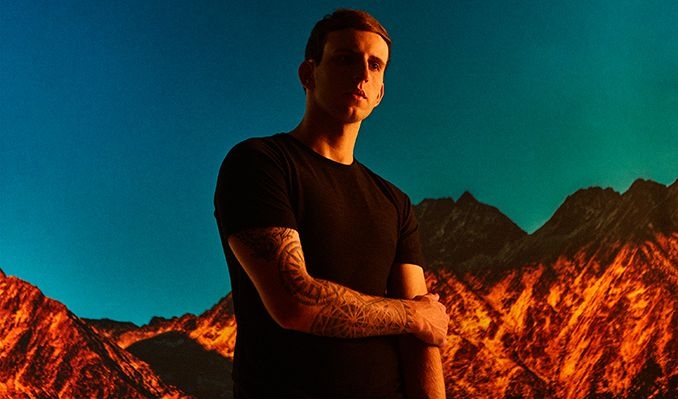 “I didn’t think I would ever make it here. We sold out the Staples Center,” said Nicholas Miller, also known as ILLENIUM, as he looked out into a sea of 20,000 shining lights. He began the show walking out, guitar in hand, showing the world he is not just your average electronic artist. Following the release of his third studio album titled Ascend, he is currently on tour with his newest version of his live show featuring SAID THE SKY on piano, DABIN on guitar, and Day on drums. Annika Wells was brought out for several songs as well, including probably their most notable collaboration, Crawl Outta Love. The crowd moved in waves to the melodies of each song. Illenium has taken the genre, melodic bass, to new heights and has made it to superstar tier. He recently sold out the iconic Madison Square Garden in New York which few electronic artists have ever done.

Throughout his career, Illenium has released dozens of extraordinary originals and memorable remixes. He’s established himself as a household name in EDM and finds himself near or at the top of every festival lineup he is on. His songs take listeners on an immersive emotional experience they can relate to and it was heard as the crowd sang their hearts out to the vocals on each song. At some points the voices from the crowd were louder than the music itself, most notably during Good Things Fall Apart and his Without You remix. He also brought out SAM HARRIS from X AMBASSADORS as a special guest to perform their collaboration In Your Arms. His popularity is seen with his ability to sell out large venues in a matter of minutes which has led to this tour covering larger venues and even arenas in some locations.

Before the tour began Illenium tweeted that this would be the last time that he, Said the Sky, and Dabin tour together, as all their solo careers have begun to take off. With a sold-out Staples Center show, he can now cross another iconic venue off his bucket list. The show featured heavy production with full use of lasers, pyro, streamers, and confetti cannons that made it a magical experience for all that attended. His bus tour for Ascend concludes next week at the Chase Center in San Francisco, his hometown, before he brings the live show on a festival run for New Years.