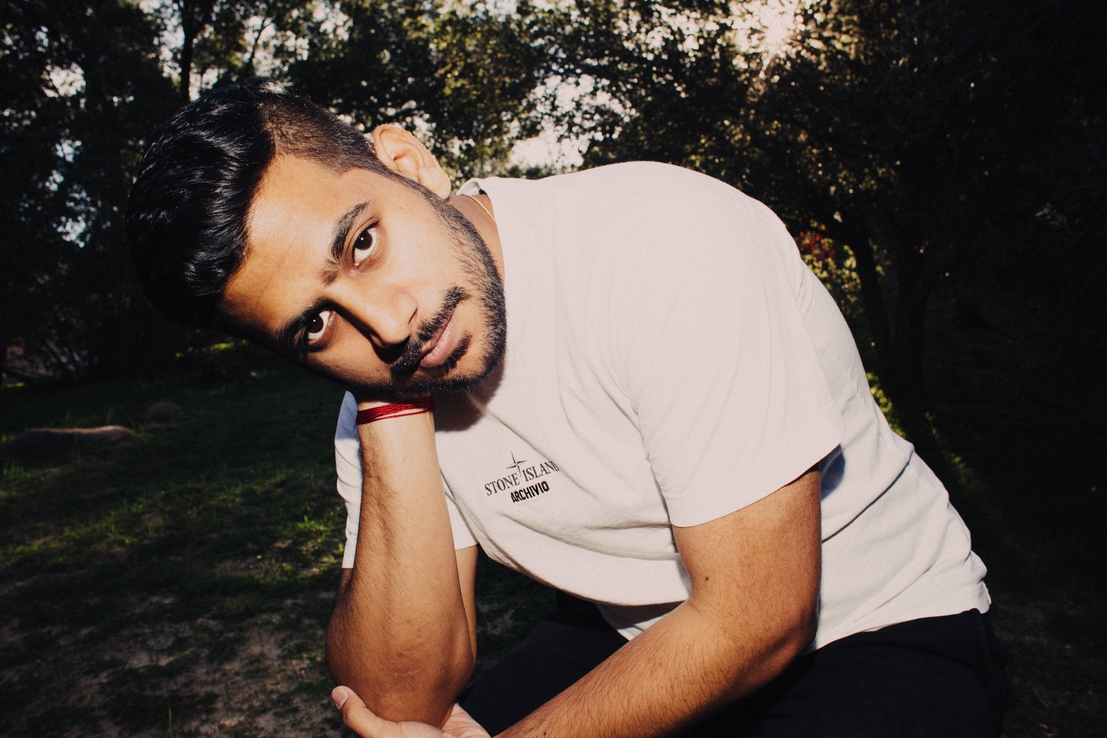 Hotel Garuda’s long-awaited debut EP "The Tension", is out now via Mom+Pop Music. The four track EP includes previously released singles “Mutual” and “Rush,” as well as two brand new songs “Olivia” and “Leave You” all of which feature vocals from HOTEL GARUDA himself.

“This EP distills a year-long introspection into four pieces of music. The name of the EP comes from the tension I felt between being my truest self, and also putting on the persona that listeners had come to associate with Hotel Garuda,” he said. “For a while now, I’d felt disconnected with the electronic music scene inasmuch as I had a hard time finding music that really stimulated me. I needed to break out of the confines that had been forced on me as a stereotypical “producer/DJ”. This meant being more involved in songwriting as well as singing on every song. I’d be lying if I said this was a solitary effort. Working with several gifted instrumentalists and a vocal engineer who understood how I wanted my voice to sound - before even I did - was an absolute blessing.”

“Rush” sets the tone for the rest of the EP, eliciting 80s nostalgia with funky synthwork. He shows a more vulnerable side lyrically in “Mutual,” which carries the nostalgic motif through its guitar melodies. Next is “Olivia,” an electronic/pop rock crossover before the EP closes with “Leave You.” All four tracks are the perfect representation of Hotel Garuda’s roots, influences, and direction as he moves into a new phase of his artist career.

“As a producer, I was forced to grow into being able to corral parts from different people and jigsawing them into songs, and it’s something I really enjoy doing now. As an artist, I feel like I've really come into my own with regards to what I want my music to say, and the feelings I want it to evoke,” he added. “I want my listeners to know that I’ve evolved, and though the music I make may not be the same as what initially drew them to me, I hope they’re entertained by the artistic journey that inspires me.”